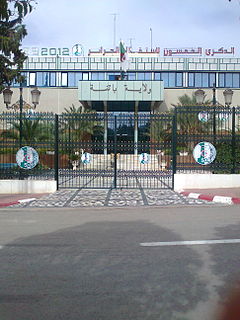 Chiyah is situated in the west region of the Lebanese capital of Beirut and is part of Greater Beirut.

Abu Abed is a fictional character that forms the centerpiece of many jokes in Lebanon, though he is known throughout the Arab world. The Washington Post describes him as an "Archie Bunker-like figure who is a fumbling caricature of all the failings of the Lebanese." His full name is sometimes given as Abu Abed El Beyrouty and he is also called Abul Abed or Abu El-Abed. 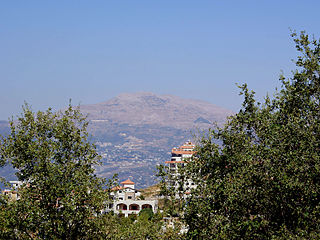 Aley is a district (qadaa) in Mount Lebanon, Lebanon, to the south-east of the Lebanon's capital Beirut. The capital is Aley. Aley city was previously known as the "bride of the summers" during the 1960 and 1970s, when Aley and neighboring Bhamdoune were attractive tourist locations for Lebanese emigres and local Lebanese

The Autódromo Internacional Miguel E. Abed is a racing track located in the town of Amozoc, 30 kilometres (18.64 mi) east of the city of Puebla in the Mexican state of the same name. The track has a capacity for 42,500 People. 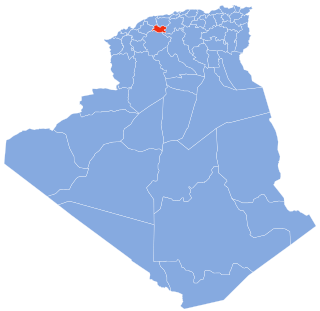 Ammari is a district in Tissemsilt Province, Algeria. It was named after its capital, Ammari. 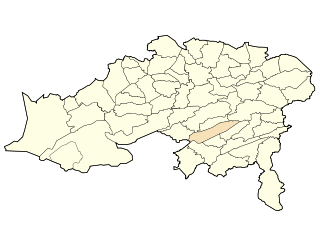 Bouzina is a town in north east Algeria. It has an estimated population of roughly 13,500 residents, with a total area of 194 km². 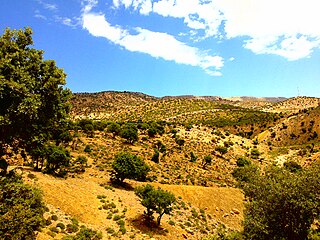 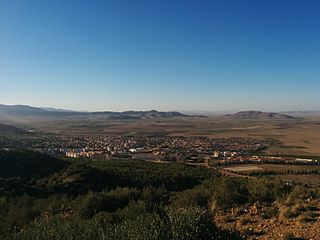 El Madher District is a district of Batna Province, Algeria. 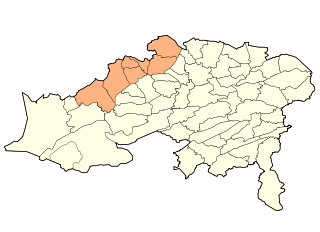 Ras El Aioun is a district of Batna Province, Algeria. In 2008, the district's population was estimated to be around 130,000. Ras El Aioun is located on the Mediterranean Sea and in the north-central portion of Algeria. 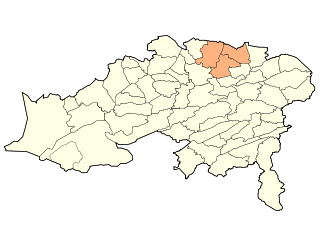 Seriana District is a district of Batna Province, Algeria.

Hajeb El Ayoun is a town and commune in the Kairouan Governorate, Tunisia. As of 2004 it had a population of 9,648. It is also the capital of a district of 35,403 inhabitants.

Amiret Touazra is a town and commune in the Monastir Governorate, Tunisia. It has 6,261 inhabitants in 2014. 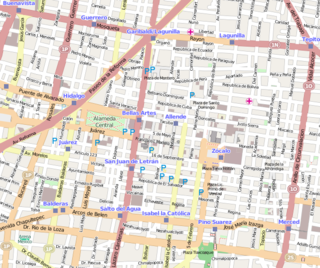 Edificio Miguel E Abed, located on Eje Central Lázaro Cárdenas #13 in the Historic Center of Mexico City, opposite the Torre Latinoamericana. It was built by Mexican-Lebanese businessman Miguel E. Abed who was also one of the founders of the Centro Libanes in Mexico City along with former president Miguel Avila Camacho. The building is equipped with three high-speed elevators (lifts) which move at 6.0 meters per second. In the building are offices of various companies, that are installed since the early 1960s. In 1952, the building exceeded the Tower Anahuac for four years, to become the tallest building in Mexico until 1956 - the year in which construction was completed on the tallest building in Latin America for its time, the Torre Latinoamericana.

Abed Hamdani Stadium is a multi-use stadium in El Khroub, Algeria. It is currently used mostly for football matches and is the home ground of Algerian Ligue Professionnelle 2 side AS Khroub. The stadium has an official capacity of 10,000 people.

Sidi Abed is a town and commune in Tissemsilt Province in northern Algeria. 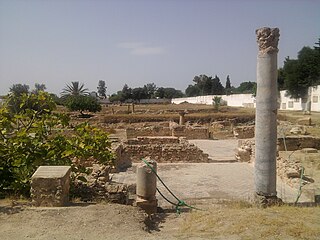 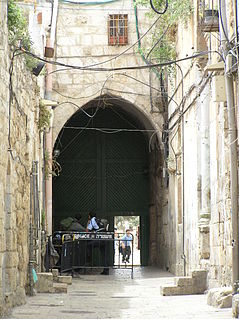 Bab Huta is a neighborhood in the Muslim Quarter of the Old City of Jerusalem to the north of the Haram al-Sharif. It is named after the gate in the Haram compound which is Arabic for "Forgiveness Gate".

Khowzineh-ye Bala is a village in Kheybar Rural District, Choghamish District, Dezful County, Khuzestan Province, Iran. At the 2006 census, its population was 415, in 65 families. 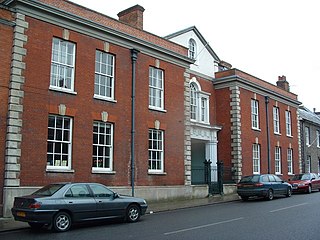 Northgate House is a Grade I listed house in Northgate Street, Bury St Edmunds. It was home to the novelist Norah Lofts from 1955 until her death in 1983.