Kerg was born to a schoolmaster and his wife in Niederkorn, in south-western Luxembourg, Théo Kerg attended school in Esch-sur-Alzette. He moved to Paris, France, in 1929 to study at the École nationale supérieure des Beaux-Arts, the Sorbonne and the Institut d'Art et d'Archéologie. From 1932 to 1933, he studied at the Kunstakademie in Düsseldorf, Germany, under the supervision of Paul Klee and Oskar Moll. He returned to Luxembourg in 1936 to become an art professor. [2]

In 1943, following the German invasion of Luxembourg in World War II, Théo Kerg resigned from his position. He was however subsequently arrested in 1944 by the Luxembourgian allied militia, and kept in prison for 15 months as a preventive measure. He left Luxembourg in 1946, aiming to settle in Venezuela, but stopped in Paris where he illustrated a book by Paul Eluard. He permanently settled in Paris, and spent the last three years of his life in Chissey-en-Morvan, in Burgundy, where he died in 1993.[ citation needed ]

Théo Kerg took part in over 300 group exhibitions and over 150 individual exhibitions. He founded a movement he called "tactilism", whereby a work of art would appear differently depending on the lighting, the atmosphere and other environmental variables. [3]

In Luxembourg, he is remembered especially for his stained-glass windows at the Church of the Holy Spirit in Cents (1975). [4] 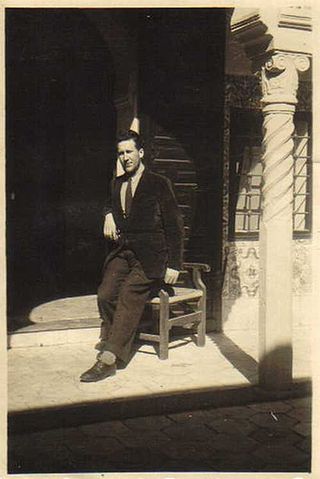 Xavier Noiret-Thomé is a French painter. 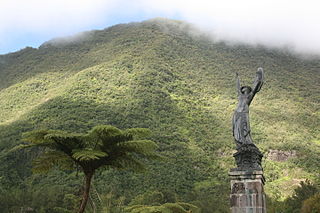 Robert Couturier was a French sculptor. He was born in Angoulême.

Jean Le Moal was a French painter of the new Paris school, designer of stained glass windows, and one of the founder members of the Salon de Mai.

Raymond Petit, is a Luxembourgian sculptor. During his studies in the United States, Raymond Petit was initiated into the world of sculpture by following courses at the "William Howard Taft High School" in Los Angeles. He then embarked upon an artistic career with private and collective exhibitions that found a first recognition when he was granted the critics' prize at the VIIIth Biannual for Young Painters and Sculptors in Esch/Alzette in 1977.

Melik Ohanian is a French contemporary artist of Armenian origin. He lives and works in Paris and New York City. His work has been shown in many solo exhibitions including Galerie Chantal Crousel, Centre Pompidou and Palais de Tokyo in Paris, South London Gallery in London, De Appel in Amsterdam, IAC in Villeurbanne, Yvon Lambert in New York, Museum in Progress in Vienna, and Matucana 100 in Santiago de Chile.

The artist André Hambourg was a French painter of romantic compositions of Venice, luminous seascapes, and beach scenes.

Gaston Sébire was a French painter of seascapes, landscapes, still lifes and flowers.

Adelheid Fanny Martha Stettler was a Swiss painter and engraver. She was one of the founders of the Académie de la Grande Chaumière, and was co-principal of the school from 1909 until 1945.

Hocine Ziani is an Algerian painter and artist in plastic arts.

Wikimedia Commons has media related to Théo Kerg .
This page is based on this Wikipedia article
Text is available under the CC BY-SA 4.0 license; additional terms may apply.
Images, videos and audio are available under their respective licenses.