Théobald Dillon (1745, Dublin – 1792, near Lille) was count of Dillon and an Irish-born general in the French army. He was a distant cousin of general Arthur Dillon (who also had a brother named Theobald).

On 29 April 1792, following the loss of a skirmish with Austrian forces, Dillon was murdered by his own men outside the city of Lille. The troops apparently believed that their defeat by the Austrians was the result of a conspiracy on the part of Dillon, whom they called a "traitor and aristocrat." [1]

The War of the First Coalition was a set of wars that several European powers fought between 1792 and 1797 initially against the constitutional Kingdom of France and then the French Republic that succeeded it. They were only loosely allied and fought without much apparent coordination or agreement; each power had its eye on a different part of France it wanted to appropriate after a French defeat, which never occurred.

The French Revolutionary Wars began on 20 April 1792 when the French Legislative Assembly declared war on Austria. This launched the War of the First Coalition.

Emmanuel de Grouchy, 2nd Marquis of Grouchy was a French general and Marshal of the Empire. 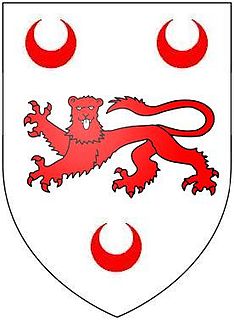 Viscount Dillon, of Costello-Gallen in the County of Mayo, is a title in the Peerage of Ireland. It was created in 1622 for Theobald Dillon, Lord President of Connaught. The Dillons were a Hiberno-Norman landlord family from the 13th century in a part of County Westmeath called 'Dillon's Country'. His great-grandson, the seventh Viscount, was a supporter of the Catholic King James II of England and was outlawed after the Glorious Revolution. He founded 'Dillon's Regiment' of the Irish Brigade in the French Army, which was supported by the Wild Geese and achieved success at Fontenoy in 1745. 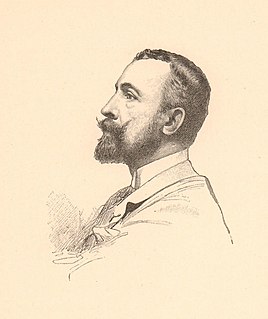 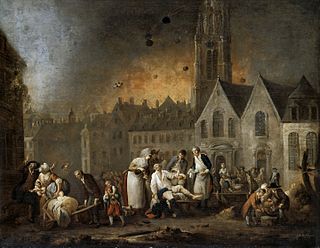 The Column of the Goddess is the popular name given by the citizens of Lille (France) to the Memorial of the Siege of 1792. The memorial is still in the center of the Grand′ Place of Lille, and has been surrounded by a fountain since around 1990. 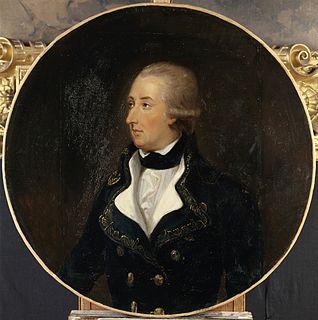 Arthur Dillon (1750–1794) was an Irish Catholic aristocrat born in England who inherited the ownership of a regiment that served France under the Ancien Régime during the American Revolutionary War and then the French First Republic during the War of the First Coalition. After serving in political positions during the early years of the revolution, he was executed in Paris as a royalist during the Reign of Terror in 1794.

Arthur Dillon, Count Dillon (1670–1733) was a Jacobite soldier from Ireland who served as Colonel of Dillon's Regiment in the Irish Brigade in French service. He fought in the Nine Years' War and in the War of the Spanish Succession.

James or Jacques O'Moran was an Irish général de division in French service.

Annappes is a village and former commune of the Nord Department of France, on the river Marque. In 1970, it was merged with the communes of Ascq and Flers-lez-Lille to form the new commune of Villeneuve d'Ascq. It is still a district of the commune today.

The siege of Lille saw a Republican French garrison under Jean-Baptiste André Ruault de La Bonnerie hold Lille against an assault by a Habsburg army commanded by Duke Albert of Saxe-Teschen. Though the city was fiercely bombarded, the French successfully withstood the Austrian attack in the action. Because the Austrians were unable to completely encircle the city, the French were able to continuously send in reinforcements. After news of the French victory over the Prussians at Valmy, Albert withdrew his troops and siege cannons. The next battle was at Jemappes in November. The Column of the Goddess monument was completed in 1845 to commemorate the siege. 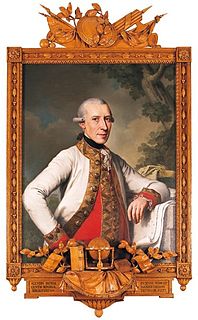 Franz Joseph, Count Kinsky of Wchinitz and Tettau was a Habsburg Austrian general in the War of the Bavarian Succession and the French Revolutionary Wars. A nobleman from the House of Kinsky, he began his military service in 1759 and within ten years he commanded an infantry regiment. Ahead of his time, he began a school in his regiment to train officer cadets. As a general officer he led troops in a successful action against Prussia in 1778. A year later he was appointed Inhaber of an infantry regiment and Director of the Theresian Military Academy in Wiener Neustadt; he held both posts during the remainder of his life. In the Flanders Campaign in 1794, he commanded an infantry division against the French. He led an attack column at Tourcoing where he failed to support Prince Frederick, Duke of York and Albany. He was promoted to Feldzeugmeister in September 1794. He held no more active commands and died at Vienna in 1805.

The Demonstration of 20 June 1792 was the last peaceful attempt made by the people of Paris to persuade King Louis XVI of France to abandon his current policy and attempt to follow what they believed to be a more empathetic approach to governing. The demonstration occurred during the French Revolution. Its objectives were to convince the government to enforce the Legislative Assembly's rulings, defend France against foreign invasion, and preserve the spirit of the French Constitution of 1791. The demonstrators hoped that the king would withdraw his veto and recall the Girondin ministers.

Jean-Baptiste André Isidore Ruault de La Bonnerie became a French general officer early in the War of the First Coalition and later emigrated to Habsburg Austria under which he also was a general. He joined the French Royal Army in 1760 and became a general of brigade in 1792. He commanded the French defenders during the 1792 Siege of Lille. After fighting at Maastricht and Neerwinden he followed Charles François Dumouriez and other generals in defecting to Austria. He entered Habsburg service as a colonel and became a General-major in 1804. He died in 1817 at Graz.

Wikisource has original text related to this article:
Relation of the Assassination of Theobald Dillon
This page is based on this Wikipedia article
Text is available under the CC BY-SA 4.0 license; additional terms may apply.
Images, videos and audio are available under their respective licenses.