La Villemarqué was born in Quimperlé, Finistère on 6 July 1815. He was descended from an old Breton family, which counted among its members a Hersart who had followed Saint Louis to the Crusades, and another who was a companion in arms of Bertrand du Guesclin. La Villemarqué devoted himself to the elucidation of the monuments of Breton literature. Introduced in 1851 by Jakob Grimm as correspondent to the Academy of Berlin, he became in 1858 a member of the Academy of Inscriptions. He died at Castle Keransker near Quimperlé on 8 December 1895. [1]

His works include: Contes populaires des anciens Bretons (1842), to which was prefixed an essay on the origin of the romances of the Round Table; Essai sur l'histoire de la langue bretonne (1837); Poèmes des bardes bretons du sixième siècle (1850); La Légende celtique en Irlande, en Cambrie et en Bretagne (1859). The popular Breton songs published by him in 1839 as Barzaz Breiz were considerably retouched. La Villemarqué's work has been superseded by the work of later scholars, but he has the merit of having done much to arouse popular interest in his subject. [1]

On the subject of the doubtful authenticity of Barzaz Breiz, see Luzel's Preface to his Chansons populaires de la Basse-Bretagne, and, for a list of works on the subject, the Revue Celtique (vol. V). [1]

Julien Auguste Pélage Brizeux was a French poet. He was said to belong to a family of Irish origin, long settled in Brittany. He was educated for the law, but in 1827 he produced at the Théâtre Français a one-act verse comedy, Racine, in collaboration with Philippe Busoni. 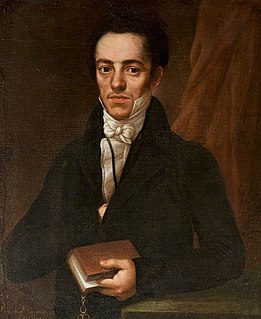 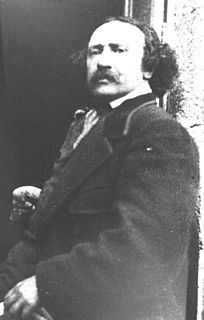 Anatole le Braz, the "Bard of Brittany", was a Breton poet, folklore collector and translator. He was highly regarded amongst both European and American scholars, and known for his warmth and charm.

Maurice Duhamel was the pen-name of Maurice Bourgeaux, a Breton musician, writer and activist who was a leading figure in Breton nationalism and federalist politics in the years before World War II.

Charles Jules-Joseph de Gaulle was a French writer who was a pioneer of Pan-Celticism and the bardic revival. He is also known as Charlez Vro-C'hall, the Breton language version of his name. He was the uncle of the army officer and statesman Charles de Gaulle. 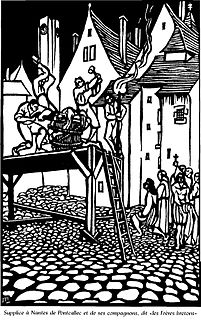 The Pontcallec conspiracy was a rebellion that arose from an anti-tax movement in Brittany between 1718 and 1720. This was at the beginning of the Régence (Regency), when France was controlled by Philippe II, Duke of Orléans during the childhood of Louis XV. Led by a small faction of the nobility of Brittany, it maintained links with the ill-defined Cellamare conspiracy, to overthrow the Regent in favour of Philip V of Spain, who was the uncle of Louis XV. Poorly organised, it failed, and four of its leaders were beheaded in Nantes. The aims of the conspirators are disputed. In the 19th and early 20th century it was portrayed as a proto-revolutionary uprising or as a Breton independence movement. More recent commentators consider its aims to have been unclear.

La Blanche Hermine is a 1970 song by French singer Gilles Servat with lyrics affirming the Breton identity. It was first published on the eponymous album from 1971, which was certified gold. Calling for an armed uprising against the French, the song quickly became an anthem in Brittany and popular in all of France. 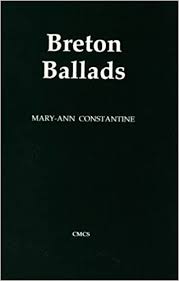