Mionnet was born in Paris, where he studied in the Collège du Cardinal le Moine, and in the École de droit. After four years of legal practice and a short term in the army, from which he retired because of illness, he became assistant in 1800 in the numismatic cabinet in the Bibliothèque Nationale, and there began to catalogue the collections. He traveled in Italy, made many valuable numismatic finds, and in 1830 was elected to the Academy of Inscriptions.

Edme Mariotte was a French physicist and priest (Abbé).

François Lenormant was a 19th-century French assyriologist and archaeologist.

Christian Settipani is a French genealogist, historian and IT professional, currently working as the Technical Director of a company in Paris.

Camille Jullian was a French historian, philologist, archaeologist and historian of French literature, student of Fustel de Coulanges, whose posthumously published work he helped to compile. 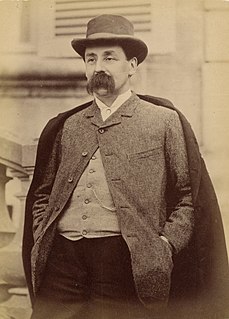 Léon Gustave Schlumberger was a French historian and numismatist who specialised in the era of the crusades and the Byzantine Empire. His Numismatique de l'Orient Latin (1878–82) is still considered the principal work on the coinage of the crusades. He was awarded the medal of the Royal Numismatic Society in 1903. A large portion of his extensive Crusader coin collection is housed in the Cabinet des Médailles a department of the Bibliothèque nationale de France in Paris.

Henry Cohen, was a French numismatist, bibliographer and composer.

Jean Babelon was a 20th-century French librarian, historian and numismatist.

Jean-Louis Ferrary is a French historian, a specialist of ancient Rome.

Yves Modéran was a French historian, a professor of Roman history at the University of Caen Normandy.

Claude Lepelley was a 20th-21st-century French historian, a specialist of late Antiquity and North Africa during Antiquity. His thesis, Les cités de l'Afrique romaine au Bas-Empire, defended in 1977 under the direction of William Seston, profoundly changed the understanding of the urban world in the third - fourth centuries: far from declining, the cities of Africa had some prosperity at that time.

Benn was born in 1905 in Białystok, Poland and died in 1989 in Paris. He is associated with the School of Paris. His early work was mostly figurative; much of his later work is inspired by the Bible, particularly the Book of Psalms.