Lajarte was born in Bordeaux. His full name has been given as Théodore Édouard Dufaure de Lajarte. [1] He studied at the Conservatoire de Paris under Aimé Leborne and soon thereafter composed a large number of operettas, none of which have survived. [2]

He is best remembered for his position as an archivist at the Paris Opera. After his appointment in 1873 as second librarian at the Paris Opera Library, he organized the theatre's historical scores and parts, publishing a chronological inventory of scores under the title Bibliothèque musicale du théâtre de l'Opéra in 1876 [3] with a corrected and completed edition in 1878. [4] He continued working at the library until 1890. [5] As a musicologist, he contributed articles on music to newspapers and published reductions for piano and singing of old French operas and ballets, with the first being a reduction of Lully's opera Thésée . [1] Overall sixty-two books in nine series under the title Chefs-d’œuvre classiques de l’opéra français were issued.

Lajarte died in Paris at the age of 63 [1] and is buried at Montmartre Cemetery. 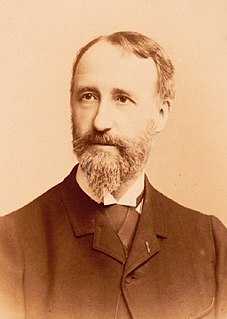 Louis Alexandre Mérante was a dancer and choreographer, the Maître de Ballet of the Paris Opera Ballet at the Salle Le Peletier until its destruction by fire in 1873, and subsequently the first Ballet Master at the company's new Palais Garnier, which opened in 1875. He is best remembered as the choreographer of Léo Delibes' Sylvia, ou la nymphe de Diane (1876). With Arthur Saint-Léon and Jules Perrot, he is one of the three choreographers who defined the French ballet tradition during the Second French Empire and the Third Republic according to choreographer Pierre Lacotte.

Pigmalion is an opera in the form of a one-act acte de ballet by Jean-Philippe Rameau first performed on 27 August 1748 at the Opéra in Paris. The libretto is by Ballot de Sauvot. The work has generally been regarded as the best of Rameau's one-act pieces. He was said to have composed the work in eight days.

Les Horaces is an operatic tragédie lyrique by Antonio Salieri. The text was by Nicolas-François Guillard after Pierre Corneille's Horace. 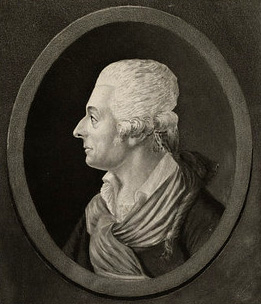 Dardanus is an opera by Antonio Sacchini. It takes the form of a tragédie lyrique in four acts. It was first performed at Versailles on 18 September 1784, and subsequently at the Paris Opera on 30 November of the same year. The French-language libretto was adapted by Nicolas-François Guillard from that by Charles-Antoine Leclerc de La Bruère, which had already been set to music by Jean-Philippe Rameau in his earlier opera of the same name. 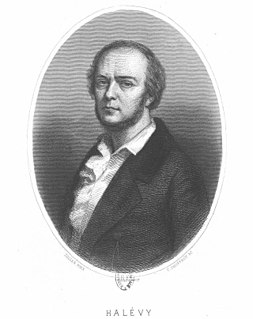 Charles VI is an 1843 French grand opera in five acts with music composed by Fromental Halevy and a libretto by Casimir Delavigne and his brother Germain Delavigne.

The Bibliothèque-Musée de l'Opéra National de Paris is a library and museum of the Paris Opera and is located in the 9th arrondissement at 8 rue Scribe, Paris, France. It is no longer managed by the Opera, but instead is part of the Music Department of the National Library of France. The Paris Opera Library-Museum is open daily; an admission fee is charged.

Rosine Bloch was a French operatic mezzo-soprano of Jewish descent who had a successful stage career in Europe between 1865 and 1891. She not only possessed a beautiful, warm, and lyrical voice but was also a remarkably beautiful woman physically. Although most of her career was spent performing at the Opéra in Paris, she also appeared in stages in Belgium, Monaco, and England.

Anne-Elisa Alice Ducasse, was born in Valparaiso (Chile) on May 20, 1841 and died December 4, 1923 in Paris in the 9th arrondissement. She was an opera singer and teacher active in Paris.

Henriette Adélaïde Villard or Henriette-Adélaïde de Villars, known under the stage name of Mlle Beaumesnil, was a French opera singer and composer.

Renaud is an opera by Antonio Sacchini, first performed on 28 February 1783 by the Académie Royale de Musique at the Théâtre de la Porte Saint-Martin in Paris. It takes the form of a tragédie lyrique in three acts. The French libretto, by Jean-Joseph Lebœuf, is based on Cantos XVII and XX of Torquato Tasso's epic poem Gerusalemme liberata and, more directly, on the five-act tragedy by Simon-Joseph Pellegrin, Renaud, ou La suite d'Armide, which had been set to music by Henri Desmarets in 1722 and was intended as a sequel to Lully's famous opera Armide. According to Théodore Lajarte, Lebœuf was helped by Nicolas-Étienne Framery, the regular translator of Sacchini's libretti.

La tentation is a "ballet-opera", a hybrid work in which both singers and dancers play major roles. It was premiered in 1832 in its original five-act form by the Paris Opéra at the Salle Le Peletier. Most of the music was by Fromental Halévy, and the libretto was by Edmond Cavé and Henri Duponchel. The choreography was by Jean Coralli, and the decor by a number of hands including Eduard Bertin, Eugène Lami, Camille Roqueplan and Paul Delaroche. After the first 29 performances, mostly separate acts were performed in conjunction with another work, although it was occasionally revived in its entirety in 1833, 1834, and 1835. In all, it was given complete 46 times, and as separate acts on 60 occasions. 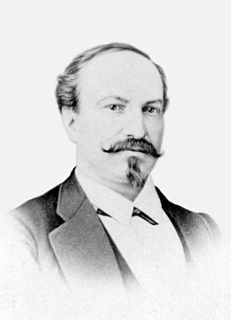 Marc Bonnehée was a French opera singer who sang leading baritone roles at the Paris Opera (1853–1864) and at the Opéra de Toulouse.

Adèle de Ponthieu is an opera by the French composers Jean-Benjamin de La Borde and Pierre Montan Berton, first performed at the Académie Royale de Musique, Paris on 1 December 1772. It takes the form of a tragédie lyrique in three acts. The libretto was written by Jean-Paul-André Razins de Saint-Marc, after a tragedy by Pierre-Antoine de La Place, staged at the Comédie-Française in 1757.

Fernand Francell was a French tenor and later actor and vocal teacher who was particularly associated with the Opéra-Comique.