Olivier studied in the Licée Imperial of Lyon where he obtained in 1811 a degree in mathematics with high honours. After this, he went to the École Polytechnique. [1] Olivier looked like Napoleon, but nobody could prove that Olivier was an illegitimate son of the Emperor. [2]

In 1815, he was an adjunct professor in the Artillery School at Metz and, in 1819, he became a full professor. In 1821, at the request of the King of Sweden, Charles XIV John (Jean-Baptiste Bernadotte), he went to Sweden to organize the military school of Mariemberg. [3]

Returning to France, Oliver criticized the pedagogical system in the École Polytechnique and in 1829, jointly with Alphonse Lavallée, Jean-Baptiste Dumas and Jean Claude Eugène Péclet, founded the École Centrale des Arts et Manufactures, where he was professor of geometry and mechanics for the rest of his life. [4] He also was, between 1830 and 1844, a professor at the École Polytechnique and, from 1838, a professor at the École Nationale Supérieure des Arts et Métiers. [5]

Olivier is mainly known for the construction of three-dimensional models of geometry for pedagogical purposes. [4] Most of them were sold to North American institutions such as Union College, the University of Columbia and West Point, where they are preserved. [6]

Olivier also studied the theory of gears, writing an extensive treatise on the subject, and constructing models, preserved in the Musée des Art et Offices in Paris. [7]

Olivier had no children, but he was the uncle of the French explorer Aimé Olivier de Sanderval.

Anselme Payen was a French chemist known for discovering the enzyme diastase, and the carbohydrate cellulose. 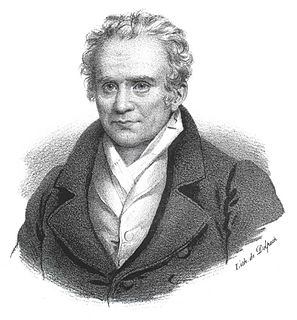 Gaspard Monge, Comte de Péluse was a French mathematician, commonly presented as the inventor of descriptive geometry, technical drawing, and the father of differential geometry. During the French Revolution he served as the Minister of the Marine, and was involved in the reform of the French educational system, helping to found the École Polytechnique. 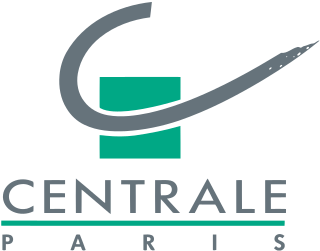 The Conservatoire national des arts et métiers is a French public higher education institution, national research centre and grand établissement as well as grande école of engineering, thus part of the French elite universities league. Headquartered in Paris, it has campuses in every major French city, in overseas France and in every francophone African country, China, Haiti, Germany, and Switzerland. Founded in 1794 by the French bishop Henri Grégoire, CNAM's core mission is dedicated to provide education and conduct research for the promotion of science and industry. With 70,000 students and a budget of €174 million, it is the largest university in Europe in terms of Budget for distance learning and continued education, and the second largest by enrolment after the University of Hagen. CNAM provides certificates, diplomas, Bachelor's degrees, Master's degrees and PhD's in Science, Engineering, Law, Management (AMBA-accredited), Finance, Accountancy, Urban planning and Humanities, all designed to abide by the European Bologna Process, and thus complying with the European Credit Transfer System. It is the only higher education institution in Europe to provide Physics, Chemistry and Life-Science engineer's degrees up to a PhD-level via distance learning and via its so-called "hybrid learning" which includes intermittent laboratories classes concentrated during a whole week on-site. The CNAM hosts also a museum dedicated to scientific and industrial inventions: Musée des Arts et Métiers which welcomed 250,000 visitors in 2018, and is located on the Parisian campus of the French National Conservatory of Arts and Crafts at 292 rue Saint Martin, in the 3rd arrondissement of Paris, in the historical area of the city named Le Marais.

Alexandre-Théophile Vandermonde was a French mathematician, musician and chemist who worked with Bézout and Lavoisier; his name is now principally associated with determinant theory in mathematics. He was born in Paris, and died there. 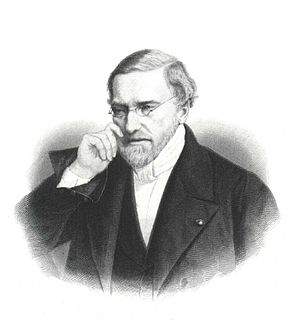 Jean-Victor Poncelet was a French engineer and mathematician who served most notably as the Commanding General of the École Polytechnique. He is considered a reviver of projective geometry, and his work Traité des propriétés projectives des figures is considered the first definitive text on the subject since Gérard Desargues' work on it in the 17th century. He later wrote an introduction to it: Applications d'analyse et de géométrie. 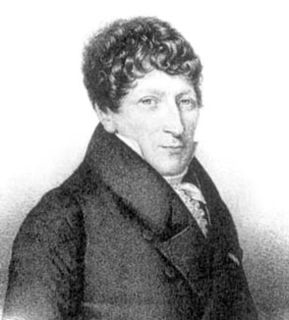 Jean Nicolas Pierre Hachette, French mathematician, was born at Mézières, where his father was a bookseller. 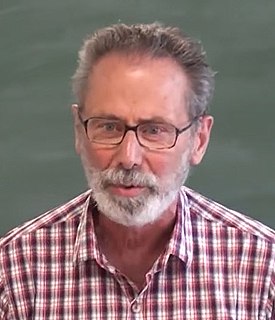 Yves F. Meyer is a French mathematician. He is among the progenitors of wavelet theory, having proposed the Meyer wavelet. Meyer was awarded the Abel Prize in 2017. 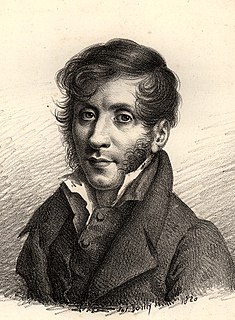 Baron Pierre Charles François Dupin was a French Catholic mathematician, engineer, economist and politician, particularly known for work in the field of mathematics, where the Dupin cyclide and Dupin indicatrix are named after him; and for his work in the field of statistical and thematic mapping. In 1826 he created the earliest known choropleth map.

Étienne Bobillier was a French mathematician. 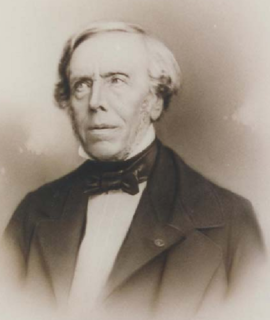 Jean-Baptiste Charles Joseph Bélanger was a French applied mathematician who worked in the areas of hydraulics and hydrodynamics. He was a professor at the École Centrale des Arts et Manufactures, École Polytechnique and École des Ponts et Chaussées in France. In hydraulic engineering, he is often credited improperly for the application of the momentum principle to a hydraulic jump in a rectangular open channel in 1828. His true contribution in 1828 was the development of the backwater equation for gradually varied flows in open channels and the application of the momentum principle to the hydraulic jump flow in 1838.

Claude Lucien Bergery (1787–1863) was a French economist and management theorist. He was a founder of scientific management. 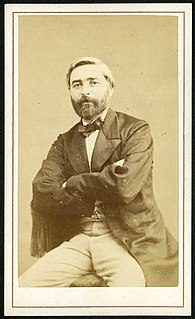 Théodore Florentin Moutard was a French mining engineer who worked at the École des Mines and contributed to mathematical geometry. The Moutard transformation in inverse geometry is named after him.

Nicolaos Ch. Nikolaidis (Greek: Νικόλαος Χ. Νικολαΐδης, in French Nicolas Nicolaïdès; was an author, mechanical engineer, mathematician, soldier, and professor. He was one of the most influential mathematicians in Greece during the later part of the 19th century. He went to school at Evelpidon and studied in France at the École des ponts Paris Tech and École Polytechnique. His professors in France included Joseph Bertrand and Adhémar Jean Claude Barré de Saint-Venant. While in France he was exposed to the complex mathematics prevalent at the time. He wrote papers on geometry and kinematics. He was exposed to the works of Jacques Charles François Sturm, Giovanni Fagnano, Colin Maclaurin, Joseph Bertrand, and Jacques Antoine Charles Bresse. He integrated some of their works into his mathematical literature. He participated in the Cretan revolt in 1866 and was the Commander of the 174th Battalion of Verville during the Franco-Prussian War in 1870. He became a professor at University of Athens in 1871. His memories published in 1874 feature most of his mathematical papers it is over four hundred pages entitled Analectes, ou Mémoires et Notes sur les Diverses Parties des Mathématiques. By 1881, he retired from the University of Athens due to an illness. He died on July 11, 1889. He was about 63 years old. He influenced countless French and Greek mathematicians. Some included Cyparissos Stephanos, John Hazzidakis and Vassilios Lakon.

Jean-François Clouet was a French chemist and metallurgist. His notable works include the liquefaction of sulphur dioxide in collaboration with Gaspard Monge and the production of Damascus and cast steel.

Wikimedia Commons has media related to Théodore Olivier (mathematician) .
This page is based on this Wikipedia article
Text is available under the CC BY-SA 4.0 license; additional terms may apply.
Images, videos and audio are available under their respective licenses.