Théodore-Marin Tuffier, known as Théodore Tuffier (26 March 1857 – 27 October 1929 [1] ) was a French surgeon. He was a pioneer [2] of pulmonary and cardiovascular surgery and of spinal anaesthesia.

He was born at Bellême in Orne in 1857 and was an intern from 1879 onwards. He was appointed a hospital surgeon in 1887 and initially worked at the Hôpital de la Pitié, then at the hôpital Beaujon. In 1889 he was made an associate professor and in 1891 he carried out the first successful re-section of an upper right lung destroyed by tuberculosis.

Tuffier worked on cardio-vascular surgery alongside Alexis Carrel and carried out one of the first successful interventions for an aortic aneurysm [3] as well as the first dilation of an aortic stenosis. [2] He also worked on the first vascular prostheses. [4] He worked on 'triage' for the wounded during World War One. [5]

Théodore Tuffier married Madeleine Herbault (1867–1940) and they had two daughters, Jeanne and Gabrielle. [1] He is also notable as the last named French owner of the Fragonard painting A Young Girl Reading . He died in Paris in 1929. He is remembered in modern medicine through 'Tuffier's Line', an imaginary line connecting the iliac crests, used as a landmark for the L3/4 vertebral interspace in spinal anaesthesia and lumbar puncture.

Pierre Delbet was a French surgeon born in La Ferté-Gaucher.

Pierre Charles Huguier was a French surgeon and gynecologist born in Sézanne. 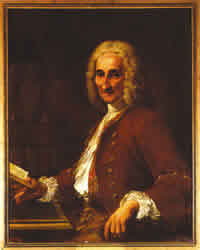 François Pourfour du Petit was a French anatomist, ophthalmologist and surgeon who was a native of Paris. 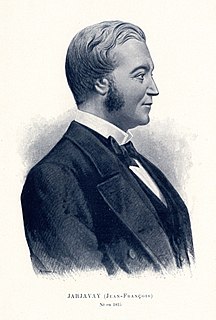 Jean-François Jarjavay was a French anatomist and surgeon who was a native of Savignac-les-Églises in the department of Dordogne. He practised medicine at the Hôpital Lourcine and Hôpital Beaujon in Paris, and in 1859 became a professor of anatomy. 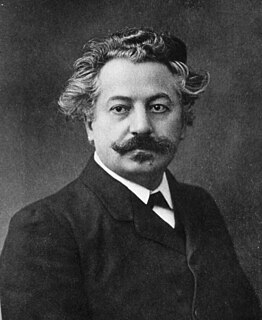 Mathieu Jaboulay was a French surgeon born in Saint-Genis-Laval, a city in the department of Rhône. He is remembered for introduction of new surgical procedures, as well as his work involving techniques of vascular anastomosis.

Édouard Francis Kirmisson was a French surgeon who was a native of Nantes. He specialized in pediatric and orthopedic surgery.

Óscar Moreno, was a Portuguese urologist, doctor, scientist and chemist. 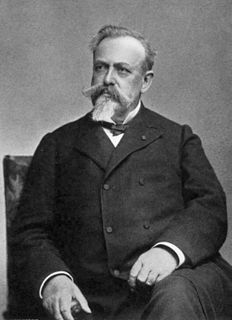 Léon Clément Le Fort was a French surgeon remembered for his work on uterine prolapse, including Le Fort's operation. He also described Le Fort's fracture of the ankle and Le Fort's amputation of the foot.

Léon Dufourmentel was a French surgeon, son of a merchant, who specialized in maxillofacial surgery, leading to reconstructive surgery. Intern of Hospitals of Paris, then leader of the clinical faculty of medicine of Paris. He was the son-in-law of the anatomist Pierre Sebileau, and the father of plastic surgeon Claude Dufourmentel.

Léon Athanase Gosselin was a French surgeon remembered for describing the Gosselin fracture in 1866. He was chief of surgery at the Hôpital de la Charité in Paris. 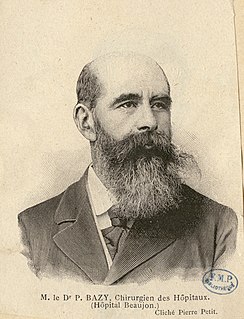 Pierre Bazy was a French surgeon and urologist born in Sainte-Croix-Volvestre. 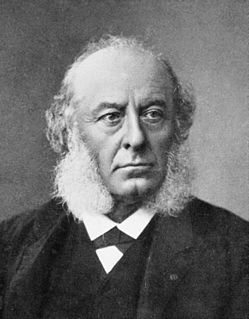 Aristide Auguste Stanislas Verneuil was a French physician and surgeon.

The history of neuraxial anesthesia goes back to 1885.