Théodule or Theodule is the French form of the given name Theodulus. It may refer to: 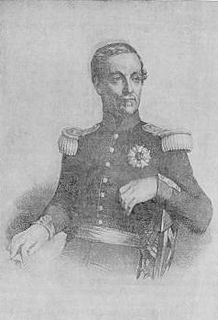 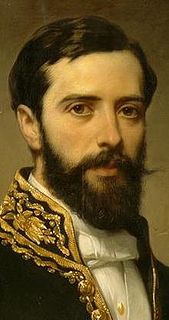 Théodule Charles Devéria was a French photographer and Egyptologist who lived in the 19th century. He is known for his collaboration with Auguste Mariette.

Théodule Meunier was a French anarchist who, along with Emile Henry and Auguste Vaillant, was responsible for a series of bombings in Paris, France during early 1892. The three specifically targeted both civilian and government buildings which included boulevard cafes, the homes of magistrates, police stations and the Chamber of Deputies.

Ribot was a British-bred Italian-trained Thoroughbred racehorse who is one of the Timeform top-rated racehorses of all time. Undefeated in sixteen races, he won over all distances, from 5 furlongs (1,000m) to 1m 7f (3,000m) in three countries and on all types of track conditions. He was the best Italian two-year-old of 1954, when his three wins included the Gran Criterium. He won his first four races of 1955 in Italy before being sent to France where he won the Prix de l'Arc de Triomphe. In the following year he was even better, recording wide-margin victories in both the King George VI and Queen Elizabeth Stakes and the Prix de l'Arc de Triomphe.

Théodule-Armand Ribot, French psychologist, was born at Guingamp, and was educated at the Lycée de St Brieuc. He is known for Ribot's Law regarding retrograde amnesia.

Yvert et Tellier is a postage stamp dealer and a philatelic publishing company founded in 1895 in the northern French city of Amiens, where the head office is still located. The logo is a circle divided into a snowflake and a smiling sun. It is a pun on the name of the company: hiver, été liés sounds a lot like the French pronunciation of Yvert et Tellier.

Sébastien Tellier is a French Musician, singer, songwriter and multi-instrumentalist. He is currently signed to Record Makers, a French independent record label. He sings in English, French and Italian.

Ribot may refer to:

The year 1891 in art involved some significant events.

Louis Yvert was the co-founder of French philatelic publisher Yvert et Tellier with printer Théodule Tellier, from the family-printing company established in the 1830s by his grandfather, legitimist journalist Eugène Yvert.

Théodule Tellier was a French printer and the co-founder with Louis Yvert of French philatelic publisher Yvert et Tellier. He participated in its publication from 1895 to 1913.

L'Écho de la timbrologie is a French monthly magazine about philately and stamp collecting. First published in 1887, it is the French oldest surviving philatelic publication. Its subtitle is "La tribune des philatélistes".

Tellier is a surname, and may refer to:

Dimitrie Drăghicescu (1875–1945) was a Romanian politician, sociologist, diplomat and writer. 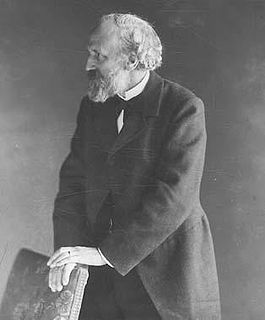 The Revue philosophique de la France et de l'étranger is an academic journal founded by Théodule-Armand Ribot in 1876. It was continued by Lucien Lévy-Bruhl, Emile Bréhier, Paul Masson-Oursel, and Pierre-Maxime Schuhl. Originally published monthly, it became fortnightly for 30 years, and finally quarterly. It is currently edited by Yvon Brès and Dominique Merllié and published by Presses universitaires de France.

History of Psychology is a peer-reviewed academic journal published by Division 26 of the American Psychological Association. The journal was established in 1998 and covers research on the history of psychology. The current editor-in-chief is Nadine Weidman.

Frédéric Paulhan was a French philosopher. He came from a family of merchants of Huguenot ancestry, and was a brilliant student at school in Nîmes. He left without graduating, and spent a few years without a recognised profession, studying and writing and developing an interest in philosophy and Republican political movements. In 1877 Paulhan contributed to the Revue Philosophique of Théodule Ribot. Paulhan became liable for military service when his assigned number was drawn in a lottery, but he was released from serving because of his stuttering; this speech impediment also made it difficult for him to teach.