Théodule Charles Devéria (French:  [teodyl dəveʁja] ; 1 July 1831 – 31 January 1871) was a French photographer and Egyptologist who lived in the 19th century. He is known for his collaboration with Auguste Mariette. His younger brother was Gabriel Devéria.

Théodule Charles Devéria was born in Paris on 1 July 1831, son of the painter Achille Devéria. In 1843 he met the Egyptologist Émile Prisse d'Avennes, who instilled in him an interest in the subject that was confirmed during a visit to the Leiden museum in 1846. He studied Coptic and Arabic, and attended the Collège de France where he was taught by Étienne Marc Quatremère. [1] He entered the Cabinet of Prints in 1851, where his father was the preserving assistant, and where he learned photography. [1]

In 1855 Devéria created lithographs for publication from a set of negatives of photographs made in Egypt of excavations in Thebes. That year he joined the Louvre's Department of Egyptian Antiquities with the task of cataloging the many objects that Auguste Mariette had discovered during his excavations and sent to France. In 1856 he illustrated Mariette's Choix de monuments et de dessins découverts ou exécutés pendant le déblaiement du Sérapéum de Memphis. [1]

In December 1858 Devéria left for Egypt to help Mariette read inscriptions in Cairo and its surroundings. He tried to accurately document the archaeological sites using drawings, stampings and photographs. His calotype pictures from this trip are often poor in quality, showing a lack of technical skills. In 1860 he was appointed preserving assistant at the Louvre's Department of Egyptology. He revisited Egypt in 1861–62, traveling up the Nile to Philae at the First Cataract, and into Nubia to the Abu Simbel temples. After returning he helped Mariette prepare descriptions of the excavation in Egypt in 1850–54 for publication. [1]

In November 1864 Devéria met the future oriental scholar Arthur Rhoné (1836–1910). A month later Devéria, Rhoné and some friends sailed to Egypt, where they visited Alexandria, Cairo, Memphis, and saw the work on the Suez Canal by Ferdinand de Lesseps. [2] Devéria made drawings and took photographs that were reproduced in an album of 77 plates. [1] The party went on to the Holy Land, Damascus and Istanbul. [3] Devéria made a fourth and last visit to Egypt in 1865-66, traveling with Mariette. In 1868 he was made a knight of the Legion of Honor. He died in Paris on 31 January 1871.

The renowned Sir E. A. Wallis Budge noted of him, "No other scholar had such a wide and competent knowledge of the Book of the Dead ", and that his death was a "great loss" to Egyptology. [4]

Criticism of the Book of Abraham facsimiles

Among his contributions was the first critical assessment of the interpretation made by Joseph Smith of Egyptian vignettes that appear in the Mormon scripture the Book of Abraham. His comments appeared in several publications, including the book The Rocky Mountain Saints: A Full and Complete History of the Mormons .

The Museum of Egyptian Antiquities, known commonly as the Egyptian Museum or the Cairo Museum, in Cairo, Egypt, is home to an extensive collection of ancient Egyptian antiquities. It has 120,000 items, with a representative amount on display and the remainder in storerooms. Built in 1901 by the Italian construction company, Garozzo-Zaffarani, to a design by the French architect Marcel Dourgnon, the edifice is one of the largest museums in the region. As of March 2019, the museum was open to the public. In 2022, the museum is due to be superseded by the newer and larger Grand Egyptian Museum at Giza. 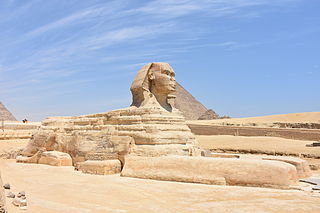 The Great Sphinx of Giza is a limestone statue of a reclining sphinx, a mythical creature with the head of a human, and the body of a lion. Facing directly from west to east, it stands on the Giza Plateau on the west bank of the Nile in Giza, Egypt. The face of the Sphinx appears to represent the pharaoh Khafre.

François Auguste Ferdinand Mariette was a French scholar, archaeologist and Egyptologist, and the founder of the Egyptian Department of Antiquities, the forerunner of the Supreme Council of Antiquities. 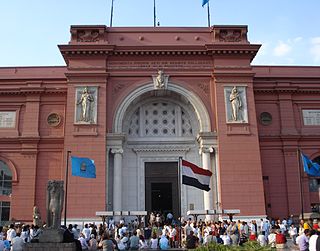 The Supreme Council of Antiquities (SCA) was a department of the Egyptian Ministry of Culture from 1994 to 2011. It was the government body responsible for the conservation, protection and regulation of all antiquities and archaeological excavations in Egypt, and was a reorganization of the Egyptian Antiquities Organisation, under Presidential Decree No. 82 of Hosni Mubarak. 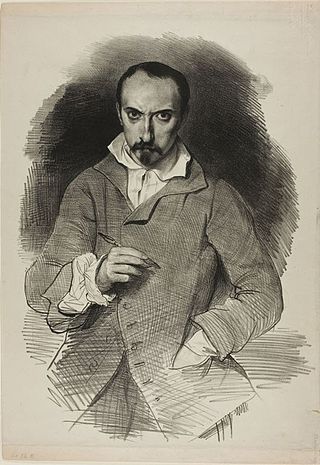 Heinrich Karl Brugsch was a German Egyptologist. He was associated with Auguste Mariette in his excavations at Memphis. He became director of the School of Egyptology at Cairo, producing numerous very valuable works and pioneering the decipherment of Demotic, the simplified script of the later Egyptian periods.

Sir Gaston Camille Charles Maspero was a French Egyptologist known for popularizing the term "Sea Peoples" in an 1881 paper. 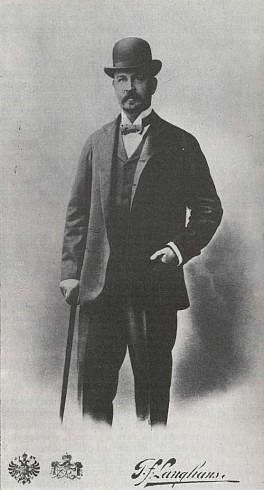 Vladimir Semyonovich Golenishchev, formerly also known as Wladimir or Woldemar Golenischeff, was one of the first and most accomplished Russian Egyptologists.

M. A. Mansoor (1881–1968) was an antiquarian who compiled an exquisite collection of Amarna Period sculptures.

Isesi-ankh was an ancient Egyptian high official during the second half of the Fifth Dynasty, in the late 25th to mid 24th century BC. His name means "Isesi lives". He may have been a son of pharaoh Djedkare Isesi and queen Meresankh IV, although this is debated. Isesi-ankh probably lived during the reign of Djedkare Isesi and that of his successor Unas. He was buried in a mastaba tomb in north Saqqara, now ruined.

Guillemette Andreu-Lanoë, is a French Egyptologist and archaeologist. A former member of the French Institute of Oriental Archaeology of Cairo, she has been a curator and director of the Department of Egyptian Antiquities of the Louvre Museum since May 2007.

Dr. Willem Pleyte was a Dutch Egyptologist and museum director. 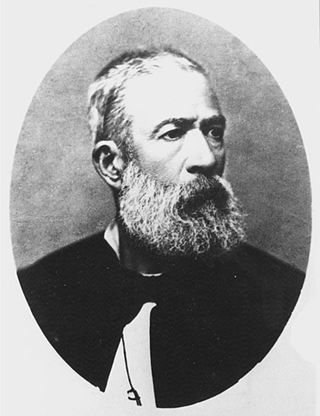 Luigi Vassalli was an Italian Egyptologist and patriot.

Arthur-Ali Rhoné was a wealthy amateur French Arabist and Egyptologist. He was known for his efforts to prevent the vandalism of monuments in Cairo, Egypt, and in Paris, France. Often the destruction was done in the name of restoration, or of other improvements to the city. 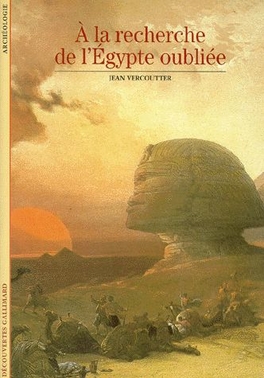 The Search for Ancient Egypt is a 1986 illustrated monograph on the history of the rediscovery of ancient Egypt and of Egyptology. Written by the French Egyptologist Jean Vercoutter, and published by Éditions Gallimard as the first volume in their pocket collection "Découvertes". The book was awarded a literary prize by the Fondation de France in 1987.

Henry Sidney "Harry" Smith, is a British Egyptologist and academic, specialising in epigraphy and Egyptian archaeology. He held the Edwards Chair of Egyptology at University College London from 1970 to 1986. He had previously been a lecturer in Egyptology at the University of Cambridge, where he was also Budge Fellow in Egyptology at Christ's College, Cambridge.

Ola El Aguizy is an Egyptian Egyptologist and Emeritus Professor at the University of Cairo. An expert in Demotic, she has published widely on the language. Since 2005 she has led excavations at Saqqara, uncovering the tombs of several notable figures connected to Ramesses II. In 2015 her colleagues presented her with a Festschrift entitled Mélanges offerts à Ola el-Aguizy.