Ordained to the priesthood in 1959, Thannickunnel served as the bishop of the Roman Catholic Diocese of Jabalpur, India from 1975 to 2001. [1]

The Roman Catholic Diocese of Jabalpur is a diocese located in the city of Jabalpur in the ecclesiastical province of Bhopal in India. 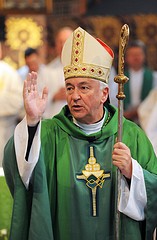 The Roman Catholic Diocese of Sale is a suffragan Latin Church diocese of Archdiocese of Melbourne, that covers the south east of Victoria, Australia. The diocese was established in 1887.

Saint Francis de Sales Seminary is a seminary for the Roman Catholic Archdiocese of Milwaukee, located in the Milwaukee suburb of St. Francis, Wisconsin. Its main building, called Henni Hall, is listed on the National Register of Historic Places.

The Roman Catholic Diocese of Metz is a diocese of the Latin Rite of the Roman Catholic Church in France. In the Middle Ages it was a prince-bishopric of the Holy Roman Empire, a de facto independent state ruled by the prince-bishop who had the ex officio title of count. It was annexed to France by King Henry II in 1552; this was recognized by the Holy Roman Empire in the Peace of Westphalia of 1648. It formed part of the province of the Three Bishoprics. Since 1801 the Metz diocese has been a public-law corporation of cult.

A suffragan diocese is one of the dioceses other than the metropolitan archdiocese that constitute an ecclesiastical province. It exists in some Christian denominations, in particular the Catholic Church, the Coptic Orthodox Church of Alexandria, and the Romanian Orthodox Church. 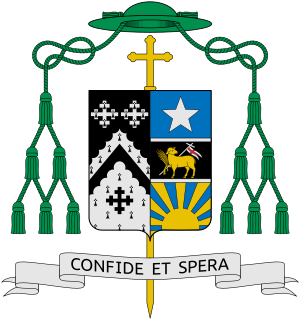