Théophile Charles Gilles Ferré (6 May 1845 – 28 November 1871) was one of the members of the Paris Commune, who authorized the execution of Georges Darboy, the archbishop of Paris, and five other hostages, on 24 May 1871. He was captured by the army, tried by a military court, and was shot at Satory, an army camp southwest of Versailles. He was the first of twenty-five Commune members to be executed for their role in the Paris Commune. [1]

There are few known facts on Ferré's early life, although he may have worked as a law clerk. He was a follower of the revolutionary Louis-Auguste Blanqui and in July 1870, he was tried for being part of a plot to assassinate Louis Napoleon III, but he was acquitted because of a lack of evidence. During the Siege of Paris, he was elected to the Comité de vigilance de Montmartre (the Montmartre Committee of Vigilance). [2]

Paris was taken over by the revolutionary, Commune government in March 1871. Ferré served on the Commune's Committee of Public Safety, a body given extensive powers to hunt down enemies of the Commune. He was also briefly in charge of the revolutionary police force. [2]

On April 5, the Commune passed a decree that authorized the arrest of any person thought to be loyal to the French government in Versailles, those arrested were to be held as "hostages of the people of Paris". These included Georges Darboy, the archbishop of Paris, Abbé Deguerry, the curé of the Église de la Madeleine, and several hundred others. The Commune hoped to exchange their hostages for Louis-Auguste Blanqui, a revolutionary and honorary President of the Commune, who had been arrested by the French government on March 15. [3] However, the provisional head of the French government, Adolphe Thiers refused any negotiation with the Commune for the release of hostages.

On 21 May, French government forces entered Paris. This heralded a period of heavy fighting between government troops and National Guards that was known as the Semaine sanglante ("Bloody Week") with Government troops carrying out summary executions of captured National Guardsmen and suspected Communards. By the 24 May, the resistance of the Commune was starting to disintegrate. A delegation of National Guardsmen, led by Gustave Genton, a member of the Committee of Public Safety, came to the new headquarters of the Commune at the city hall of the 11th arrondissment and demanded the immediate execution of the hostages held at the prison of La Roquette. The new prosecutor of the Commune, Ferré hesitated and then wrote a note authorizing the executions.

Genton asked for volunteers to serve as a firing squad, and went to the La Roquette prison, where many of the hostages were being held. Genton selected six names from the list of hostages, including Georges Darboy, the Abbe Deguerry, Bonjean (président de chambre à la Cour de cassation), and Allard, Clerc, Ducoudray, three members of the Society of Jesus. The Director of the Prison, Francois, refused to give up the Archbishop without a specific order from the Commune. Genton sent a deputy back to Ferré to seek this. Ferré replied with the order, writing "and especially the archbishop" on the bottom of his note. The six hostages were then taken out into the courtyard of the prison, lined up against the wall, and shot. [4] Defenders of the Commune later tried to justify the action of Ferré as an act of retaliation for the summary executions carried out by the French Army during Bloody Week. [5]

Ferré was later captured by French government forces. He was tried and sentenced to death at a court martial in August 1871. Early on the morning of the 28 November, he was executed by firing squad, alongside Louis Rossel and Pierre Bourgeois, former French Army members who had defected to the Commune. Ferré declined a blindfold, but was only wounded by the firing squad's volley. He was killed by a single shot fired as a coup de grâce . [6] Gustave Genton was also executed for his role in the killing of the hostages.

Louise Michel, the famed "Red Virgin" of the Commune celebrated in a poem by Victor Hugo, was deeply in love with Théophile Ferré. Both were from the same district: Montmartre. Both took the same defiant attitude at their trial, as described by Lissagaray in his Histoire de la Commune de 1871 (Bruxelles: Kistemaeckers ed, 1876), and both were eventually buried (Michel died in 1905) in the same cemetery. 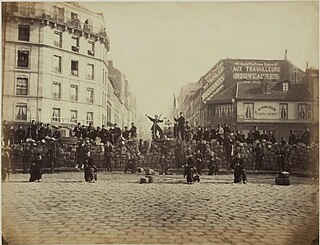 The Paris Commune was a revolutionary government that seized power in Paris, the capital of France, from 18 March to 28 May 1871.

L'église de la Madeleine is a Catholic church occupying a commanding position in the 8th arrondissement of Paris. The Madeleine Church was designed in its present form as a temple to the glory of Napoleon's army, and later named for Jesus' companion, Mary Magdalene. To its south lies the Place de la Concorde, to the east is the Place Vendôme, and to the west Saint-Augustin, Paris. 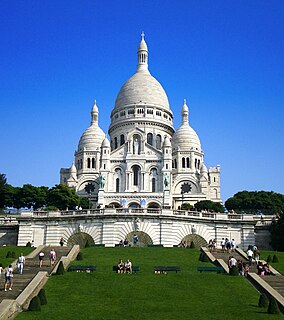 Louis Auguste Blanqui was a French socialist and political activist, notable for his revolutionary theory of Blanquism. 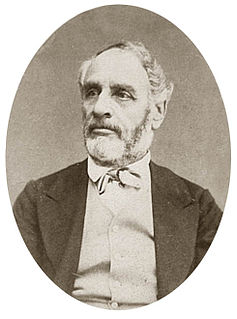 Louis Charles Delescluze was a French revolutionary leader, journalist, and military commander of the Paris Commune. 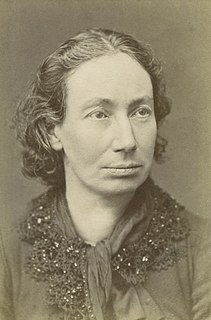 Louise Michel was a teacher and important figure in the Paris Commune. Following her penal transportation to New Caledonia she embraced anarchism. When returning to France she emerged as an important French anarchist and went on speaking tours across Europe. The journalist Brian Doherty has called her the "French grande dame of anarchy." Her use of a black flag at a demonstration in Paris in March 1883 was also the earliest known of what would become known as the anarchy black flag.

The Vigilance Committee of Montmartre was a political association and provisional administrative organization established on the Rue de Clignancourt shortly before the Siege of Paris (1870–1871). Closely affiliated with the International Workingman's Association, its members had strong connections with the various anarchist and socialist tendencies of the time, particularly those represented by Karl Marx, Mikhail Bakunin, and Auguste Blanqui.

Gustave Tridon (1841–1871) was a French revolutionary socialist, member of the First International and the Paris Commune and anti-Semite.

Émile François Désiré Eudes was a French revolutionary, Blanquist socialist and participant in the Paris Commune. 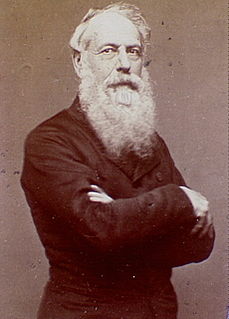 Jules Miot (1809–1883) was a French republican socialist who participated in the French Revolution of 1848 and in the Paris Commune of 1871. He was also a member of the First International. 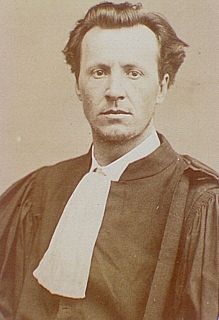 Louis Charles Eugène Protot was a French lawyer (avocat) and a political opponent of the Second Empire. During the Paris Commune in 1871, he was minister of justice for a month before going into exile until 1880. After his return to France he was prevented from working at the Bar and earned a living as a specialist in Oriental languages. 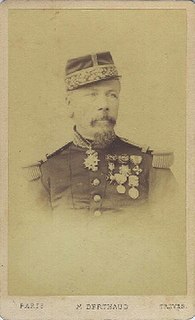 Claude Lecomte was a French general killed by the National Guard of the Paris Commune. 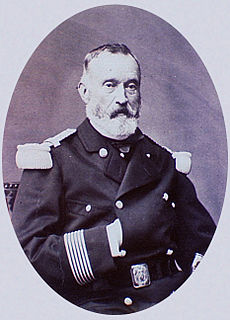 Jacques Léon Clément-Thomas, was born in 1809 in Libourne (Gironde) and shot in Paris on 18 March 1871, one of the first deaths of the Paris Commune. A Republican of the old guard, Clément-Thomas was an army general, Commander in Chief of France's National Guard on two occasions, and a parliamentary deputy.

Raoul Adolphe Georges Rigault, was a journalist and French Socialist revolutionary, best known for his role during the Paris Commune of 1871. 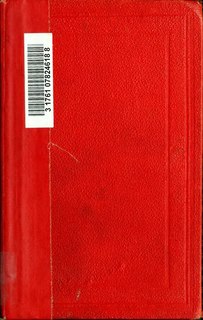 Histoire de la Commune de 1871 is a history of the Paris Commune by Prosper-Olivier Lissagaray. Published in 1876, it is the event's definitive eyewitness assessment. It was later translated into English and German.

The semaine sanglante, from Sunday 21 May until Sunday, 28 May 1871, was a short and bloody military campaign by the French Army, led by Marshal Patrice de MacMahon, which recaptured Paris from the Paris Commune. Many Commune prisoners, captured with weapons in hand, were summarily shot by the army. In the final days, the Commune executed about one hundred hostages, including the Archbishop of Paris, Georges Darboy, and burned many Paris landmarks, including the Tuileries Palace, the Hôtel de Ville ; the Ministry of Justice building, the Cour de Comptes, and the Palace of the Legion of Honor.

The Massacre in the Rue Haxo was a massacre of priests and gendarmes by communards during the semaine sanglante at the end of the Paris Commune in May 1871.

The Paris Commune was an insurrectionary period in the history of Paris that lasted just over two months, from March 18, 1871 to the Semaine sanglante that ended on May 28, 1871. This insurrection refused to recognize the government of the National Assembly of 1871, which had just been elected by universal male suffrage. Many women took active roles in the events, and are known as "communardes". They are important in the history of women's rights in France, particularly with regards to women's emancipation. Equal pay and the first forms of structured organization of women in France appear during this period, in particular the Union des femmes pour la défense de Paris et les soins aux blessés or the Comité de vigilance de Montmartre.