Théophile Figeys Sr was a Belgian Major General who fought in the First World War.

He was born and raised in Belgium and married Hanneke Veerle. He had 13 sons, of whom nine were listed as being killed in action. The first to fall was his eldest son Theophile Figeys Jr on August 14, 1914. It is thought that he died in the siege of Liege, the first battle in Belgium. Theophile Figeys Jr is remembered at the war memorial in St. Gilles, Brussels. Theophile Figeys Sr climbed up the military ranks, and was a General at the Second Battle of Ypres. He was killed in action during the Hundred Days Offensive. There are war memorials bearing his name in St.Juliaan, Antwerpen, Gravenstaffal, Bellewaarde and Namur. His body was never found.

Lieutenant General Arthur MacArthur, Jr., was a United States Army general. He became the military Governor-General of the American-occupied Philippines in 1900 but his term ended a year later due to clashes with the civilian governor, future-U.S. President William Howard Taft.

The Queen's Own Rifles of Canada is a Primary Reserve regiment of the Canadian Armed Forces, based in Toronto. The regiment is part of 4th Canadian Division's 32 Canadian Brigade Group. It is the only reserve regiment in Canada to currently have a parachute role. The regiment consists of the reserve battalion, the Regimental Association, and the Regimental Band and Bugles. The official abbreviation is The QOR of C, but the name is often abbreviated to QOR. 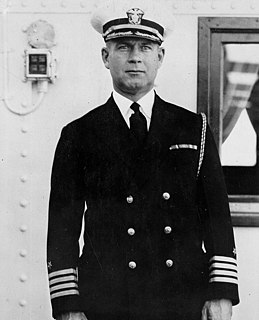 Isaac Campbell Kidd was an American Rear Admiral in the United States Navy. Kidd was killed on the bridge of USS Arizona during the Japanese attack on Pearl Harbor. He was the father of Admiral Isaac C. Kidd, Jr. He was a posthumous recipient of his nation's highest military honor—the Medal of Honor. The highest ranking casualty at Pearl Harbor, he became the first U.S. Navy flag officer killed in action in World War II as well as the first killed in action against any foreign enemy. A Fletcher-class destroyer, Kidd (DD-661), was commissioned in his honor on April 23, 1943. The second ship named after him, Kidd (DDG-993), lead ship of four Kidd-class destroyers, was commissioned on March 27, 1981. An Arleigh Burke-class guided missile destroyer, Kidd (DDG-100), was the third ship named after him and was commissioned on June 9, 2007. 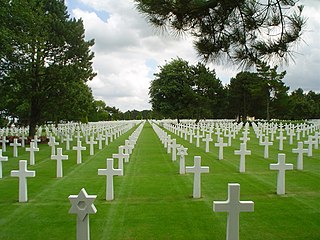 The Normandy American Cemetery and Memorial is a World War II cemetery and memorial in Colleville-sur-Mer, Normandy, France, that honors American troops who died in Europe during World War II. It is located on the site of the former temporary battlefield cemetery of Saint Laurent, covers 172.5 acres and contains 9,388 burials.

Clarence Smith Jeffries, VC was an Australian recipient of the Victoria Cross, the highest decoration for gallantry "in the face of the enemy" that can be awarded to members of the British and Commonwealth armed forces. He was posthumously decorated with the Victoria Cross following his actions in the First Battle of Passchendaele during the First World War, in which he led several parties of men in an attack that eventuated in the capture of six machine guns and sixty-five prisoners, before being killed himself by machine gun fire.

Henry Alexius Courtney Jr. was an officer of the United States Marine Corps Reserve during World War II and a posthumous recipient of the Medal of Honor. 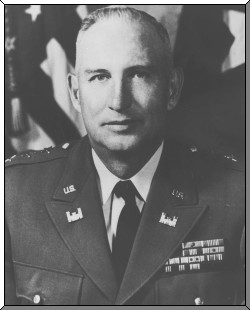 Walter King Wilson Jr., was an officer of the United States Army with the rank of lieutenant general. He is most noted as a Chief of Engineers during 1961–65. He was the son of Major General Walter K. Wilson Sr.

James Warren was the President of the Massachusetts Provincial Congress and a Paymaster General of the Continental Army during the American Revolutionary War, among other positions. He is also famous as the husband of Mercy Otis Warren and for his outspoken courage as an Anti-Federalist. General James Warren is sometimes confused with the two other Massachusetts Revolutionaries, the brothers Joseph Warren and John Warren, but they were not at all closely related, merely had similar names and views.

George William Casey Sr. was a United States Army major general who was killed in a helicopter crash in July 1970, in South Vietnam. General Casey, who had served in the Korean War, was in command of the US 1st Cavalry Division at the time of his death. His son George W. Casey Jr. served as the 36th Chief of Staff of the United States Army from April 2007 to April 2011.

The Fighting McCooks were members of a family of Ohioans who reached prominence as officers in the Union Army during the American Civil War. Two brothers, Daniel and John McCook, and thirteen of their sons were involved in the army, making the family one of the most prolific in American military history. Six of the McCooks reached the rank of brigadier general or higher. Several family members were killed in action or died from their wounds. Following the war, several others reached high political offices, including governorships and diplomatic posts. 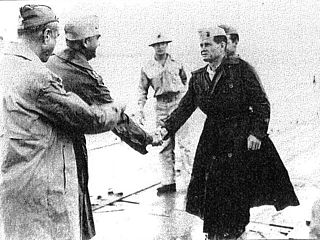 John Prentiss Poe Jr. was an American college football player and coach, soldier, Marine, and soldier of fortune, whose exploits on the gridiron and the battlefield contributed to the lore and traditions of the Princeton Tigers football program. 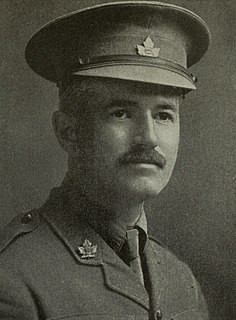 George Harold Baker was a lawyer, political figure, and soldier from Quebec, Canada. He represented Brome in the House of Commons of Canada from 1911 to 1916 as a Conservative Member of Parliament.

The Volunteer Corps for Korea, later known as Belgian United Nations Command (BUNC), was a Belgian–Luxembourg military force sent to assist South Korea during the Korean War. A battalion-sized unit, it arrived in Korea in 1951 and remained after the cease-fire until 1955. Over the course of its existence, 3,171 Belgians and 78 Luxembourgers served in the unit. 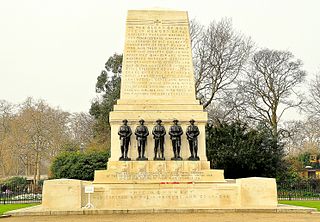 William Maxwell was a former Australian rules footballer who played with Melbourne in the Victorian Football League (VFL).

Thomas Jonathan Jackson Christian Jr. was a colonel in the United States Army Air Forces and commanding officer of the 361st Fighter Group during World War II. He was the great-grandson of American Civil War General Stonewall Jackson.

John McHugh Sr. was an American World War II veteran who participated in the D Day invasion, the Battle of Normandy and the Battle of the Bulge. He was in the 1st Infantry Division and was awarded the Silver Star and the Bronze Star. The State of New York placed him in its Veterans Hall of Fame. His hometown Whitestone, New York has co-named a street after him.