He died in October 2013, while receiving treatment at the Maronite Saint Georges Hospital in Ajaltoun, Lebanon. [2] 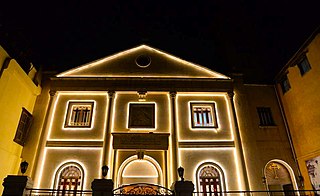 The Syriac Orthodox Church, or Syriac Orthodox Patriarchate of Antioch and All the East, is a non-Chalcedonian Oriental Orthodox church branched from the Church of Antioch. The Bishop of Antioch, known as the Patriarch, heads the church, claiming Apostolic Succession to Saint Peter in the c. 1st century, according to Sacred tradition. The autocephalous patriarchate was established in Antioch by Severus the Great in the c. 6th century and was organized by Jacob Baradaeus through the doctrines of Non-Chalcedonians. 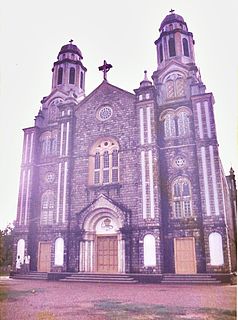 The Syro-Malabar Catholic Church or Church of Malabar Syrian Catholics is an Eastern Catholic Major Archiepiscopal Church based in Kerala, India. It is an autonomous particular church in full communion with the Pope and the worldwide Catholic Church, with self-governance under the Code of Canons of the Eastern Churches. The Church is headed by the Metropolitan and Gate of all India Major Archbishop Maran Mar George Cardinal Alencherry. The name Syro-Malabar is a prefix coined from the words Syriac as the church employs the East Syriac Rite liturgy, and Malabar which is the historical name for modern Kerala. The name has been in usage in official Vatican documents since the nineteenth century. 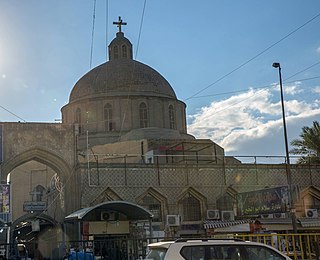 The Chaldean Catholic Church is an Eastern Catholic particular church in full communion with the Holy See and the rest of the Catholic Church, with the Chaldean Patriarchate having been originally formed out of the Church of the East in 1552. Employing the East Syriac Rite in Syriac language in its liturgy, it is part of Syriac Christianity by heritage. Headquartered in the Cathedral of Mary Mother of Sorrows, Baghdad, Iraq, since 1950, it is headed by the Catholicos-Patriarch Louis Raphaël I Sako. It comprises 628,405 (2017) ethnic Assyrians living in northern Iraq, with smaller numbers in adjacent areas in northeastern Syria, southeastern Turkey and northwestern Iran, a region roughly corresponding to ancient Assyria. There are also many Assyrians-Chaldeans in diaspora in the Western world. 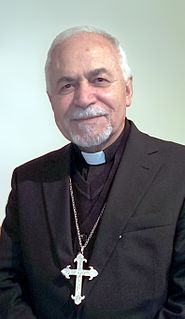 The Chaldean Syrian Church of India is an Eastern Christian Church based in Thrissur, India. It is an archbishopric of the Holy Apostolic Catholic Assyrian Church of the East and is in full communion with Catholicos-Patriarch Mar Gewargis III.

Moran Mor Ignatius Jacob (Yaʿqub) III was the 121st Syriac Orthodox Patriarch of Antioch and head of the Syriac Orthodox Church. He was skilled in and knowledgeable in Syriac sacral music or Beth Gazo. He re-established the Maphrianate/Catholicate in the Jacobite Syrian Christian Church.

Kassab may refer to 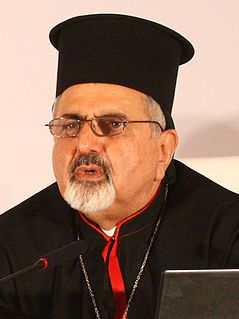 Ignatius Ephrem Joseph III Yonan is the Catholic Patriarch of Antioch and all the East of the Syriacs for the Syriac Catholic Church since his election on January 20, 2009. 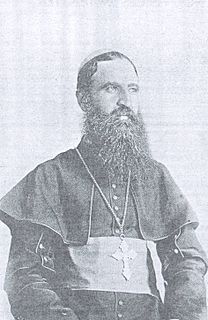 Mar Ignatius Dionysius Ephrem II Rahmani was Patriarch of the Syriac Catholic Church from 1898 to 1929 and a Syriac scholar.

Aboon Thomas Mar Eusebius is serving as the first bishop of the Syro-Malankara Catholic Eparchy in the United States. He was serving as the first exarch of the Malankara Syrian Catholic Exarchate since his enthronement on October 3, 2010. On August 5, 2017, Baselios Cardinal Cleemis, the Major Archbishop-Catholicos of the Malankara Catholic Church, announced that Eusebius would be the first Bishop of the new Malankara Diocese of Parassala, India.

The Syriac Catholic Church, established in the second half of the 17th century as an Eastern Catholic offshoot of the Syriac Orthodox Church, had around a dozen dioceses in the eastern provinces of the Ottoman Empire in the 18th and 19th centuries. Three of these dioceses were ruined during the First World War in the Assyrian and Armenian massacres, and the 20th century also saw the growth of an important Syriac Catholic diaspora in America, Europe and Australasia.As of 2012 the Syriac Catholic Church has fifteen dioceses, mostly in the Middle East, and four patriarchal vicariates for the diaspora communities.