Hamel was born in 1817 in Sainte-Foy (then a suburb of Quebec City), the son of a successful farmer. Hamel's paternal ancestry can be traced to French immigrant Jean Hamel, who arrived in New France from Avremesnil (Normandy) in 1656. In 1834 Théophile was already taking art lessons from Antoine Plamondon. For a while he attended the Accademia di San Luca, in Rome. He was very much interested in the works of the Romantics. [2]

His early portraits show a mixture of European romanticism and Canadian simplicity. His style gradually changed to match the taste of his clients for simple, honest, even prim portraits. [3]

In 1838 he painted 'Three Indian Chiefs Leading a Delegation to Quebec. In 1843, Hamel travelled to Europe (London, Naples, Rome, Florence, Bologna, Venice, and then north to France and Belgium). [4] In 1846 he returned to Canada to Quebec. Throughout his career he travelled throughout Canada East and Canada West, painting portraits of such notables as Sir John Beverley Robinson, Denis-Benjamin Viger, Sir Allan MacNab, Louis-Joseph Papineau, John Sandfield Macdonald, and Sir Étienne Taché. He worked quickly, often completing a portrait in a single day. [5]

Hamel also painted religious pictures for various commissions, and a series of "imaginative" or "semi-imaginative" portraits of Jacques Cartier, Samuel de Champlain, Jean Talon, Montcalm, and General James Murray. The image of Cartier even appeared on a banknote. [6] It is estimated that Hamel painted more than 2000 portraits during his lifetime. [7] In 1848, he painted portraits of Robert Baldwin and Louis-Hippolyte Lafontaine. In 1850-1, he painted Egerton Ryerson. In 1853, he painted 'Madame Renaud and Her Daughters Wilhemine and Emma'. His painting 'L'Abbé Edouard Faucher', painted in 1855, now hangs at Eglise de Saint-Laurent, Lotbiniere. His painting of Sir Allan MacNab, painted in 1853, hangs in the House of Commons of Canada. [8]

In 1857, at age of 40, he married Mathilde-Georgiana Faribault, daughter of George-Barthélemy Faribault, a pioneer librarian. He died in Quebec City, in December 1870. [9] 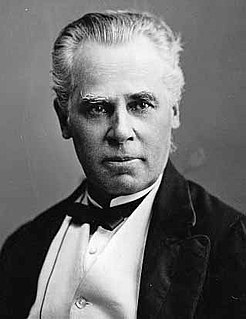 Sir George-Étienne Cartier, 1st Baronet, was a Canadian statesman and Father of Confederation. The English spelling of the name—George, instead of Georges, the usual French spelling—is explained by his having been named in honour of King George III.

Étienne Brulé was the first European explorer to journey beyond the St. Lawrence River into what is now known as Canada. He spent much of his early adult life among the Hurons, and mastered their language and learned their culture. Brûlé became an interpreter and guide for Samuel de Champlain, who later sent Brûlé on a number of exploratory missions, among which he is thought to have preceded Champlain to the Great Lakes, reuniting with him upon Champlain's first arrival at Lake Huron. Among his many travels were explorations of Georgian Bay and Lake Huron, as well as the Humber and Ottawa Rivers. In 1629, during the Anglo-French War, he escaped after being captured by the Seneca tribe. Brûlé was killed by the Bear tribe of the Huron people, who believed he had betrayed them to the Seneca. 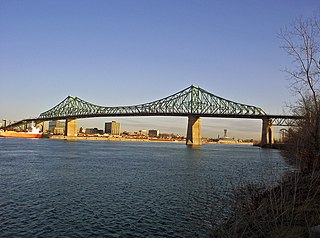 The Jacques Cartier Bridge is a steel truss cantilever bridge crossing the Saint Lawrence River from Montreal Island, Montreal, Quebec to the south shore at Longueuil, Quebec, Canada. The bridge crosses Île Sainte-Hélène in the centre of the river, where offramps allow access to the Parc Jean-Drapeau and La Ronde amusement park. 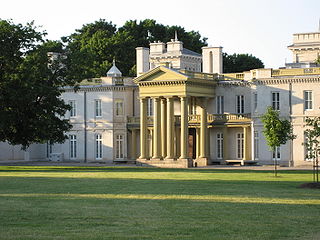 Dundurn Castle is a historic neoclassical mansion on York Boulevard in Hamilton, Ontario, Canada. The 18,000-square-foot (1,700 m2) house took three years and $175,000 to build, and was completed in 1835. The forty room castle featured the latest conveniences of gas lighting and running water. It is currently owned by the City of Hamilton, which purchased it in 1899 or 1900 for $50,000. The City has spent nearly $3 million renovating the site to make it open to the public. The rooms have been restored to the year 1855 when its owner Sir Allan Napier MacNab, 1st Baronet, was at the height of his career. Costumed interpreters guide visitors through the home, illustrating daily life from the 1850s. The Duchess of Cornwall, a descendant of Sir Allan MacNab, is the Royal Patron of Dundurn Castle.

George-Barthélemy Faribault was a Canadian archaeologist, born in Quebec.

Denis-Benjamin Papineau was joint premier of the Province of Canada for Canada East from 1846 to 1848. His joint premiers for Canada West during this period were William Henry Draper and Henry Sherwood.

Antoine-Sébastien Plamondon was a Canadian artist in Quebec, who painted mainly portraits and religious images, the latter commissioned primarily by churches in and around Quebec City. As a young man, he had traveled to France and studied painting in Paris for four years, with such portraitists as Paulin Guérin.

The burning of the Parliament Buildings in Montreal was an important event in pre-Confederation Canadian history and occurred on the night of April 25, 1849, in Montreal in the Province of Canada. It is considered a crucial moment in the development of the Canadian democratic tradition, largely as a consequence of how the matter was dealt with by then co-prime ministers of the united Province of Canada, Sir Louis-Hippolyte Lafontaine and Robert Baldwin.

Louis-Philippe Hébert (1850–1917) was the son of Théophile Hébert, a farmer, and Julie Bourgeois of Ste-Sophie de Mégantic, Quebec. Hébert was a sculptor who sculpted forty monuments, busts, medals and statues in wood, bronze and terra-cotta. He taught at the Conseil des arts et manufactures in Montreal, Quebec. He married Maria Roy on 26 May 1879 in Montreal, Quebec. The couple's eight children include Henri Hébert, a sculptor, and Adrien Hébert, a painter.

Napoléon Bourassa was a prominent Canadian architect, painter and writer whose offices were located in Montreal, Quebec.