Théophile Emile Achille de Bock (14 January 1851, in The Hague – 22 November 1904, in Haarlem) was a Dutch painter belonging to the Hague School. Although many denigrate De Bock's work as too gray and too sketchy, Hague School champions love his work. Even Van Gogh was convinced of De Bocks "artistic temperament", [1] although he eventually found his choice of subject too limited and tried to get De Bock to paint figure studies. But De Bock stuck to the subject he was good at, the Dutch landscapes.

Haarlem is a city and municipality in the Netherlands. It is the capital of the province of North Holland and is situated at the northern edge of the Randstad, one of the most populated metropolitan areas in Europe. Haarlem had a population of 159,556 in 2017. It is a 15-minute train ride from Amsterdam, and many residents commute to the country's capital for work. 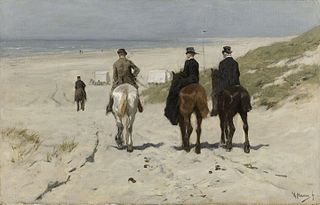 Born in The Hague, De Bock started out as a clerk for the Dutch Railway Company, but then turned to painting full-time, when the work interfered with his drawing. He trained in The Hague under the landscape painters J.W. van Borselen, J.H. Weissenbruch and Jacob Maris. He also spent time with Willem Maris and probably was one of his students as well. 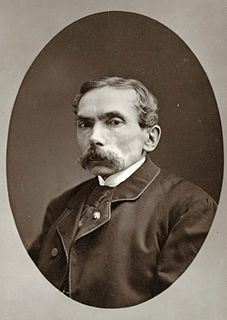 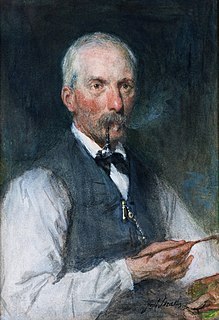 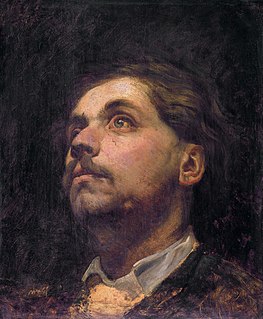 Jacob Hendricus Maris was a Dutch painter, who with his brothers Willem and Matthijs belonged to what has come to be known as the Hague School of painters. He was considered to be the most important and influential Dutch landscape painter of the last quarter of the nineteenth century. His first teacher was the painter J.A.B. Stroebel who taught him the art of painting from 1849 to 1852. Jacob Maris his most known works are the series of portraits of the royal House of Orange, he worked on these with his brother Matthijs Maris. he is also known for his portraits of landscapes like "Schip on the Scheveningen beach".

In 1880, De Bock traveled to Paris and Barbizon where he would often return, perhaps because of his appreciation for the work of Millet and Corot. It was especially Corot and Jacob Maris who would influence De Bock greatly. In 1881 he contributed to the Panorama Mesdag of Hendrik Willem Mesdag, where he painted the sky and dunes. He enticed Van Gogh to come and see the final work, and Van Gogh wrote enthusiastically about it in his letters to his brother Theo. [2] 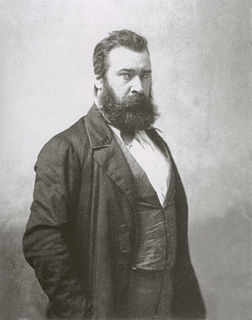 Jean-François Millet was a French painter and one of the founders of the Barbizon school in rural France. Millet is noted for his scenes of peasant farmers; he can be categorized as part of the Realism art movement.

Around 1880, he worked a great deal in Scheveningen and in the area of Loosduinen, and from 1884, he also visited other areas. In the autumn of 1885, he went to Drente for the first time, and when he returned there the following summer, he took Isaac Israëls with him. His landscapes are often heavy and gloomy, and his oil sketches of the megaliths were often monumental. He wrote, "My idea of life is to reproduce and interpret all that I see and feel to be beautiful around me." Although he hardly ever drew figures, his interest in the farmers was apparent from the number of short stories he wrote about farm life in Drente. 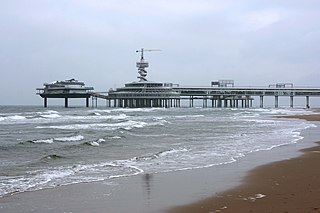 Scheveningen[ˈsxeːvənɪŋə(n)](listen) is one of the eight districts of The Hague, Netherlands, as well as a subdistrict (wijk) of that city. Scheveningen is a modern seaside resort with a long, sandy beach, an esplanade, a pier, and a lighthouse. The beach is popular for water sports such as windsurfing and kiteboarding. 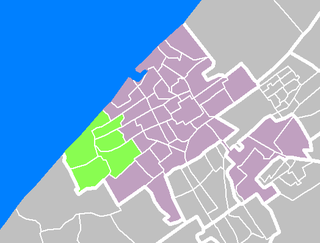 Loosduinen is a former village in the Netherlands that was a municipality unto itself until 1923, when it was annexed by The Hague and subsequently became a district of the city. 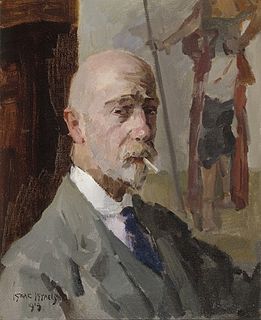 As an alternative to Pulchri Studio, the Hague Art Circle was founded 1891 on the initiative of De Bock. Its goal was to promote the various artistic expressions such as the visual arts, crafts, architecture, music, musical arts and writing. De Bock became chairman of Visual Art and of the board. Although many painters were members of both organizations, the Art Circle offered the generation after 1850 an alternative to the Pulchri Studio, in which the renowned Hague School artists such as Mesdag, Israëls, and Jacob Maris were members. An exhibition organized in 1892 by Jan Toorop, which included works by Vincent van Gogh, was a major success and the avant-garde reputation of the Art Circle was established. 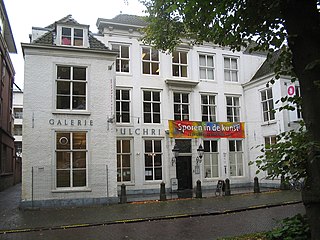 Pulchri Studio is a Dutch art society, art institution and art studio based in The Hague ('s-Gravenhage), Netherlands. 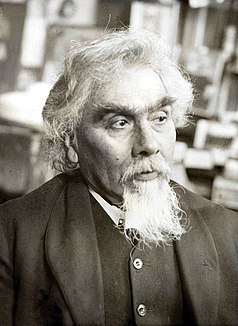 Johannes Theodorus 'Jan' Toorop was a Dutch-Indonesian painter, who worked in various styles, including Symbolism, Art Nouveau, and Pointillism. His early work was influenced by the Amsterdam Impressionism movement. 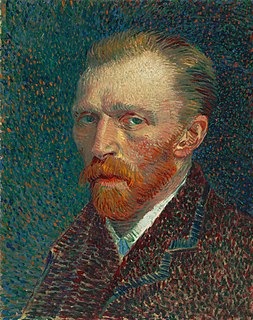 Vincent Willem van Gogh was a Dutch Post-Impressionist painter who is among the most famous and influential figures in the history of Western art. In just over a decade he created about 2,100 artworks, including around 860 oil paintings, most of them in the last two years of his life. They include landscapes, still lifes, portraits and self-portraits, and are characterised by bold colours and dramatic, impulsive and expressive brushwork that contributed to the foundations of modern art. However, he was not commercially successful, and his suicide at 37 followed years of mental illness and poverty. 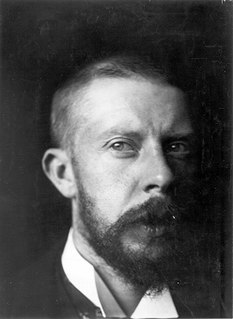 George Hendrik Breitner was a Dutch painter and photographer. An important figure in Amsterdam Impressionism, he is noted especially for his paintings of street scenes and harbours in a realistic style. He painted en plein air, and became interested in photography as a means of documenting street life and atmospheric effects – rainy weather in particular – as reference materials for his paintings. 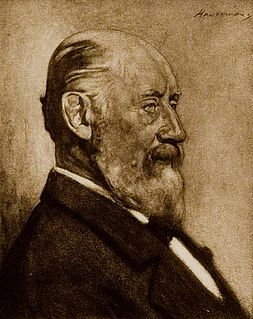 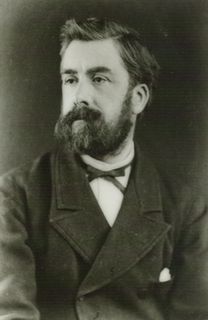 Anthonij (Anton) Rudolf Mauve was a Dutch realist painter who was a leading member of the Hague School. He signed his paintings 'A. Mauve' or with a monogrammed 'A.M.'. A master colorist, he was a very significant early influence on his cousin-in-law Vincent van Gogh. 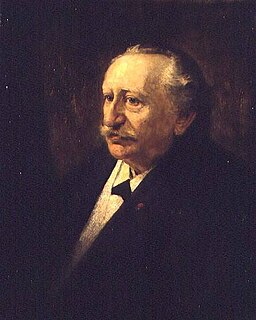 Willem Maris was a Dutch landscape painter of the Hague School. 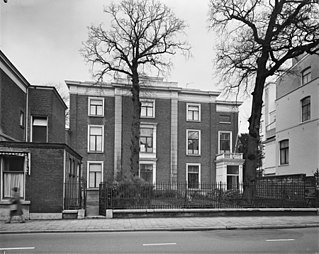 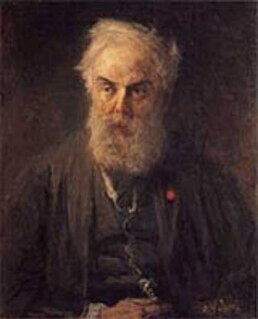 Hippolyte Emmanuel Boulenger (1837–1874) was a Belgian landscape painter influenced by the French Barbizon school, considered to be "the Belgian Corot". 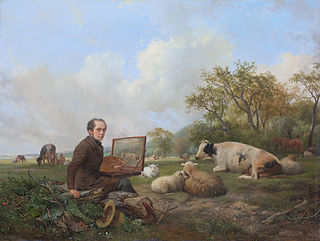 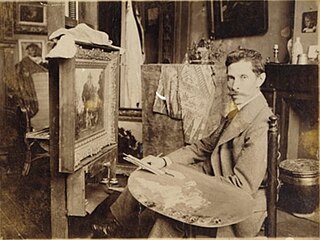 Johannes Evert Hendrik Akkeringa was part of the second generation of the Hague School painters. Akkeringa is primarily known for his paintings and watercolours of women and playing children at the beach, women mending nets and intimate tea-time conversations. 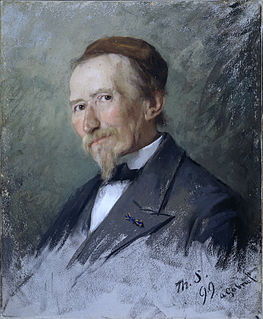 Paul Joseph Constantin Gabriël or Paul Gabriël was a painter, draftsman, watercolorist, and etcher who belonged to the Hague School. 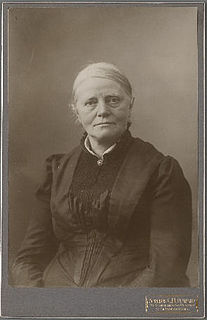 Sina (Sientje) van Houten was the wife of Hendrik Willem Mesdag, the Dutch marine painter of the Hague School, and a painter herself. 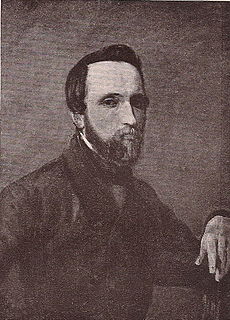 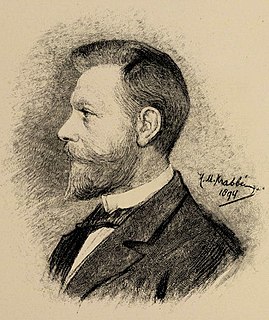 Jan Hillebrand Wijsmuller was a Dutch painter. He belongs to The 2. Golden Age of Dutch Painting.

Willink van Collenprijs is a former Dutch art award, which was awarded for the first time in 1880 by the Sociëteit Arti et Amicitiae. It was intended as an encouragement award for young artists, and was considered as a national counterpart to the Paris Salon. Its existence of more than 71 years proves the success of Amsterdam's art policy. For many of its winners, it was a valuable boost to their careers in the Dutch art world. Some of the prize winners were also recognized abroad and remain well known today. 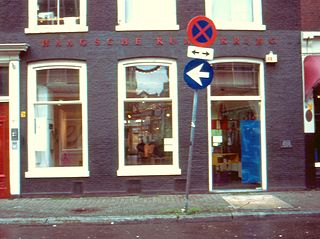 The Haagse Kunstkring is an association in The Hague for artists and art lovers. Among the members are visual artists, architects, writers, recitation artists, photographers, musicians and designers.