Thérèse Étienne is a 1958 French-Italian drama film directed by Denys de La Patellière, and starring James Robertson Justice, Françoise Arnoul, and Pierre Vaneck. [1] It was based on a 1939 novel by John Knittel. A young French woman marries an elderly businessman, but soon becomes involved with his son.

French Cancan is a 1955 French-Italian musical film written and directed by Jean Renoir and starring Jean Gabin and Francoise Arnoul. Where Renoir’s previous film Le Carosse d’or had celebrated the 18th-century Italian commedia dell’arte, this work is a homage to the Parisian café-concert of the 19th century with its popular singers and dancers. Visually, the film evokes the paintings of Edgar Degas and the Impressionists, including his own father, Pierre-Auguste Renoir. It also marked his return to France and to French cinema after an exile that began in 1940. 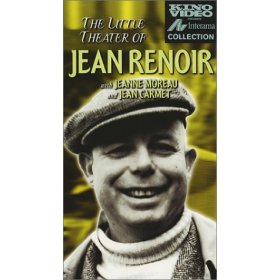 The Little Theatre of Jean Renoir is a 1970 television film written and directed by Jean Renoir. The last completed work by Renoir, it consists of three short films: The Last Christmas Dinner, The Electric Floor Waxer and A Tribute to Tolerance.

The Sheep Has Five Legs is a 1954 French comedy film directed by Henri Verneuil. It won the Golden Leopard at the Locarno International Film Festival and was nominated for the Academy Award for Best Story. It's considered a classic of French post-war cinema.

Françoise Arnoul is a French actress, who achieved popularity during the 1950s. 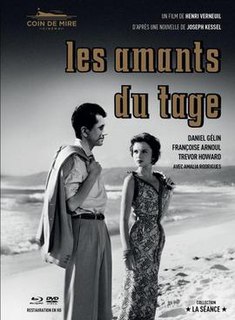 The Lovers of Lisbon is a 1955 French drama film directed by Henri Verneuil and starring Daniel Gélin, Françoise Arnoul, Trevor Howard and Betty Stockfeld. Two French exiles in Lisbon fall in love after both have murdered their spouses. It was based on a novel by Joseph Kessel.

Bernard Paul was a French film director and screenwriter. 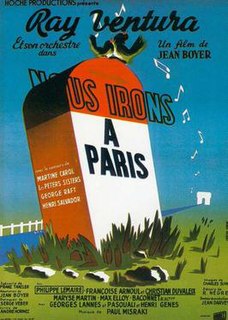 We Will All Go to Paris is a 1950 French comedy film directed by Jean Boyer. The film stars Ray Ventura, Philippe Lemaire and Françoise Arnoul. 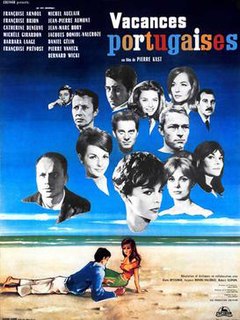 The Cat Shows Her Claws is a 1960 French war drama film directed by Henri Decoin and starring Françoise Arnoul, Horst Frank and François Guérin. It is the sequel to the 1958 film The Cat about the French Resistance.

The Cat is a 1958 French war drama film directed by Henri Decoin and starring Françoise Arnoul, Bernhard Wicki and André Versini. The story is loosely based on that of the Resistance operative Mathilde Carré during the Second World War. A commercial success, it was followed by a sequel The Cat Shows Her Claws in 1960.

Roland Étienne is a French archaeologist and historian specialising in the history of Greek archaeology, ancient architecture and Hellenistic history.