She was born on the Gaspé Peninsula, in Saint-Bernard-des-Lacs, Quebec, as was her husband, Adhémar-Charles Dion. Her parents were Antoinette (née Sergerie) and Laureat Achille Tanguay. [2]

Already well known in Quebec as a stage mother involved in her daughter's career, she later launched her own line of food products, Pâtés de Maman Dion, and became host of a cooking show for TVA. [3] She was also a sponsor of the Fondation Maman Dion, an educational foundation which provides school supplies, clothing and eyewear to underprivileged children. [4]

Thérèse and Adhémar had 14 children: [5] 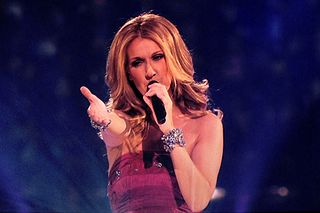 Céline Marie Claudette Dion is a Canadian singer. She is renowned for her powerful, technically skilled vocals, and remains the best-selling Canadian artist and one of the best-selling artists of all time with record sales of 200 million copies worldwide. Born into a large family from Charlemagne, Quebec, she emerged as a teen star in her homeland with a series of French-language albums during the 1980s. She first gained international recognition by winning both the 1982 Yamaha World Popular Song Festival and the 1988 Eurovision Song Contest, where she represented Switzerland. After learning to speak English, she signed on to Epic Records in the United States. In 1990, Dion released her debut English-language album, Unison, establishing herself as a viable pop artist in North America and other English-speaking areas of the world.

René Angélil, was a Canadian musical producer, talent manager and singer. He was the manager (1981–2014) and husband of singer Céline Dion. 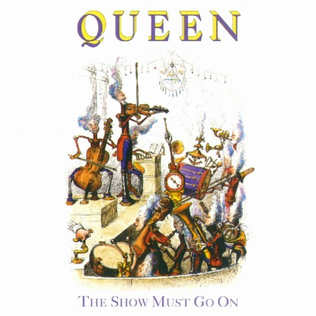 "The Show Must Go On" is a song by the British rock band Queen, featured as the twelfth and final track on their 1991 album Innuendo. It is credited to Queen, but written mainly by Brian May. The song chronicles the effort of Freddie Mercury continuing to perform despite approaching the end of his life, although his diagnosis with HIV/AIDS had not yet been made public in spite of ongoing media speculation claiming that he was seriously ill. Mercury was so ill when the band recorded the song in 1990 that May had concerns as to whether he was physically capable of singing it. Recalling Mercury's performance, May states; "I said, 'Fred, I don't know if this is going to be possible to sing.' And he went, 'I'll fucking do it, darling'—vodka down—and went in and killed it, completely lacerated that vocal". 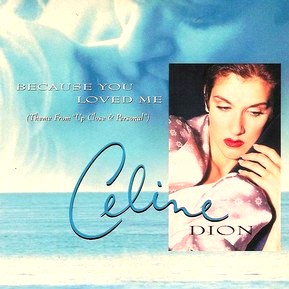 "Because You Loved Me" is a song recorded by Canadian singer Celine Dion for her fourth English-language studio album, Falling into You (1996). It was released on 20 February 1996, as the first single in North America, South America and Asia. It was released as the second single from the album in Australia, on 29 April 1996, and in May 1996 in Europe. "Because You Loved Me" was written by Diane Warren and produced by David Foster, and served as the theme song from the 1996 film Up Close and Personal, starring Robert Redford and Michelle Pfeiffer.

"Tout près du bonheur" is a duet between Marc Dupré and Celine Dion, released as a music download on 11 April 2006 in Quebec, Canada. It is the fourth single from Dupré's debut album Refaire le monde, released on 18 October 2005.

"Water from the Moon" is a song by Canadian singer Celine Dion, recorded for her second English-language studio album, Celine Dion (1992). It was commercially released in March 1993 as the fifth single in the United States. In Canada, it was a radio single only. "Water from the Moon" was written by Diane Warren and produced by Guy Roche, with additional production by Walter Afanasieff. Warren did also the background vocals. 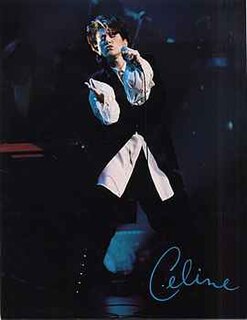 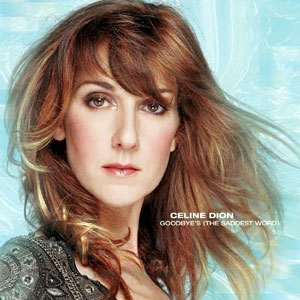 "Goodbye's " is a song recorded by Canadian recording artist Celine Dion for her sixth English-language album A New Day Has Come (2002). The song was written and produced by Robert John "Mutt" Lange, while Lange and his then-wife, country singer Shania Twain did the backing vocals. Lyrically, the song speaks about motherly love and fear of losing one's mother. It was released as the album's third and last commercial single on 18 November 2002.

Mommy Is at the Hairdresser's is a 2008 drama directed by Léa Pool.

Élie Dupuis is a Canadian musician, film and television performer from the Canadian province of Quebec, best known for his role in the Léa Pool film Mommy Is at the Hairdresser's . His work as a performer has been recognized by popular Quebec entertainment media such as the French-language version of Canoe.ca. 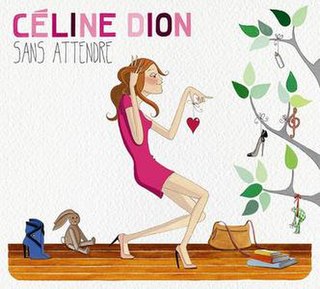 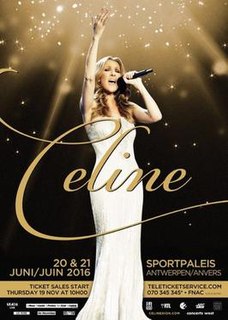 The Summer Tour 2016 was the eleventh concert tour by Canadian singer Celine Dion. It was organized to support Dion's French-language studio album, Encore un soir, released on 26 August 2016. It was Dion's first tour since the Sans attendre Tour in 2013. With 28 shows, it was also her biggest Francophone tour since the D'eux Tour in 1995-96. The show began in Antwerp, Belgium on 20 June 2016 and concluded on 31 August 2016 in Trois-Rivières, Québec. The Summer Tour 2016 grossed $56 million.

The Orphan Muses is a Canadian drama film, directed by Robert Favreau and released in 2000. An adaptation of the play by Michel Marc Bouchard, the film stars Marina Orsini, Céline Bonnier, Stéphane Demers and Fanny Mallette as a group of adult siblings dealing with the revelation of a longtime family secret.

The Courage World Tour is the fourteenth concert tour by the Canadian singer Celine Dion, in support of her English-language studio album, Courage (2019), and her first world tour in over a decade, since her Taking Chances World Tour. The tour began in Quebec City, Canada, on 18 September 2019. 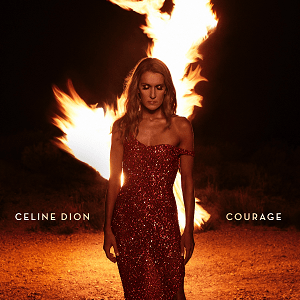 Courage is the twelfth English-language studio album by Canadian singer Celine Dion, released by Columbia Records on 15 November 2019. It is her first English album in six years after Loved Me Back to Life (2013). Dion worked on Courage with various writers and producers, including Sia, David Guetta, Greg Kurstin, Sam Smith, StarGate, Jimmy Napes, Lauv, LP, Jörgen Elofsson, Stephan Moccio, Eg White, Liz Rodrigues of The New Royales, and many more.

"Imperfections" is a song recorded by Canadian singer Celine Dion for her twelfth English-language studio album, Courage (2019). It was written by Lauv, Michael Pollack, Nicholas Perloff-Giles and DallasK, and produced by DallasK. "Imperfections" was released as a digital download on 18 September 2019. The music video premiered on 26 September 2019 and the song impacted adult contemporary radio in the United States on 30 September 2019. "Imperfections" topped the sales and radio charts in Quebec, and received positive reviews from music critics. Dion performed it during her Courage World Tour.