Thérèse Pierre was born on 5 November 1908 in Épernay, Marne. Her parents were teachers. She got the first part of the professorship in 1929. She was appointed to Évreux, then to Felletin, and became a lecturer at Bar-le-Duc, Vitré, Redon, and Fougeres.

At Carhaix, at the beginning of 1942, she met a Finistere Resistance official, the future Lieutenant-Colonel Pascal. Thérèse Pierre was 34 years old and had a history as a communist activist. Transferred to Fougères, she became the head of the borough, in September 1942, under the name of Madeleine. She participated in the organization of Francs-Tireurs et Partisans groups and their weapons. She had more than a hundred men under her responsibility. She was in contact with the regional chiefs and with the resistance fighters. She was arrested on October 23, 1943 in Fougères by the Sicherheitsdienst (SD, SS Intelligence Service), and transferred to Rennes. On October 27, 2013, a plaque was unveiled on the facade of the house she lived at 32, rue des Prés in Fougères. On the occasion of the inauguration of a commemorative plaque at the Thérèse Pierre de Fougères College, on October 27, 1979, Mrs. Germaine Guénée, a resister and close friend of Thérèse Pierre, stated:

She was cautious and at the same time daring, which made her succeed in everything she did. It is absolutely remarkable that no resistance, under his orders, was taken in the course of actions carried out by her or with her ... She passed from a frank cordiality to short and dazzling anger when the safety of the Resistance was in danger because of carelessness or gossip or imprudence. She subjugated everyone since the F.T.P. from 17 who could have been his sons to the old militants who could have been his parents. [5]

Testimony: "Thérèse Pierre? Her ordeal and death are in many memories, but their details are not well known. Transferred to Jacques-Cartier Prison, she was tortured hour by hour from her arrest until her death, beaten and flogged for two consecutive days. She remained in contact with her prison mates through the central heating channel. Madame Lequeu, of Dol, received her last words. The body was completely bruised, she dragged herself on the floor of her cell, sobbed, screamed in pain, repeated tirelessly: "I will not speak ... They will not make me talk." Towards the end of this second day, she said distinctly: "They got nothing from me ..." The next morning, she was found hanging from the bars of her jail with one of her stockings. This was alleged to be a German-staged suicide. Her fueral took place at the cathedral of Rennes, where her body was transported from the morgue." [6]

Thérèse Pierre was awarded the Order of the Division, including War Cross with Silver Star. Two schools bear her name, including the college Thérèse-Pierre de Fougères. The medal of the French resistance was awarded to her in 1946. [7]

Robin Hunzinger's film, Where are our lovers, retraces her story.

A street in Paris pays homage to her : promenade Thérèse Pierre. [8] [ circular reference ] 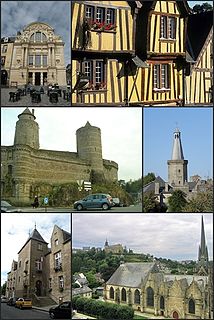 Fougères is a commune and a sub-prefecture of the Ille-et-Vilaine department in the region of Brittany, northwestern France.

Juliette Gréco was a French singer and actress. Her best known songs are "Jolie Môme", "Déshabillez-moi" and "La Javanaise". She often sang tracks with lyrics written by French poets such as Jacques Prévert and Boris Vian, as well as singers like Jacques Brel and Serge Gainsbourg. Her sixty-year career finished in 2015 when she began her last worldwide tour titled "Merci".

Job de Roincé, was a French journalist and writer, and also one of the founding figures of Breton nationalism.

The Prix du Quai des Orfèvres is an annual French literature award created in 1946 by Jacques Catineau. It goes to an unpublished manuscript for a French-language police novel. The selected novel is then published by a major French publishing house, since 1965 Fayard. The jury is led by the chief of the Prefecture of Police of Paris. The name of the award refers to the headquarters of the Paris police, located at 36, quai des Orfèvres.

Claude Rodier was a physicist, teacher and staff sergeant in the Mouvements Unis de la Résistance (MUR), part of the French Resistance in Auvergne, France.

Yvonne Gouverné, née Yvonne Marcelle Gouverné, was a 20th-century French pianist by training, who went on to become an accompanist and choir conductor. 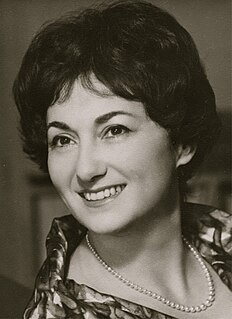 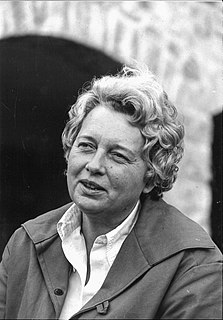 Marie-Thérèse Cheroutre was a French historian and professor of philosophy. She served as general commissioner of Guides de France from 1953 to 1979.

Jean-Yves Veillard was a French historian.

Jean Carpentier was a French historian.

Jeanne Amen was a French painter.

This article incorporates text available under the CC BY-SA 3.0 license.