Thören is a village on the southern edge of the Lüneburg Heath in the north German state of Lower Saxony. It is located in the Aller-Leine Valley and is an Ortschaft (municipal division) of the municipality of Winsen (Aller). [1]

In 1662 a school was established in Thören, In 1667, according to a preserved Amt register it had 4 farmsteads (Vollhöfe), 2 smallholdings (Halbhöfe), 7 farmers (Bauern), 2 cottagers (Kötner) and a tithe barn . In 1900 there were 161 inhabitants in the village [2] and in 1921 Thören had 174. By 1946 the population had grown to 445 and today there are about 670. In 1966 the school was closed; after a time it was converted, together with the teacher's residence, into the Brase Inn, after the neighbouring inn of Voigt (formerly the post office) had been closed previously. In 1972 Thören was incorporated into Winsen (Aller).

Thören's Schützenverein was founded in 1909 and its volunteer fire service in 1934. In 1975 the local interest group was formed. There is also a football club, hunting fraternity, bowling club and a riding and driving club. 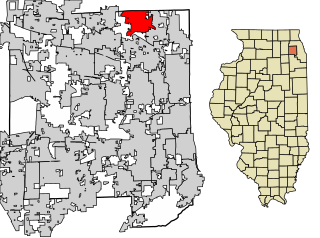 Itasca is a village in DuPage County, Illinois, United States. Located approximately 25 miles northwest of downtown Chicago, Itasca is close to O'Hare International Airport, major expressways and rail transportation. Itasca is home to a country club, a resort and shares a border with Medinah's legendary golf course. The population was 9,725 at the 2020 census. BusinessWeek rated Itasca as the Best Affordable Suburb in the state of Illinois. 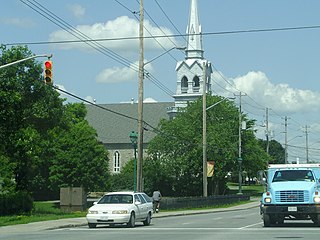 Orleans is a suburb of Ottawa, Ontario, Canada. It is located in the east end of the city along the Ottawa River, about 16 km (10 mi) from Downtown Ottawa. The Canada 2016 Census determined that Orléans' population was 116,688. Prior to being amalgamated into Ottawa in 2001, the community of Orléans was spread over two municipal jurisdictions, the eastern portion being in the pre-amalgamation City of Cumberland, the western portion in the City of Gloucester. According to the 2016 census, 69,178 people lived in the Cumberland portion of Orleans, while 47,510 people lived in the Gloucester portion. Today, Orléans spans the municipal wards of Orléans, Innes, and Cumberland. Orléans contains a significant francophone population. 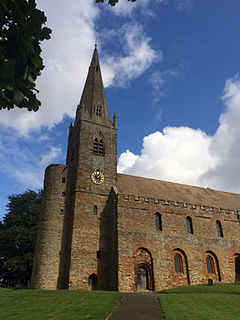 Brixworth is a large village and civil parish in West Northamptonshire, England. The 2001 census recorded a parish population of 5,162, increasing to 5,228 at the 2011 census. The village's All Saints' Church is of Anglo-Saxon origin. 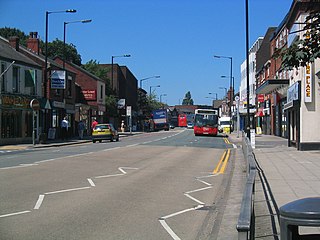 Hazel Grove is a suburb in the Metropolitan Borough of Stockport, Greater Manchester, England, close to the Peak District national park. 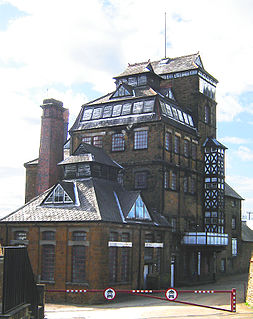 Hook Norton is a village and civil parish in Oxfordshire, England. It is 4+1⁄2 miles (7 km) northeast of Chipping Norton and close to the Cotswold Hills. The 2011 Census recorded the parish's population as 2,117. The village is formed of four neighbourhoods: East End, Scotland End, Down End and Southrop.

Turvey is a village and civil parish on the River Great Ouse in Bedfordshire, England, about 6 miles (9.7 km) west of Bedford. The village is on the A428 road between Bedford and Northampton, close to the border with Buckinghamshire. The 2011 Census recorded the parish's population as 1,225. 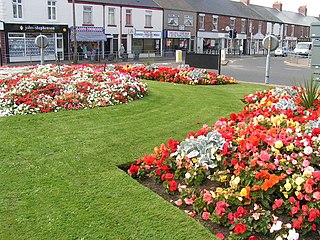 Seaton Delaval is a village in Northumberland, England, with a population of 4,371. The largest of the five villages in Seaton Valley, it is the site of Seaton Delaval Hall, completed by Sir John Vanbrugh in 1727.

The Oley Valley is a valley 10 miles (16 km) northeast of Reading, Pennsylvania, United States. It covers all of Oley, Pike, Ruscombmanor, Alsace and part of Exeter Township. The valley is drained by Manatawny and Pine Creeks, and is a part of the Schuylkill River system. At the center of the valley is the village of Oley. The village has a strong historical heritage. In March 1983, the entire Township of Oley was listed on the National Register of Historic Places. 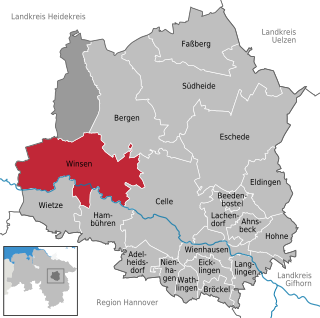 Winsen an der Aller or Winsen (Aller) is a town in the district of Celle in the German state of Lower Saxony.

Winsen (Luhe) is the capital of the district of Harburg, in Lower Saxony, Germany. It is situated on the small river Luhe, near its confluence with the Elbe, approx. 25 km southeast of Hamburg, and 20 km northwest of Lüneburg. 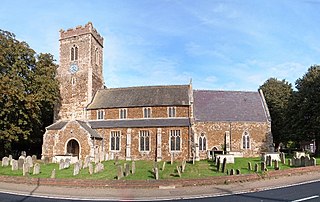 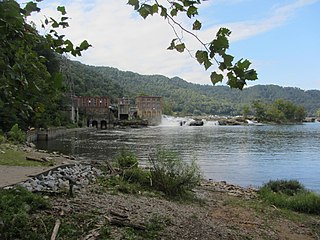 Glen Ferris is a census-designated place (CDP) on the western bank of the Kanawha River in Fayette County, West Virginia, United States. It is situated approximately one mile south of the town of Gauley Bridge. The sole highway linking Glen Ferris to the area is U.S. Route 60, known also as the Midland Trail. As of the 2010 census, its population was 203; the community had 104 housing units, 87 of which were occupied. The village is roughly a mile and a half in length. Glen Ferris is home to two churches, one Apostolic and one Methodist. A railway owned by Norfolk Southern runs parallel to US Route 60 through the village.

Kingsley is in Harford Township, Susquehanna County, Pennsylvania, United States. Kingsley was named after Revolutionary War veteran Rufus Kingsley, who had been the first settler in the area. 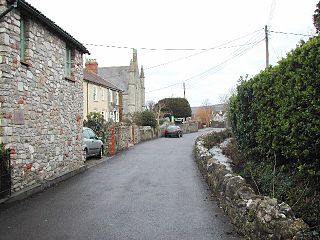 Lower Langford is a village within the civil parishes of Churchill and Burrington in the unitary authority of North Somerset, England. It is located on the western edge of the Mendip Hills about 8 miles (12.9 km) east of Weston-super-Mare. It was a village built around the estate of Sidney Hill who was the original inhabitant of the village. The estate is now the University of Bristol School of Veterinary Science.

Meißendorf is a village and Ortschaft of the municipality of Winsen an der Aller in the Lower Saxon district of Celle in northern Germany. 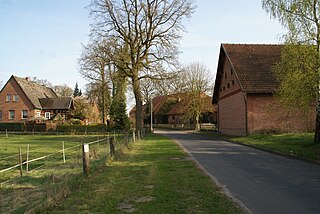 Belsen is a village within the German borough of Bergen in the northern part of Celle district on the Lüneburg Heath in Lower Saxony. The village, whose original site lies about 3 kilometres (1.9 mi) southwest of Bergen, has 331 inhabitants (as at: 31 December 2000). The Belsen concentration camp was named after it. Today Belsen is dominated by the former British Army camp of Hohne on the edge of the NATO firing ranges.

Walle is a village and Ortschaft of the municipality of Winsen (Aller) in Celle district, Lower Saxony, on the Lüneburg Heath in Germany.

Bannetze is a village and Ortschaft on the River Aller in the municipality of Winsen (Aller) in the district of Celle in the north German state of Lower Saxony. The L180 state road passes through the village. The village has under 400 inhabitants. 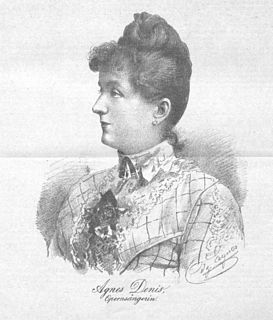 Agnes Stavenhagen, pseudonym Agnes Denis, was a German operatic soprano. Through her work at the Weimarer Hoftheater and in concerts throughout Europe, she was a highly esteemed Kammersängerin and achieved great popularity during her lifetime. She was soprano soloist in the first performance in Munich of Mahler's Second Symphony in 1900, conducted by the composer.