Thörnell or Thornell is a Swedish surname that may refer to:

Jack Randolph Thornell is an American photographer. He won a Pulitzer Prize for his photo of James Meredith after the activist was attacked and wounded by a sniper during his June 1966 March Against Fear in Mississippi. 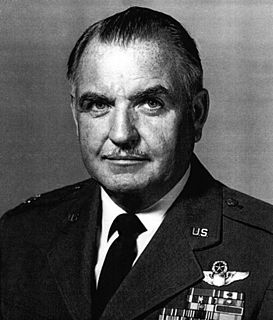 John Francis Thornell, Jr was a career officer in the United States Air Force and a World War II flying ace. He flew P-51 Mustangs and P-47 Thunderbolts with the 328th Fighter Squadron of the 352nd Fighter Group. He was the third highest scoring ace of 352nd Fighter Group, and one of the top USAAF aces of the European Theater of Operations and Eighth Air Force, with 17.25 aerial victories and 2 ground victories. 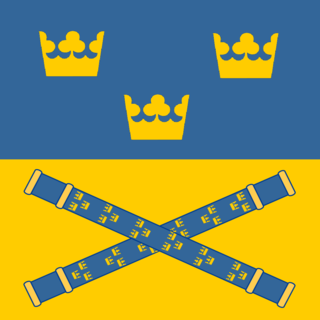 Thomas Östros is a Swedish economist, former Social Democratic politician and CEO of the Swedish Bankers' Association. In 2015 he was named Executive Director for Northern Europe at the International Monetary Fund. 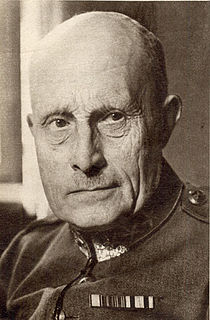 Olof Gerhard Thörnell was a Swedish Army general. He was Sweden's first Supreme Commander from 8 December 1939 until 1944. Before 1939 that had been the role of the King.

Rolf Åke Mikael Nyqvist, better known as Michael Nyqvist, was a Swedish actor. Educated at the School of Drama in Malmö, he became well known for playing police officer Banck in the 1997–1998 Martin Beck TV series and for his leading role in the 2001 film Grabben i graven bredvid. He was internationally recognized for his role as Mikael Blomkvist in the acclaimed Millennium series and as the lead villains in Mission: Impossible – Ghost Protocol and John Wick. In 2004, he played the leading role in As It Is in Heaven which was nominated for Best Foreign Language Film at the 77th Academy Awards.

John Erickson may refer to:

Johan Patrik Mattias Liiva is a Swedish extreme metal vocalist, most widely recognized as the founding vocalist of popular melodic death metal band Arch Enemy, as well as a former member of Carnage, Furbowl, and NonExist. He is currently working as vocalist with the band Hearse and with his former Arch Enemy bandmates in Black Earth.

Hearse is a Swedish melodic death metal band, founded by vocalist Johan Liiva and drummer Max Thornell in 2001. The band have released five albums to date.

Nils Per Robert Swedlund was a Swedish Army general who was Supreme Commander of the Swedish Armed Forces from 1951 to 1961. He was one of the strongest advocates for a Swedish nuclear weapons program. He worked hard to convince the government that they were necessary.

The following are the Pulitzer Prizes for 1967.

Rambo is an American surname, variously of French, German or Swedish origin. It is now best known from the Rambo franchise, named for protagonist John Rambo from the novel First Blood (1972).

Max Thornell is a Swedish musician, most widely recognized as the drummer of Swedish death metal band Hearse. Also with Johan Liiva from Hearse, he played drums, keyboards and performed some backing vocals in early 90s death metal band Furbowl. The other Max's band is Swedish thrash metal band Satanarchy.

Gästrike-Hälsinge Nation, colloquially known as GH, is an association of university students in Uppsala, Sweden, primarily from Uppsala University but also for students from the Swedish University of Agricultural Sciences. The nation first and foremost, but not exclusively, recruits students from the Hälsingland and Gästrikland provinces of Sweden.

The Chatter Telephone is a pull toy for toddlers 12 to 36 months of age. Introduced in 1962 by the Fisher-Price company as the "Talk Back Phone" for infants and children, the Chatter Telephone is a roll along pull toy. It has a smiling face, and when the toy is pulled, it makes a chattering sound and the eyes move up and down. The toy has a rotary dial that rings a bell, and was conceived as a way to teach children how to dial a phone.

The Big Band is an album by American jazz organist Jimmy McGriff featuring performances recorded in 1966 and originally released on the Solid State label.