Thüren is a lake in the Mecklenburgische Seenplatte district in Mecklenburg-Vorpommern, Germany. At an elevation of 62.1 m, its surface area is 1.72 km². 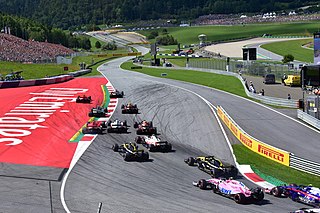 Formula One is the highest class of international auto racing for single-seater racing cars sanctioned by the Fédération Internationale de l'Automobile (FIA). The series is owned by Liberty Media, an American mass media company controlled by its founder and chairman John C. Malone, through its wholly owned subsidiary, the Formula One Group. The World Drivers' Championship, which became the FIA Formula One World Championship in 1981, has been one of the premier forms of racing around the world since its inaugural season in 1950. The word "formula" in the name refers to the set of rules to which all participants' cars must conform. A Formula One season consists of a series of races, known as Grands Prix, which take place worldwide on purpose-built circuits and on closed public roads.

ISO 4217 is a standard published by International Organization for Standardization (ISO) that defines alpha codes and numeric codes for the representation of currencies and provides information about the relationships between individual currencies and their minor units. This data is published in three tables:

1 is a number and a numerical digit used to represent that number in numerals. It represents a single entity, the unit of counting or measurement. For example, a line segment of unit length is a line segment of length 1. In conventions of sign where zero is considered neither positive nor negative, 1 is the first and smallest positive integer. It is also sometimes considered the first of the infinite sequence of natural numbers, followed by 2, although by other definitions 1 is the second natural number, following 0.

Vietnam, officially the Socialist Republic of Vietnam, is a country in Southeast Asia and the easternmost country on the Indochinese Peninsula. With an estimated 96.2 million inhabitants as of 2019, it is the 15th most populous country in the world. Vietnam shares its land borders with China to the north, and Laos and Cambodia to the west. It shares its maritime borders with Thailand through the Gulf of Thailand, and the Philippines, Indonesia and Malaysia through the South China Sea. Its capital city is Hanoi, and its most populous city is Ho Chi Minh City, also known by its former name of Saigon.

Lipoprotein lipase (LPL) is a member of the lipase gene family, which includes pancreatic lipase, hepatic lipase, and endothelial lipase. It is a water-soluble enzyme that hydrolyzes triglycerides in lipoproteins, such as those found in chylomicrons and very low-density lipoproteins (VLDL), into two free fatty acids and one monoacylglycerol molecule. It is also involved in promoting the cellular uptake of chylomicron remnants, cholesterol-rich lipoproteins, and free fatty acids. LPL requires ApoC-II as a cofactor. 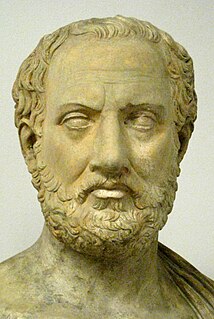 Historical method is the collection of techniques and guidelines that historians use to research and write histories of the past. Secondary sources, primary sources and material evidence such as that derived from archaeology may all be drawn on, and the historian's skill lies in identifying these sources, evaluating their relative authority, and combining their testimony appropriately in order to construct an accurate and reliable picture of past events and environments.

The Burchardi flood was a storm tide that struck the North Sea coast of North Frisia and Dithmarschen on the night between 11 and 12 October 1634. Overrunning dikes, it shattered the coastline and caused thousands of deaths and catastrophic material damage. Much of the island of Strand washed away, forming the islands Nordstrand, Pellworm and several halligen.

Tvedes Bryggeri was a brewery on Vesterbrogade in Copenhagen, Denmark. Founded by Hans Jørgen Tvede in 1852, it became the largest Nordic producer of small beer in the 1880s prior to its merger with several other breweries under the name De Forenede Bryggerier in 1891. Its buildings were converted into apartments in the 1990s. The two buildings that front the street are heritage listed.

The Bernward Doors are the two leaves of a pair of Ottonian or Romanesque bronze doors, made c. 1015 for Hildesheim Cathedral in Germany. They were commissioned by Bishop Bernward of Hildesheim (938–1022). The doors show relief images from the Bible, scenes from the Book of Genesis on the left door and from the life of Jesus on the right door. They are considered a masterpiece of Ottonian art, and feature the oldest known monumental image cycle in German sculpture, and also the oldest cycle of images cast in metal in Germany.

"Vauvoja" is a song by Finnish singer Kasmir from his forthcoming second studio album. The song features Finnish singer Saara. It was released on 15 May 2015 through Universal Music Finland, with its official music video being released on 23 May. The song has reached the number-one position on the Finnish downloads and airplay charts, while it's reached the top five on the singles chart. "Vauvoja" is the Kesäkumi song of 2015. 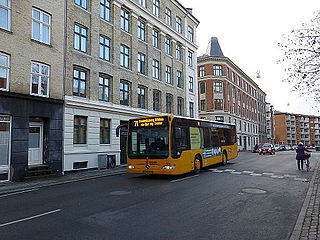 Howitzvej is a street in the Frederiksberg district of Copenhagen, Denmark. It runs from Falkoner Allé in the east to Nordre Fasanvej where it turns into Finsensvej before the name changes again to Jernbane Allé on the border with Vanløse.

Dannebrogsgade is a street in the Vesterbro district of Copenhagen, Denmark. It runs from Vesterbrogade in the north to Sønder Boulevard in the south and passes Istedgade on the way. It is closed to car traffic both at Otto Krabbes Plads and Litauens Plads. The buildings on the east side of the street at its northern end overlooks the Shooting Range Garden. 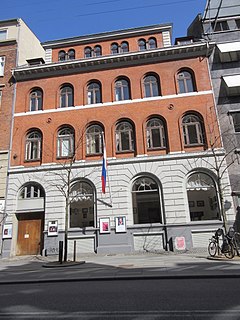 The Russian Centre for Science and Culture in Copenhagen is located at Vester Voldgade 11 in central Copenhagen, Denmark.

Skolen ved Søerne is a public primary school operated by Frederiksberg Municipality at two sites in the Vordrofsvej Quarter of Frederiksberg, Greater Copenhagen, Denmark. It takes its name after The Lakes.