The Thüringer Bachwochen (Thuringia Bach weeks) is a Baroque music festival in honor of Johann Sebastian Bach. It is the largest classical music festival in Thuringia, Germany. The artistic director since 2004 has been the Erfurt Cathedral organist Silvius von Kessel.

In 1992, the Thuringian Bach Festival was held for the first time. After being abandoned, it was revived in 2005. Artists have included Ton Koopman, Olivier Latry, the Cappella Amsterdam, Martin Stadtfeld, Sol Gabetta, the Berlin Baroque Soloists, the Collegium Vocale Gent conducted by Philippe Herreweghe, the Tölzer Knabenchor and the Dresdner Kreuzchor.

Bach was born in Thuringia and lived in various places in the province. Venues for events vary from year to year. They have included: 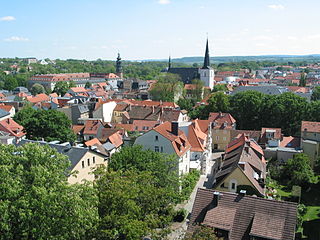 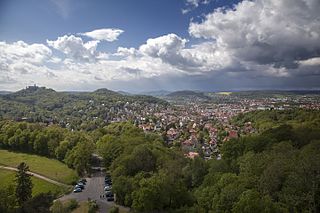 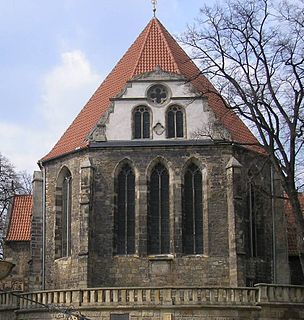 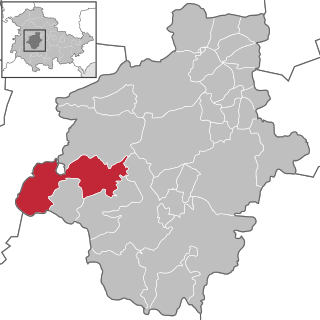 Waltershausen is a town in the south-western part of the district of Gotha in the state of Thuringia, Germany. 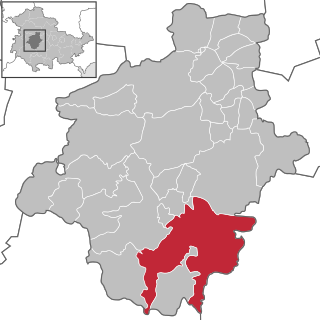 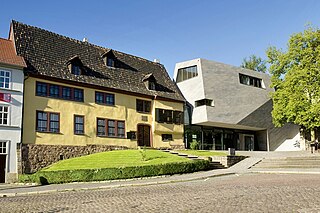 The Bach House in Eisenach, Thuringia, Germany, is a museum dedicated to the composer Johann Sebastian Bach who was born in the city. On its 600 m² it displays around 250 original exhibits, among them a Bach music autograph. The core of the building complex is a half-timbered house, ca. 550 years old, which was mistakenly identified as Bach's birth house in the middle of the 19th century. In 1905, the Leipzig-based Neue Bachgesellschaft acquired the building. In 1907, it was opened as the first Bach museum. 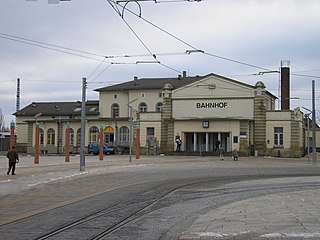 Gotha station is the main station of Gotha in the German state of Thuringia. It is served by InterCity trains and every two hours by Intercity-Express trains on the Thuringian Railway. Services on the Gotha–Leinefelde line to the north also serve the station. Passenger services on the Ohra Valley Railway (Ohratalbahn) to the south ended in December 2011.

Ferdinand Jung was a German Communist activist who resisted the Nazi government in the 1930s and spent a good deal of time in prisons and concentration camps. In later life he found himself in the political mainstream in his country's second one-party dictatorship and became a senior politician.