SC Magdeburg is a handball club from Magdeburg, Germany, and is competing in the Handball-Bundesliga.

The 3. Liga is a professional association football league and the third division in Germany. In the German football league system, it is positioned between the 2. Bundesliga and the fourth-tier Regionalliga.

THW Kiel is a handball club from Kiel, Germany. Currently, they compete in the Handball-Bundesliga and are the record champion with 22 titles. 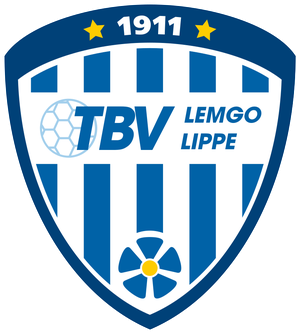 TBV Lemgo is a handball club from Lemgo, Germany, and is competing in the Handball-Bundesliga.

The 2. Frauen-Bundesliga is the second league competition for women's association football in Germany. For its first 14 seasons the league was divided into two groups: Nord and Süd. The winner and the runner-up are promoted to the Bundesliga ; the last three places are relegated to the Regionalliga. Until the 2017–18 season, in each group, the winner was promoted and the bottom two were relegated.

Katrin Engel is an Austrian handballer playing for Thüringer HC and the Austrian national team. She has been the 2009 World Women's Handball Championship topscorer.

Nina Müller, née Wörz is a German handball player. She plays for the German club Thüringer HC and for the German national team, having made her international debut on 19 February 1999 against Poland.

Odense Håndbold is a Danish women's handball team, that plays in Damehåndboldligaen, Denmark's premier women's handball league. It was created in August 2009 and took over GOG Svendborg TGI's license for the league, which was published in a press meeting August 27, 2009 in Odense Idrætshal. They changed their name to Odense Håndbold before the beginning of the 2016/2017 season. 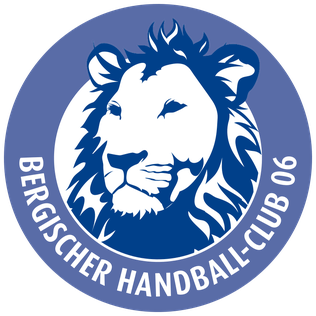 Bergischer Handball-Club 06 is a handball club from the cities of Wuppertal and Solingen, Germany, that plays in the Handball-Bundesliga.

Handball-Bundesliga, is the top women's professional handball league in Germany. 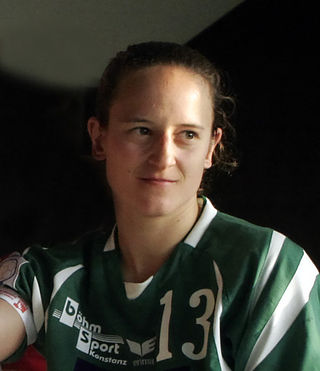 Kerstin Wohlbold is a German handballer for Thüringer HC.

Buxtehuder SV is a German sports club based in Buxtehude, Lower Saxony. The club is best known for its women's handball team, currently competing in the Handball-Bundesliga Frauen and 2022-23 Women's EHF European League, but also has departments for many other sports, including association football, athletics, swimming, boxing, gymnastics, and volleyball.

Crina Elena Pintea is a Romanian professional handballer who plays as a pivot for CSM București and the Romanian national team.

Anne Hubinger is a German handball player for Thüringer HC and the German national team.

HC Erlangen is a handball club from Erlangen, Germany. They currently compete in the Handball-Bundesliga.

Aslı İskit is a Turkish women's handballer, who plays for Thüringer HC and the Turkey national team. The 1.78 m -tall sportswoman plays in the back position.