Thai Parliament Television (Thai : สถานีวิทยุโทรทัศน์รัฐสภา) is Thai television channel that broadcasts the session of National Assembly of Thailand such as House of Representatives and Senate and information of parliamentary to people. Outside the parliamentary coverage including non-sitting hours, TPTV air Educational and Edutainment program.

TPTV also shares airtime on NBT since 2002-2003 on Weekday Mornings and Selected Sessions of the Parliament. TPTV also simulcast on most television channels and News Website and social media owned by news media in Thailand during most important sessions.

TPTV was launched on 12 August 2006 in satellite platform. TPTV started broadcasting in Digital television on MCOT MUX on 21 July 2015.

Udon Thani province is one of Thailand's seventy-six provinces (changwat) which lies in upper northeastern Thailand, also called Isan. It is bordered by the provinces of Nong Khai to the north, Sakon Nakhon to the east, Kalasin province to the southeast, Khon Kaen to the south, and Loei and Nong Bua Lamphu to the west. It occupies an area of 11,072 km2 (4,275 sq mi). The total forest area is 1,131 km2 (437 sq mi) or 10.2 percent of provincial area. The provincial capital is Udon Thani, the major city in the province.

BBC Parliament is a British free-to-air television channel which broadcasts live and recorded coverage of the House of Commons, House of Lords and Select Committees of the Parliament of the United Kingdom, the Scottish Parliament, the London Assembly, the Northern Ireland Assembly and the Senedd. As of January 2022, the channel had a typical weekly peak of approximately 120,000 viewers, during Prime Minister's Questions, representing a monthly reach of 5.41% of UK TV households and 0.06% overall share. When the channel is not broadcasting parliamentary content, it simulcasts the BBC News channel.

The Cable Public Affairs Channel, better known by its acronym CPAC, is a Canadian specialty channel owned by a consortium that includes among other part-owners Rogers Communications, Shaw Communications, Vidéotron, Cogeco, and Eastlink. The channel is devoted to coverage of public and government affairs, including carrying a full, uninterrupted feed of proceedings of the House of Commons of Canada, with three audio channels, one untreated feed and, with the assistance of interpreters, one in each of the official languages.

The Nederlandse Omroep Stichting is one of the broadcasting organisations making up the Netherlands Public Broadcasting system. It has a special statutory obligation to make news and sports programmes for the three Dutch public television channels and the Dutch public radio services. It is funded by the Dutch government.

Asamblea Nacional Televisión (ANTV) was the television station of the National Assembly of Venezuela. It was created in 2005 to cover the proceedings of Venezuela's National Assembly. Their goal is to increase the participation of Venezuelan citizens in the legislative debates. The signal is seen by those with a cable or satellite subscription in Venezuela, under the name Fundación Audiovisual Nacional de Televisión, that it's not the current National Assembly channel; therefore, the Assembly broadcasts their sessions in a YouTube channel also called ANTV.

Lok Sabha TV was an Indian public cable television network channel that offered coverage of central government proceedings and other public affairs programming. Its remit was to make accessible to all the work of the parliamentary and legislative bodies of India. The channel broadcast live and recorded coverage of the Lok Sabha while Rajya Sabha TV covered the sessions of the Rajya Sabha. 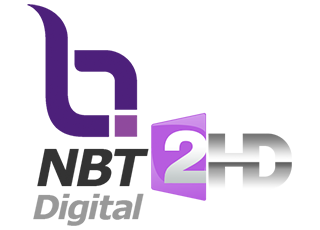 Sangsad Bangladesh Television, often known as Sangsad Television, branded on-air as Sangsad Bangladesh, is a Bangladeshi state-owned parliamentary television channel, which is the sister of Bangladesh Television. It was launched on 25 January 2011, and broadcasts live from the National Parliament of Bangladesh. Other than that, variety of other programming is broadcast during the channel's last two hours of daily broadcasting. However, in case if there is no parliamentary session, Sangsad Television would broadcast daily from 18:00 to 20:00 (BST). The channel is operated by the Ministry of Information.

This is a timeline of the notable events relating to BBC Parliament.