The Association of Japanese Animations

AJA's scope of duties are to work on various issues concerning the Japanese animation industry, which most members are a part of.

Most of AJA's members are small to medium-sized companies, hence the need for AJA to unite together to overcome some of the bigger problems, such as infringement of intellectual properties, rampant piracy and illegal file sharing has risen following the introduction and widespread adoption of P2P networking software.

Besides the aforementioned, AJA also serves to resolve conflicts, and provide improvements of the general production environment, talents and oversea operations.

AJA also organises events to promote the work of their members to the major distributor of licenses of other regions, R1 (US), R3 (SEA), R2 (UK), R4 (Aus) and so on, in bid to promote Japanese animation to the world.

One of their events is the biggest anime related event in Japan, the Tokyo International Anime Fair.

Since April 2014, the AJA took leadership of Young Animator Training Project (若手アニメーター育成プロジェクト, Wakate Animētā Ikusei Purojekuto) an annual project first launched in 2010 by the Japanese Animation Creators Association and funded by the Japanese government's Agency for Cultural Affairs in order to support training animators. The project features a series of animated shorts produced by various animation studios each year. In 2012 it was renamed Anime Mirai (アニメミライ) [3] and again in 2016 to Anime Tamago (あにめたまご, lit. "Anime Egg").

Taiyō Matsumoto is a manga artist from Tokyo. He made his debut with STRAIGHT in Morning, Kodansha's monthly seinen manga magazine, but is known for his works with Kodansha's rival publisher Shogakukan, including Tekkonkinkreet, Ping Pong and No. 5. He has received critical praise for his unconventional and often surrealist art style. Ping Pong and Blue Spring have been adapted into live-action feature films. Animation studio Studio 4°C adapted Tekkonkinkreet into an animated feature film. Matsumoto has been called one of the best artists in the recent history of manga and has won numerous awards, including the Shogakukan Manga Award, the Tezuka Osamu Cultural Prize and the Eisner Awards. He is the cousin of Santa Inoue, another manga artist.

Yōichi Kotabe, is a Japanese animator and character designer. He has worked on several anime films from the 1960s and 1970s, on the Super Mario video game series, and the Pokémon series in television and film. He was an employee at Nintendo for two decades doing illustrations, character designs, and supervision from 1985 to 2007. At that time, he began to work as a freelancer for the anime and video game industry, including for Nintendo again.

Satomi Arai is a Japanese voice actress from Saitama Prefecture. She married voice actor Yoshimitsu Shimoyama in 2008 and had a son in 2010, but her husband's identity was not disclosed until 2016. 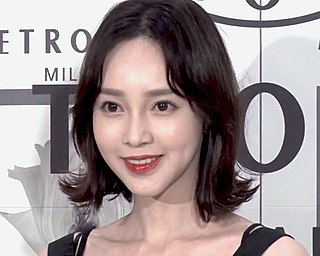 Lee Ayumi, professionally known as Ayumi in South Korea and Yumi Itō in Japan, is a Japanese-born South Korean singer, actress and entertainer based in Japan and South Korea. She debuted under the stage name Ahyoomee in 2001, as the leader and lead vocal of South Korean girl group Sugar until the group's disbandment in 2006. Following the disbandment, Lee embarked on a solo career in South Korea under SM Entertainment, releasing two digital singles. In 2008, she returned to Japan and began an acting career under the Japanese stage name Yumi Itō. In 2009, she debuted as a singer in Japan, under Avex's Rhythm Zone, taking the stage name Iconiq and released a studio album, an EP, and seven digital singles.

Katsudō Shashin, sometimes called the Matsumoto fragment, is a Japanese animated filmstrip that is the oldest known work of animation from Japan. Its creator is unknown. Evidence suggests it was made before 1912, so it may predate the earliest displays of Western animated films in Japan. It was discovered in a collection of films and projectors in Kyoto in 2005.

The Japanese Animation Creators Association or JAniCA, is a non-profit organization dedicated to improving working conditions for workers in the anime industry. The group was formed in June 2007.

The Young Animator Training Project is an annual project launched in 2010, and funded by the Japanese government's Agency for Cultural Affairs in order to support training animators. The project culminates in a series of anime shorts produced by various animation studios each year called:

Studio Ponoc is a Japanese animation studio based in Musashino, Tokyo, Japan. The company was founded by former Studio Ghibli lead film producer Yoshiaki Nishimura in April 2015. Its first feature film, Mary and the Witch's Flower, was released on July 8, 2017 throughout Japan with the film's main character Mary Smith serving as the company's mascot in their logo, similar to Studio Ghibli's mascot, Totoro.

Tatsuya Oishi is a Japanese animator, director and storyboard artist. Beginning with Studio Junio, and then moving to Gainax, and then settling at Shaft with fellow director Akiyuki Shinbo, Oishi directed the Bakemonogatari television series and its prequel film trilogy Kizumonogatari.

Mirai is a 2018 Japanese animated adventure fantasy comedy film written and directed by Mamoru Hosoda and produced by Studio Chizu. It premiered on May 16, 2018 at Directors' Fortnight and released in Japan on July 20, 2018. The film stars the voices of Moka Kamishiraishi, Haru Kuroki, Gen Hoshino, Kumiko Aso, Mitsuo Yoshihara, Yoshiko Miyazaki, Koji Yakusho and Masaharu Fukuyama.

Shirogumi Inc., member of The Association of Japanese Animations, is a company centralized in the production of animated series and feature films, as well as the making and adjusting of visual effects.

The Japan Record Award for the Best Album ("最優秀アルバム賞") is awarded annually but suspended in 2006 and 2007. The top honor for albums was named Album Grand Prix Award ("アルバム大賞") until 2001, when it was replaced by the Best Album award ("ベストアルバム賞"), and underwent another Japanese name change in 2008.

Tokai On Air are a Japanese YouTuber group based in Okazaki, Aichi Prefecture consisting of 6 members: Tetsuya, Ryo, Shibayu, Toshimitsu, Yumemaru, and Mushimegane. The group began posting videos on YouTube in 2013, and belong to multi-channel network UUUM since 2017.