The Boys from St. Petri

The Boys from St. Petri (Danish : Drengene fra Sankt Petri) is a 1991 Danish drama film directed by Søren Kragh-Jacobsen. It was screened out of competition at the 1992 Cannes Film Festival. [1] The film is inspired by the activities of the Churchill Club, but the actual plot is fiction. It is based on Bjarne Reuter's book Drengene fra Sankt Petri. [2] It has been published in English as Boys from St. Petri. [3]

Søren Kragh-Jacobsen is a Danish film director, musician, and songwriter. He was one of the founders and practitioners of the Dogme95 project, for creating films without artificial technology or techniques.

Bjarne Reuter is a Danish writer and screenwriter, best known for children's and young adult books. Many of his works are set in the 1950s and 1960s, the time period of his childhood and adolescence. Many also feature the Copenhagen area, where he was born in Brønshøj. Reuter is the screenwriter of the popular Danish television series and movie Busters verden.

Danish literature, a subset of Scandinavian literature, stretches back to the Middle Ages. The earliest preserved texts from Denmark are runic inscriptions on memorial stones and other objects, some of which contain short poems in alliterative verse. In the late 12th century Saxo Grammaticus wrote Gesta Danorum. During the 16th century, the Lutheran Reformation came to Denmark. During this era, Christiern Pedersen translated the New Testament into Danish and Thomas Kingo composed hymns. Fine poetry was created in the early 17th century by Anders Arrebo (1587–1637). The challenges faced during Denmark's absolute monarchy in 1660 are chronicled in Jammersminde by Leonora Christina of the Blue Tower. Ludvig Holberg (1684–1754), influenced by the ideas of the Enlightenment and Humanism, is considered the founder of modern Danish and Norwegian literature. Neoclassical poetry, drama, and the essay flourished during the 18th century influenced by French and English trends. German influence is seen in the verse of the leading poets of the late 18th century such as Johannes Ewald and Jens Baggesen. Other 18th century writers include the hymn writer Hans Adolph Brorson and the satirical poet Johan Herman Wessel.

Baard Arne Owe, sometimes credited Bård Owe, was a Norwegian-born actor who has acted in many Scandinavian films and TV series. He moved to Denmark in 1956, and there he lived and worked right up to his death. 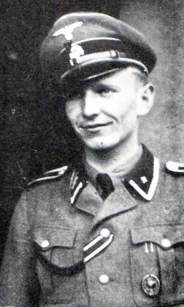 Søren Kam was a Danish junior officer in the Waffen-SS of Nazi Germany during World War II. He was wanted for murder in Denmark and listed by the Simon Wiesenthal Center as one of the most wanted Nazi war criminals.

Paw is a 1959 Danish film directed by Astrid Henning-Jensen.

The Churchill Club was a group of eight teenage schoolboys from Aalborg Cathedral School in the north of Jutland who performed acts of sabotage against the Germans during the occupation of Denmark in the Second World War.

Støv på hjernen is a 1961 Danish film directed by Poul Bang and starring Helle Virkner. It is a remake of the Norwegian film Støv på hjernen from 1959. 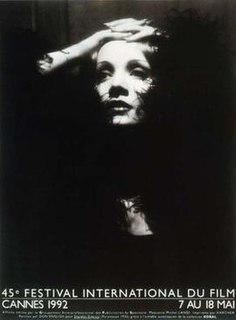 Zappa is a 1983 Danish coming of age drama film directed by Bille August. It was screened in the Un Certain Regard section at the 1983 Cannes Film Festival and was entered into the 13th Moscow International Film Festival. The film was also selected as the Danish entry for the Best Foreign Language Film at the 56th Academy Awards, but was not accepted as a nominee.

Tomas Villum Jensen is a Danish actor and film director. He has appeared in 29 films and television shows since 1991. He starred in The Boys from St. Petri, which was screened out of competition at the 1992 Cannes Film Festival.

Drengene fra Angora is a Danish television satirical comedy series. First airing in 2004, it has acquired cult status in its native Denmark. Among its more popular sketches are Team Easy On, Landmandssønnerne og far, and Spændende mennesker.

The Boys from St. Petri is a children's book written by Danish author Bjarne Reuter, published in English by Puffin Books in 1994. The novel was the 1995 recipient of the Mildred L. Batchelder Award, an award granted by the American Library Association for outstanding children's books originally published in a foreign language. The novel has been cited by multiple scholars in the field of education for its lessons on activism and the Danish resistance during World War II.

Morten Sasse Suurballe is a Danish actor, best known for playing Detective Chief Inspector Lennart Brix in the three television series The Killing in which he played alongside Sofie Gråbøl.

The Robert Award for Best Makeup is an award presented by the Danish Film Academy at the annual Robert Awards ceremony. It has been handed out since 1987, but had no honorees in 1988, 1989, and 1991.