The Canadian Encyclopedia (abbreviated as TCE) is a source of information on Canada published by Historica Canada of Toronto. Articles appear in English and French. It is available online, at no cost. The Canadian Encyclopedia includes 14,000 articles in each language on numerous subjects including history, popular culture, events, people, places, politics, arts, First Nations, sports and science.

The website also provides access to the Encyclopedia of Music in Canada, the Canadian Encyclopedia Junior Edition, Maclean's magazine articles, and Timelines of Canadian History.

Canada had been without a national encyclopedia since the 1957 edition of Encyclopedia Canadiana . When looking through the Canadian entries in existing encyclopedias such as Random House, Canadian nationalist and book publisher Mel Hurtig found blatant errors (e.g., Brian Mulroney was described as a Liberal, rather than Conservative, prime minister) and omissions. In response, in the 1980s he launched a project to create a wholly new Canadian encyclopedia with support from the Alberta Premier Peter Lougheed. [1] The Editor-in-Chief James Harley Marsh recruited more than 3,000 authors to write for it.

They made index cards for every fact in the encyclopedia, signed off by the researcher, utilized three sources, and had every article read by three outside readers. Then the entire encyclopedia was proofread by an independent source. [2] Over 3,000 people contributed to the content and accuracy of the encyclopedia's entries. [3]

Nationalencyklopedin, abbreviated NE, is a comprehensive contemporary Swedish-language encyclopedia, initiated by a favourable loan from the Government of Sweden of 17 million Swedish kronor in 1980, which was repaid by December 1990. The printed version consists of 20 volumes with 172,000 articles; the Internet version comprises 260,000 articles.

Ukrainian Canadians are Canadian citizens of Ukrainian descent or Ukrainian-born people who immigrated to Canada. In 2016, there were an estimated 1,359,655 persons of full or partial Ukrainian origin residing in Canada, making them Canada's eleventh largest ethnic group and giving Canada the world's third-largest Ukrainian population behind Ukraine itself and Russia. Self-identified Ukrainians are the plurality in several rural areas of Western Canada. According to the 2011 census, of the 1,251,170 who identified as Ukrainian, only 144,260 could speak either the modern Ukrainian language or the historic Canadian Ukrainian dialect.

The Routledge Encyclopedia of Philosophy is an encyclopedia of philosophy edited by Edward Craig that was first published by Routledge in 1998 (ISBN 978-0415073103). Originally published in both 10 volumes of print and as a CD-ROM, in 2002 it was made available online on a subscription basis. The online version is regularly updated with new articles and revisions to existing articles. It has 1,300 contributors providing over 2,000 scholarly articles. 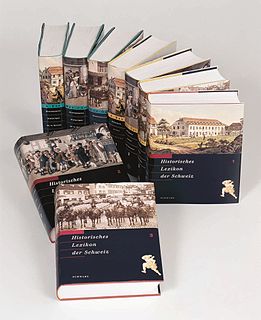 The Benezit Dictionary of Artists is an extensive publication of bibliographical information on painters, sculptors, designers and engravers created primarily for art museums, auction houses, historians and dealers. It was published by Éditions Gründ in Paris but has been sold to Oxford University Press.

Eric Patrick Nicol was a Canadian writer, best known as a longtime humour columnist for the Vancouver, British Columbia newspaper The Province. He also published over 40 books, both original works and compilations of his humour columns, and won the Stephen Leacock Memorial Medal for Humour three times. 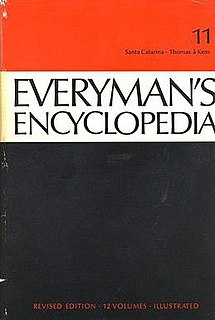 Lucille Lessard is a Canadian archer. Introduced to the sport of archery while in high school she won the 1972 Canadian Junior Championship in Field Archery. In 1973 she won the National Target Outdoor Junior Championship. She won her 1st National Outdoor Senior Championship in 1974 at just 17 and defended her title in 1975 and 1980. She gained the title of women's champion of World Field in 1974, and was champion of Americas in 1975. Field Archery means competitors face targets at various distances on varied terrain. Tat same year she was top female athlete in Quebec and she won the Elaine Tanner Award as Canada's Junior Athlete of the Year. She also won the Canadian Indoor National Championships in 1975 and 1976. After having been classified seventh with the championships of the world, in 1975, she was held with high hopes for the Canadian Olympic team for 1976 in Montreal but did not make the 1976 Canadian Olympic Team. In 1977 she was inducted into the Canadian Sport Hall of Fame. She made the Canadian archery Olympic team in 1980 but Canada boycotted the Moscow Games. 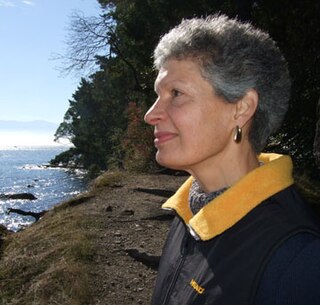 Joan Arden Charlat Murray, is a Canadian writer, independent curator and art historian. Her curatorial projects are wide-ranging and cover a wide spectrum of the visual arts in Canada: contemporary, modern, historical, regional, national and interdisciplinary: she has a special interest in Tom Thomson, the Group of Seven, abstraction and women artists. She is the author of many books, catalogues and articles as well as being a former Gallery curator and director, having worked at institutions such as the Art Gallery of Ontario (1968–1973), The Robert McLaughlin Gallery in Oshawa (1974–1999) and the McMichael Canadian Art Gallery in Kleinburg (2005–2006).