The Deer Hunt (Lov na jelene) is a Yugoslav film directed by Fadil Hadžić. It was released in 1972.

Fadil Hadžić was a Bosnian-Croatian film director, screenwriter, playwright and journalist, mainly known for his comedy films and plays. He was of Bosnian origin, but mainly lived and worked in Croatia, and was well known throughout Yugoslavia. 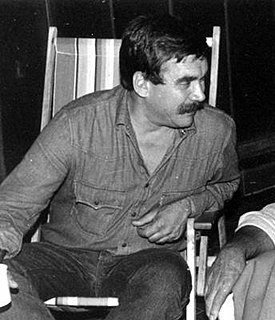 Boris Dvornik was a Croatian actor.

Zilha Bajraktarević, known professionally as Silvana Armenulić, was a Yugoslav singer-songwriter and actress from Bosnia and Herzegovina and one of the most prominent commercial folk music and traditional sevdalinka singers in Yugoslavia. She is called the "Queen of Sevdalinka". Her life was cut short when she died in a car crash at the age of 37, but she continues to be well regarded in the region and she is recognized for her unique singing style and voice. Armenulić's song "Šta će mi život", written by her friend and contemporary Toma Zdravković, is one of the best-selling singles from the former Yugoslavia. 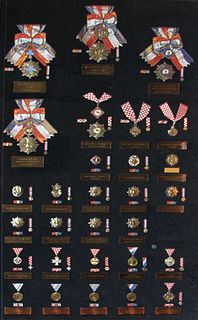 The system of honours of the Republic of Croatia was established after the independence of Croatia in 1991. There are eighteen main decorations conferred since 1995, in addition to several other medals and awards. 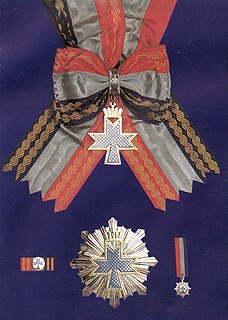 Bravo maestro is a 1978 Yugoslavian drama film directed by Rajko Grlić. It was entered into the 1978 Cannes Film Festival.

Occupation in 26 Pictures, also known as Occupation in 26 Tableaux, is a 1978 Yugoslavian war film directed by Lordan Zafranović. It was entered into the 1979 Cannes Film Festival. The film was selected as the Yugoslav entry for the Best Foreign Language Film at the 51st Academy Awards, but was not accepted as a nominee.

The Greatest Croatian was a poll conducted over five weeks in 2003 by the Croatian weekly Nacional.

Acting Hamlet in the Village of Mrduša Donja is a 1973 Yugoslav drama film directed by Krsto Papić, and based on Ivo Brešan's play of the same name.

Here is a 2003 Croatian film directed by Zrinko Ogresta.

The Croatian Christian Democratic Party is a political party in Croatia with the goal that Croatia will become a state with Christian ideals.

Ivaniš Berislavić was the Despot of the Kingdom of Serbia from 1504 to 1514. 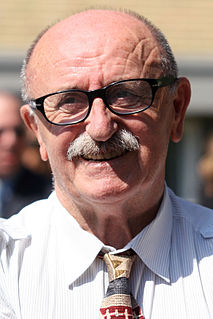 Ivan Vekić was a Croatian politician and lawyer. He was one of the founders of the Croatian Democratic Union and served as the Croatian Minister of Interior during the Croatian War of Independence.

A Central Committee of the League of Communists of Croatia was elected by the 11th Congress, and was in session from 1989 to 1990.