The Fixtape Vol. 4: Under The Influence

The Fixtape Vol.4: Under the Influence is a solo mixtape/album by Bone Thugs-n-Harmony member, Krayzie Bone and the fourth in the Fixtape series. 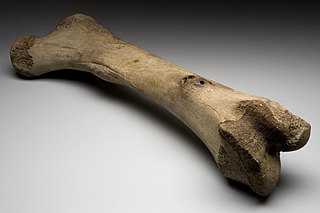 A bone is a rigid tissue that constitutes part of the vertebrate skeleton in animals. Bones protect the various organs of the body, produce red and white blood cells, store minerals, provide structure and support for the body, and enable mobility. Bones come in a variety of shapes and sizes and have a complex internal and external structure. They are lightweight yet strong and hard, and serve multiple functions. 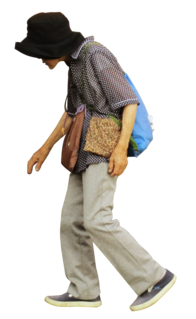 Osteoporosis is a systemic skeletal disorder characterized by low bone mass, micro-architectural deterioration of bone tissue leading to bone fragility, and consequent increase in fracture risk. It is the most common reason for a broken bone among the elderly. Bones that commonly break include the vertebrae in the spine, the bones of the forearm, and the hip. Until a broken bone occurs there are typically no symptoms. Bones may weaken to such a degree that a break may occur with minor stress or spontaneously. After the broken bone heals, the person may have chronic pain and a decreased ability to carry out normal activities. 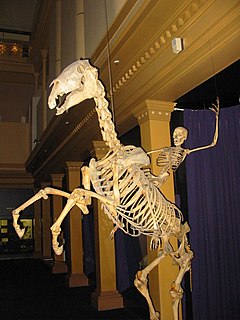 The skeleton refers to the frames of support of animal bodies. There are several different skeletal types: the exoskeleton, which is the stable outer shell of an organism, the endoskeleton, which forms the support structure inside the body, the hydroskeleton, a flexible skeleton supported by fluid pressure, and the cytoskeleton present in the cytoplasm of all cells, including bacteria, and archaea. The term comes from Greek σκελετός (skeletós) 'dried up'.

The human skeleton is the internal framework of the human body. It is composed of around 270 bones at birth – this total decreases to around 206 bones by adulthood after some bones get fused together. The bone mass in the skeleton reaches maximum density around age 21. The human skeleton can be divided into the axial skeleton and the appendicular skeleton. The axial skeleton is formed by the vertebral column, the rib cage, the skull and other associated bones. The appendicular skeleton, which is attached to the axial skeleton, is formed by the shoulder girdle, the pelvic girdle and the bones of the upper and lower limbs.

The skull is a bony structure that forms the head in vertebrates. It supports the structures of the face and provides a protective cavity for the brain. The skull is composed of two parts: the cranium and the mandible. In humans, these two parts are the neurocranium and the viscerocranium that includes the mandible as its largest bone. The skull forms the anterior-most portion of the skeleton and is a product of cephalisation—housing the brain, and several sensory structures such as the eyes, ears, nose, and mouth. In humans these sensory structures are part of the facial skeleton.

Skull and Bones, also known as The Order, Order 322 or The Brotherhood of Death is an undergraduate senior secret student society at Yale University in New Haven, Connecticut. The oldest senior class society at the university, Skull and Bones has become a cultural institution known for its powerful alumni and various conspiracy theories. It is one of the "Big Three" societies at Yale, the other two being Scroll and Key and Wolf's Head Society. 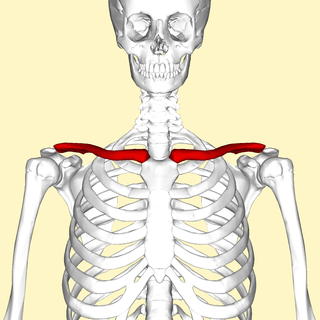 The clavicle, or collarbone, is a slender, S-shaped bone approximately 6 inches (15 cm) long bone that serves as a strut between the shoulder blade and the sternum (breastbone). There are two clavicles, one on the left and one on the right. The clavicle is the only long bone in the body that lies horizontally. Together with the shoulder blade, it makes up the shoulder girdle. It is a touchable bone, and in people who have less fat in this region, the location of the bone is clearly visible, as it creates a bulge in the skin. It receives its name from the Latin clavicula, because the bone rotates along its axis like a key when the shoulder is abducted. The clavicle is the most commonly fractured bone. It can easily be fractured due to impacts to the shoulder from the force of falling on outstretched arms or by a direct hit. 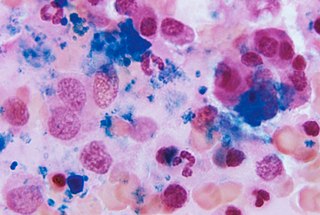 Bone marrow is a semi-solid tissue found within the spongy or cancellous portions of bones. In birds and mammals, bone marrow is the primary site of new blood cell production or haematopoiesis. It is composed of hematopoietic cells, marrow adipose tissue, and supportive stromal cells. In adult humans, bone marrow is primarily located in the ribs, vertebrae, sternum, and bones of the pelvis. Bone marrow comprises approximately 5% of total body mass in healthy adult humans, such that a man weighing 73 kg will have around 3.65 kg of bone marrow.

Bones is an American crime procedural comedy-drama television series created by Hart Hanson for Fox. It premiered on September 13, 2005, and concluded on March 28, 2017, airing for 246 episodes over twelve seasons. The show is based on forensic anthropology and forensic archaeology, with each episode focusing on an FBI case file concerning the mystery behind human remains brought by FBI Special Agent Seeley Booth to forensic anthropologist Dr. Temperance "Bones" Brennan. It also explores the personal lives of the characters. The rest of the main cast includes Michaela Conlin, T. J. Thyne, Eric Millegan, Jonathan Adams, Tamara Taylor, John Francis Daley, and John Boyd. 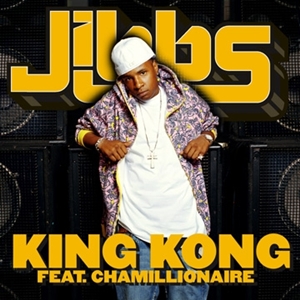 Stay Down may refer to:

Fixtape 2 is the second mixtape by Rehab, released in 2012. Appropriately titled for a group that met while in rehab for alcohol and drug addiction, and went on to adopt it for their name. The title refers to the fix their fans, those addicted to a drug called Rehab, get when listening to the music. It is a sequel to the band's 2010 mixtape Fixtape. It is also the last form of content released by the band/group before they disbanded two years later in 2014.

RBC Records is an American online independent record label and management company founded by partners Brian Shafton and Bob Grossi. It provides artists and independent labels with a full-service "virtual label" alternative to signing with a major label. RBC provides distribution, sales, marketing, online publicity, radio promotion, video promotion, product management, and creative services consulting to artists and management. The company announced in 2013 that it would start producing and distributing films under the name RBC Films.

Fixtape is the fourth studio album by Jamaican musician Popcaan. It was released on 7 August 2020 via OVO Sound and Warner Records. Production was handled by several record producers, including Boi-1da, London on da Track, Nineteen85, Noel Cadastre and Popcaan himself. It features guest appearances from Drake, Dane Ray, Frahcess One, French Montana, Jada Kingdom, Masicka, PartyNextDoor, Preme, Stylo G and Tommy Lee. The album peaked at number 15 on the Canadian Albums Chart and at number 94 on the Billboard 200. It was promoted by three singles: "Mamakita", "Buzz" and "Twist & Turn", the latter peaking at number 47 on the Canadian Hot 100 and at number 69 on the UK Official Singles Chart Top 100.