The Heroes is a 1989 British/Australian mini-series on Operation Jaywick, a World War II special forces raid on Japanese shipping in Singapore harbour by the Australian Z Special Unit, based on Ronald McKie's 1960 book The Heroes. [2]

When the Japanese invade Singapore, Captain Ivan Lyon formerly of the Gordon Highlanders and currently working for the SOE flees to Sumatra with civilian evacuees. On the way Lyon meets with Bill Reynolds, the captain of the battered old Japanese fishing boat the Kofuku Maru and they sail to Ceylon. Returning to Australia, Lyon wanting to come up with a way hit back at the Japanese who have captured his wife and son, concocts a plan to attack enemy shipping in Singapore harbour. Meanwhile, the newly formed Z Special Force conducts a special operation to test techniques that could be utilised against Japanese shipping. Led by Captain Sam Carey and Lieutenant Ted Carse the commandos paddle in canoes into Townsville harbour, planting explosives on the docked vessels. Lyon now with proof of the effectiveness of this method meets with Colonel Mott of the SRD to help promote his plan codenamed Operation Jaywick. Initially Lyon and Mott receive resistance from their superior officers but eventually are given the greenlight to launch the attack using the Kofuku Maru, now renamed the MV Krait. Lyon enlists Carse and two other officers, Donald Davidison and Bob Page to lead the mission. Along with the fishing boats crew, Lyon's batman, a cook and a radio operator, Davidson also selects five navy commandos to conduct the actual canoe operations. The Krait leaves Exmouth Gulf on its long journey to Singapore when it immediately broke down, after returning to Exmouth Gulf and a patch up repair Lyon's force eventually begins its long and hazardous journey.

With the commandos disguised as native fishermen, the Krait sails northwards towards Borneo. The trip is far from uneventful as the Krait struggles against strong tides in the Lombok Straight and Carse is sick. Reaching within striking distance Lyon leads the canoeists and they destroy many Japanese merchant vessels docked at Singapore before making their escape by canoe. After initially missing their rendezvous, Lyon's party are finally picked up by the Krait. On the journey back the men on the Krait must endure nerve-wracking run in with a Japanese destroyer, again in the Lombok Straight, before finally entering Exmouth Gulf to a heroic welcome.

The mini series was developed for Channel Ten by Glenn Darlington, writer and producer and principal of Menwood Television Pty Ltd. Darlington acquired the television rights to the book 'The Heroes' by Ronald McKie with his permission that the story remain an authentic account of events of the Operation Jaywick raid. Darlington developed the synopsis interviewing key survivors of Operation Jaywick. He sold the rights to Network Ten Australia and Television South of the UK. An early draft of the script included a fictitious love story included at the insistence of British investors but this was later cut. George Whaley was originally attached to direct but pulled out in order to do a proposed mini series of My Brother Jack . [3]

Filming was done at Homebush, Sydney, in and around Cairns, and at Mission Beach. The shoot took eleven weeks with two weeks rehearsal. [1]

The mini series was enormously successful in the UK and Australia. In the UK it was seen by over 15 million people and was the highest rating mini series on ITV at that time. It rated well in Australia despite the rival Channel Seven screening The Highest Honor (1982), which dealt with the same story, beforehand as a spoiler. Channel Seven funded the sequel, Heroes II: The Return , which dealt with Operation Rimau. [3]

Exmouth is a town on the tip of the North West Cape in Western Australia. The town is located 1,270 kilometres (789 mi) north of the state capital Perth and 3,366 kilometres (2,092 mi) southwest of Darwin.

Combined Operations Headquarters was a department of the British War Office set up during Second World War to harass the Germans on the European continent by means of raids carried out by use of combined naval and army forces. 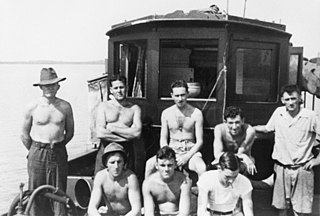 A limpet mine is a type of naval mine attached to a target by magnets. It is so named because of its superficial similarity to the limpet, a type of sea snail that clings tightly to rocks or other hard surfaces. 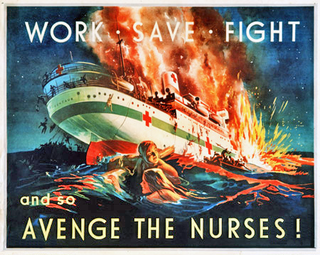 Although Australia was remote from the main battlefronts, there was considerable Axis naval activity in Australian waters during the Second World War. A total of 54 German and Japanese warships and submarines entered Australian waters between 1940 and 1945 and attacked ships, ports and other targets. Among the best-known attacks are the sinking of HMAS Sydney by a German raider in November 1941, the bombing of Darwin by Japanese naval aircraft in February 1942, and the Japanese midget submarine attack on Sydney Harbour in May 1942. In addition, many Allied merchant ships were damaged or sunk off the Australian coast by submarines and mines. Japanese submarines also shelled several Australian ports and submarine-based aircraft flew over several Australian capital cities.

Operation Rimau was an attack on Japanese shipping in Singapore Harbour, carried out by an Allied commando unit Z Special Unit, during World War II using Australian built Hoehn military MKIII folboats. It was a follow-up to the successful Operation Jaywick which had taken place in September 1943, and was again led by Lieutenant Colonel Ivan Lyon of the Gordon Highlanders, an infantry regiment of the British Army. 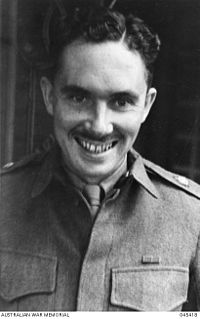 Lieutenant Colonel Ivan Lyon, was a British soldier and military intelligence agent during the Second World War. As a member of Z Special Unit Lyon took part in a number of commando operations against the Japanese and was killed during Operation Rimau while attempting to infiltrate Singapore harbour and destroy Japanese shipping there in 1944.

The MV Krait is a wooden-hulled vessel famous for its use during World War II by the Z Special Unit of Australia during the raid against Japanese ships anchored in Singapore Harbour. The raid was known as Operation Jaywick. 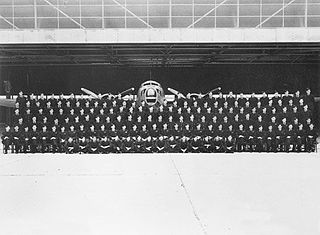 No. 14 Squadron was a Royal Australian Air Force maritime patrol squadron of World War II. It was formed in 1939 and was based in Western Australia throughout the war. While it conducted many patrols over the waters off Western Australia, it did not see combat. The squadron was disbanded in December 1945.

The "Double Tenth incident" or "Double Tenth massacre" occurred on 10 October 1943, during the Second World War Japanese occupation of Singapore. The Kenpeitai – Japanese military police – arrested and tortured fifty-seven civilians and civilian internees on suspicion of their involvement in a raid on Singapore Harbour that had been carried out by Anglo–Australian commandos from Operation Jaywick. Seven Japanese ships were sunk, but none of those arrested and tortured had participated in the raid, nor had any knowledge of it. Fifteen of them died in Singapore's Changi Prison.

A long-range penetration patrol, group, or force is a special operations unit capable of operating long distances behind enemy lines far away from direct contact with friendly forces as opposed to a Long Range Reconnaissance Patrol, a small group primarily engaged in scouting missions.

During March 1944, the Allies of World War II rapidly reinforced the military units located in the state of Western Australia to defend against the possibility that Japanese warships would attack the cities of Fremantle and Perth. This redeployment began on 8 March after concerns were raised about the purpose of Japanese warship movements near the Netherlands East Indies, and ended on 20 March, after it was concluded that an attack was unlikely.

The Z Experimental Station (ZES), Cairns was set up in July 1942, jointly by Secret Intelligence Australia and the Inter-Allied Services Department. The building chosen to be the headquarters was known as "Fairview", and it had been the home of Richard Ash Kingsford, the first mayor of Cairns and grandfather of aviator Sir Charles Kingsford Smith.

The Highest Honour is a 1982 Australian/Japanese co-production about Operation Jaywick and Operation Rimau by Z Special Unit during World War II.

Heroes II: the Return is a 1991 British/Australian mini-series about Operation Rimau during World War II.

MV Ondina was a 9,070 GRT oil tanker built in 1939 and owned by Royal Dutch Shell; initially operated by the La Corona shipping company. In November 1942, during the Second World War, it was attacked in the Indian Ocean by two Japanese commerce raiders, one of which was sunk possibly by a shell fired by the Ondina. After the war it continued operating until decommissioned and broken up in 1959.