The Idiot (Japanese: 白痴, Hepburn: Hakuchi) is a 1951 Japanese film directed and written by Akira Kurosawa. It is based on the 1869 novel The Idiot by Fyodor Dostoevsky. [3] The original 265-minute version of the film, faithful to the novel, has been lost for many years. A nearly three-hour release, reflecting a 100-minute studio-imposed cut, survives as the most complete version of the film available for contemporary audiences.

The film stars Setsuko Hara who plays the part of Taeko Nasu, the beautiful mistress of Tohata. The characters are involved in a weblike plot of intersecting relationships.

Part One: Love and Agony

The action starts on a ship traveling from Okinawa. Kameda, who suffers from "epileptic dementia" (which he refers to as "idiocy"), is heading to Hokkaido.

The movie explains that "Dostoyevsky wanted to portray a genuinely good man. It may seem ironic, choosing a young idiot as his hero, but in this world, goodness and idiocy are often equated. The story tells of the destruction of a pure soul by a faithless world."

Kameda has been confined to a mental asylum since he suffered a mental breakdown after he was mistaken for a war criminal and almost executed by a firing squad following World War II. During his journey, he meets and becomes friends with Denkichi Akama, who "hadn't laughed for years. He was the son of an old Sapporo family, and his father's harsh discipline had made him feel like a caged animal. Oddly, he came to like Kameda, who made him laugh heartily. Akama told him (Kameda) about Taeko Nasu, whom he'd met six months earlier. One look at her had been enough to release his pent-up passions." Akama is returning home to Hokkaido for the first time since he stole money from his father to buy a diamond ring for Taeko. Taeko was the beautiful mistress of a rich man named Tohata since she was a child, but she ran away six months earlier, at the same time as when Akama had bought her the ring. Akama's father has since died, and he is on his way to claim a large inheritance. Akama and Kameda are both on the same train to Sapporo. Kameda is on his way to see Mr. Ono, "his only relative in the world".

Mr. Ono's wife asks her husband what he is going to do about Kameda. He tells her that he will try to find Kameda work and that Kameda can rent a room from Kayama, a man who is to marry Taeko in exchange for Y600,000. Kameda's father had left Kameda a large ranch, which Ono had sold through Kayama.

Kameda is unaware of his inheritance, which Ono's daughter, Ayako, later teases him about.

Tohata, in an attempt to sever his ties with Taeko and avoid public disgrace for his long-term abusive treatment of her, which has twisted her psyche and made her a social pariah, offers a dowry of Y600,000 to Kayama if he will marry Taeko, a deal which was brokered by Mr. Ono. Kayama secretly loves Ono's daughter Ayako. When Akama finds out about the dowry offer, he offers Kayama Y1,000,000 not to marry her in a threatening confrontation. Kameda and Taeko meet, and he is immediately drawn to and wants to help her with the sadness he sees in her, while she is drawn to the kindness she sees in him, which gives her the strength to run away from all of these men treating her like chattel. Kameda and Akama both follow Taeko, while Kayama, who is really attracted to Ono's daughter Ayako, does not.

Kameda tells Akama he should not marry Taeko as it would mean the ruin for both Taeko and Akama. Akama tells Kameda she really loves Kameda and Akama gives her to him.

Taeko seems to love Kameda, but she thinks it would ruin his life to marry someone with her reputation, so she considers marrying Akama and writes to Ayako encouraging her to marry Kameda, since he is known to have written her a complimentary letter. Kameda proposes to Ayako. Ayako vacillates violently between expressing love and hate for Kameda and cannot understand what Taeko's true motives are, since they have never met. Ayako arranges for them to talk at Akama's house, and Taeko realizes that she has been putting Ayako on a pedestal and is no less worthy of Kameda's love than Ayako is. Ayako leaves, Kameda follows her to make sure she gets home safely, and Taeko faints, thinking Kameda has chosen Ayako over her.

When Kameda returns to Akama's house, he discovers that Akama, who is insanely jealous of the feelings he knows Taeko has for Kameda and not for him, but has been unable to make himself dislike Kameda when they see each other in person, has killed Taeko. He does not want her corpse to start to smell, so the two men do not light a fire and spend the night huddled around candles and bundled under blankets before they both, seemingly, die the next morning. Upon hearing this news, Ayako remarks that she is the idiot for not having been able to love without hatred, like Kameda did.

The film is in black and white at an aspect ratio of 1.37:1. This was Kurosawa's second film for the Shochiku studio, after Scandal (1950).

It was originally intended to be a two-part film with a running time of 265 minutes. [1] After a single, poorly received, screening of the full-length version, the film was severely cut at the request of the studio. This was against Kurosawa's wishes. When the re-edited version was also deemed too long by the studio, Kurosawa sardonically suggested the film be cut lengthwise instead. [4] According to Japanese film scholar Donald Richie, there are no existing prints of the original 265-minute version. Kurosawa would return to Shochiku later to make Rhapsody in August (1991), and, according to Alex Cox, is said to have searched the Shochiku archives for the original cut of the film to no avail.

The Idiot was the first feature film to depict the Sapporo Snow Festival, an annual event in Sapporo, Hokkaido that began in 1950. In the movie, Kameda and Ayako visit the festival and see its large snow sculptures. [5]

"Of all my films, people wrote to me most about this one... ...I had wanted to make The Idiot long before Rashomon . Since I was little I've liked Russian literature, but I find that I like Dostoevsky the best and had long thought that this book would make a wonderful film. He is still my favourite author, and he is the one — I still think — who writes most honestly about human existence."

Rotten Tomatoes reports 70% approval for The Idiot among ten critics, with an average rating of 6.9/10. [7]

Masaki Kobayashi was a Japanese film director and screenwriter, best known for the epic trilogy The Human Condition (1959–1961), the samurai films Harakiri (1962) and Samurai Rebellion (1967), and the horror anthology Kwaidan (1964). Senses of Cinema described him as "one of the finest depicters of Japanese society in the 1950s and 1960s."

Ran is a 1985 epic historical drama film directed, edited and co-written by Akira Kurosawa. The plot derives from William Shakespeare's King Lear and includes segments based on legends of the daimyō Mōri Motonari. The film stars Tatsuya Nakadai as Hidetora Ichimonji, an aging Sengoku-period warlord who decides to abdicate as ruler in favor of his three sons.

Kenji Mizoguchi was a Japanese film director and screenwriter, who directed about one hundred films during his career between 1923 and 1956. His most acclaimed works include The Story of the Last Chrysanthemums (1939), The Life of Oharu (1952), Ugetsu (1953), and Sansho the Bailiff (1954), with the latter three all being awarded at the Venice International Film Festival. A recurring theme of his films was the oppression of women in historical and contemporary Japan. Together with Akira Kurosawa and Yasujirō Ozu, Mizoguchi is seen as a representative of the "golden age" of Japanese cinema. 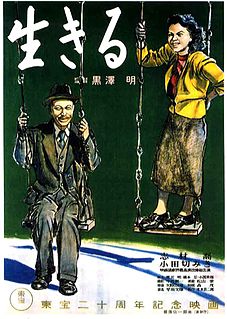 Ikiru is a 1952 Japanese drama film directed and co-written by Akira Kurosawa. The film examines the struggles of a terminally ill Tokyo bureaucrat and his final quest for meaning. The screenplay was partly inspired by Leo Tolstoy's 1886 novella The Death of Ivan Ilyich.

Yūzō Kayama is a Japanese popular musician, singer-songwriter and actor. 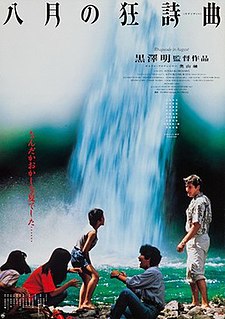 Akama may refer to:

Minoru Chiaki was a Japanese actor who appeared in eleven of Akira Kurosawa's films, including Rashomon, Seven Samurai, Throne of Blood, and The Hidden Fortress. He was also one of Kon Ichikawa's favorite actors. 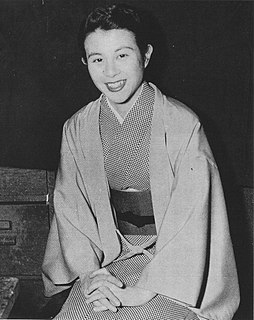 The End of Summer is a 1961 Japanese film directed by Yasujirō Ozu for Toho Films. It was entered into the 12th Berlin International Film Festival. The film was his penultimate; only An Autumn Afternoon (1962) followed it, which he made for Shochiku Films. 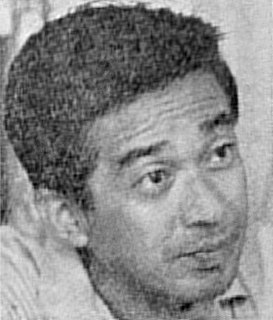 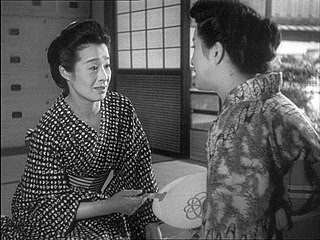 Chieko Naniwa was a Japanese actress who was active from the 1920s to the 1970s. She is best known for playing geisha in several films, such as Keiji Mizoguchi's A Geisha, and the Forest Spirit in Akira Kurosawa's Throne of Blood. Her birth name was Kikuno Nanko. 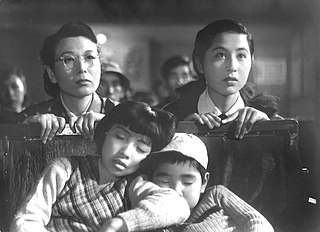 Wikimedia Commons has media related to The Idiot (film) .
This page is based on this Wikipedia article
Text is available under the CC BY-SA 4.0 license; additional terms may apply.
Images, videos and audio are available under their respective licenses.