In a run-down Edo tenement, an elderly man and his bitter wife rent out rooms and beds to the poor. The tenants are gamblers, prostitutes, petty thieves and drunk layabouts, all struggling to survive. The landlady’s younger sister who helps the landlords with maintenance, brings in an old man and rents him a bed. Kahei, who dresses as a Buddhist pilgrim, quickly assumes the role of a mediator and grandfatherly figure, though there is an air of mystery about him, and some of the tenants suspect his past is not unblemished.

Sutekichi, thief and self-appointed tenement leader, is having an affair with Osugi the landlady, though he is gradually shifting his attention to her sweet-tempered sister. Okayo thinks little of him, however, which frustrates Sutekichi and sours his relationship with Osugi. Jealous and vengeful, Osugi seeks to persuade Sutekichi to murder her husband so she can turn him over to the authorities. Sutekichi sees through her plot and refuses to take any part in the murder. The husband discovers the affair, gets into a fight with Sutekichi, and is saved only through Kahei’s intervention.

Slowly, Okayo begins to see the good in Sutekichi and warms to his advances. Rokubei and Osugi beat Okayo, prompting the tenants to break into their house to save her. Sutekichi is enraged to learn how Okayo was treated and, in the ensuing chaos, accidentally kills Rokubei, and is then blamed by Osugi for her husband's death. Rather than defend himself, the enraged Sutekichi claims that she had goaded him into doing it. Okayo now believes that they have used her to provide an excuse for the killing. She will now have nothing to do with Sutekichi. Kahei, whose testimony could potentially have cleared him, runs away to avoid having to testify, adding substance to the suspicions that he had something to hide. Sutekichi and Osugi are arrested.

Other subplots, some of a comic nature, involve the occupants of the tenement: a nihilistic gambler who rejects the pilgrim's hopeful entreaties to the other denizens; an aging actor who has lost his ability to memorize lines; a craftsman who appears indifferent to the impending death of his ailing wife, yet becomes a broken man when she finally dies; a destitute who claims to be descended from a samurai family, only to have this claim refuted; and a group of partying drunks who seem to rejoice in the face of misfortune.

Kurosawa assembled his cast from among the top performers in Japanese cinema, dress-rehearsing them on-set for 60 days and shooting extended takes with multiple cameras to create a theatrical effect. Although the set was purposefully filthy, Kurosawa walked on it only in his indoor shoes, to the surprise of cast and crew; he explained that dirty though it was, it was still "home" to his characters. [3] [4]

The film explores the Nietzschean theme that Buddhism (and religiousness in general) verges on nihilism [5] by presenting two archetypal characters, the pilgrim and the gambler, who share a contentment that contrasts with the self-conscious existentialism of the other characters. The pilgrim’s grace derives from believing that nothing on Earth matters because rewards are found in the afterlife; the gambler also believes nothing matters, but rather because he rejects religion and morality, seeking pleasure from life rather than purpose. Because both belief systems reject earthly matters and result in contentment, philosophers sometimes link Buddhism with nihilism; [6] in Kurosawa’s plot arc, the nihilistic gambler succeeds in outlasting the pilgrim, whose promises are unfulfilled and result in a character’s suicide, which the gambler mocks. This fatalistic tone contrasts with Kurosawa’s more humanistic approach in other films, and is regarded as a reason for the film's mixed response upon its release in Japan. In addition, such overt representation of downtrodden, hopeless characters (albeit from a different era) was rare in early post-occupation Japan's popular media, which attempted to downplay allusions to an underclass struggling with societal changes wrought by the war and its aftermath. [7]

The Lower Depths received a roadshow theatrical release on September 17, 1957 by Toho. It received general release in Japan on 1 October 1957. [1]

The film was released by Brandon Films with English subtitles in the United States on 9 February 1962. [1]

Isuzu Yamada won Kinema Junpo's award for Best Actress of the Year (for this film, Downtown, and Throne of Blood ).

In 2009 the film was voted at No. 36 on the list of The Greatest Japanese Films of All Time by Japanese film magazine Kinema Junpo. [8]

The Lower Depths has an 83% rating on Rotten Tomatoes, based on six critics' opinions. [9] 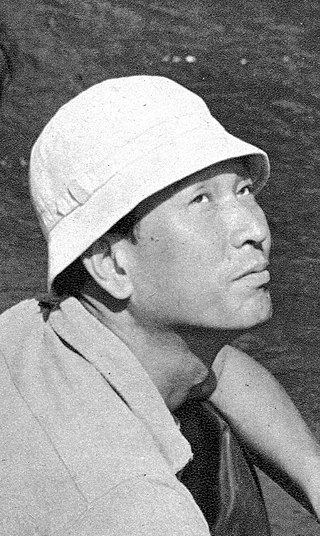 Akira Kurosawa was a Japanese filmmaker and painter who directed thirty films in a career spanning over five decades. He is widely regarded as one of the most important and influential filmmakers in the history of cinema. Kurosawa displayed a bold, dynamic style, strongly influenced by Western cinema yet distinct from it; he was involved with all aspects of film production. 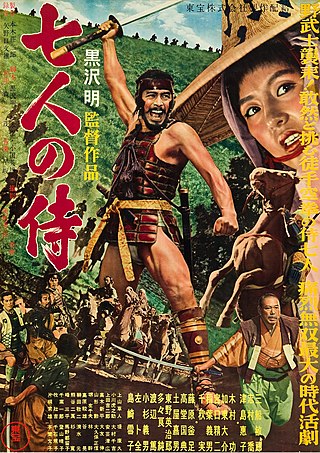 Seven Samurai is a 1954 Japanese epic samurai drama film co-written, edited, and directed by Akira Kurosawa. The story takes place in 1586 during the Sengoku period of Japanese history. It follows the story of a village of desperate farmers who hire seven rōnin to combat bandits who will return after the harvest to steal their crops. 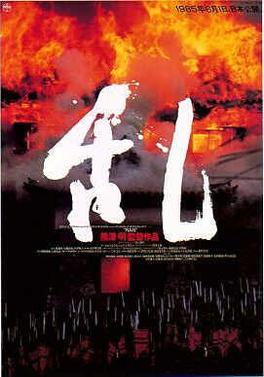 Ran is a 1985 epic historical drama film directed, edited and co-written by Akira Kurosawa. The plot derives from William Shakespeare's King Lear and includes segments based on legends of the daimyō Mōri Motonari. The film stars Tatsuya Nakadai as Hidetora Ichimonji, an aging Sengoku-period warlord who decides to abdicate as ruler in favor of his three sons. 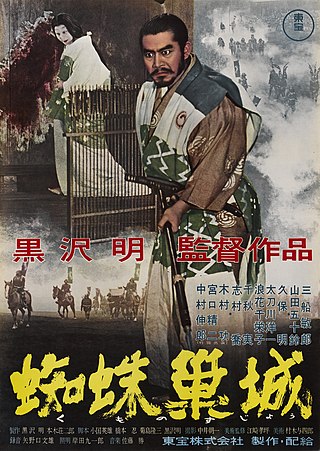 Throne of Blood is a 1957 Japanese jidaigeki film co-written, produced, edited, and directed by Akira Kurosawa, with special effects by Eiji Tsuburaya. The film transposes the plot of William Shakespeare's play Macbeth from Medieval Scotland to feudal Japan, with stylistic elements drawn from Noh drama. The film stars Toshiro Mifune and Isuzu Yamada in the lead roles, modelled on the characters Macbeth and Lady Macbeth. 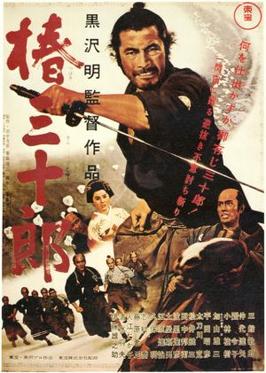 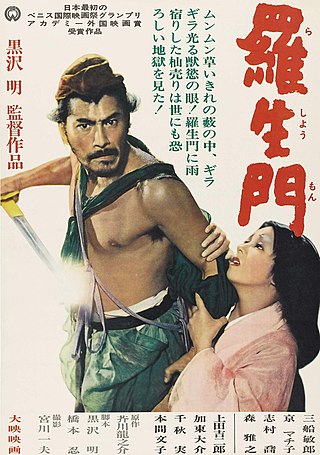 Rashomon is a 1950 Jidaigeki psychological thriller/crime film directed and written by Akira Kurosawa, working in close collaboration with cinematographer Kazuo Miyagawa. Starring Toshiro Mifune, Machiko Kyō, Masayuki Mori, and Takashi Shimura as various people who describe how a samurai was murdered in a forest, the plot and characters are based upon Ryunosuke Akutagawa’s short story "In a Grove", with the title and framing story being based on "Rashōmon", another short story by Akutagawa. Every element is largely identical, from the murdered samurai speaking through a Shinto psychic to the bandit in the forest, the monk, the assault of the wife and the dishonest retelling of the events in which everyone shows his or her ideal self by lying. 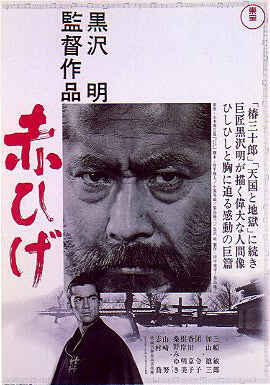 The Hidden Fortress is a 1958 Japanese jidaigeki adventure film directed by Akira Kurosawa. It tells the story of two peasants who agree to escort a man and a woman across enemy lines in return for gold without knowing that he is a general and the woman is a princess. The film stars Toshiro Mifune as General Makabe Rokurōta and Misa Uehara as Princess Yuki while the role of the peasants, Tahei and Matashichi, are portrayed by Minoru Chiaki and Kamatari Fujiwara respectively. 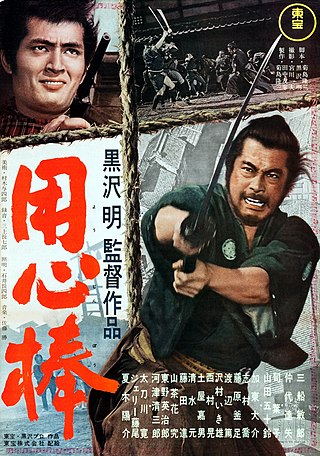 Yojimbo is a 1961 Japanese samurai film co-written, produced, edited, and directed by Akira Kurosawa. The film stars Toshiro Mifune, Tatsuya Nakadai, Yoko Tsukasa, Isuzu Yamada, Daisuke Katō, Takashi Shimura, Kamatari Fujiwara, and Atsushi Watanabe. In the film, a rōnin arrives in a small town where competing crime lords vie for supremacy. The two bosses each try to hire the newcomer as a bodyguard.

Ikiru is a 1952 Japanese drama film directed and co-written by Akira Kurosawa. The film examines the struggles of a terminally ill Tokyo bureaucrat and his final quest for meaning. The screenplay was partly inspired by Leo Tolstoy's 1886 novella The Death of Ivan Ilyich. 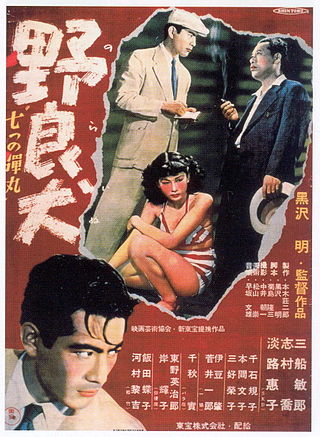 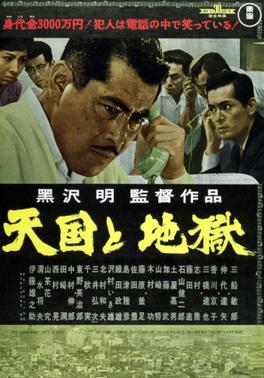 High and Low is a 1963 Japanese police procedural crime film directed by Akira Kurosawa, starring Toshiro Mifune, Tatsuya Nakadai and Kyōko Kagawa. The film is loosely based on the 1959 novel King's Ransom by Ed McBain. 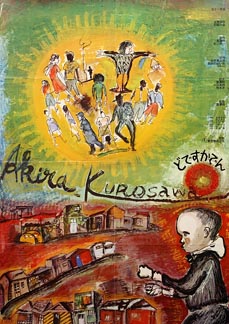 Dodes'ka-den is a 1970 Japanese drama film directed by Akira Kurosawa. The film stars Yoshitaka Zushi, Kin Sugai, Toshiyuki Tonomura, and Shinsuke Minami. It is based on Shūgorō Yamamoto's 1962 novel A City Without Seasons and is about a group of homeless people living in poverty on the outskirts of Tokyo. 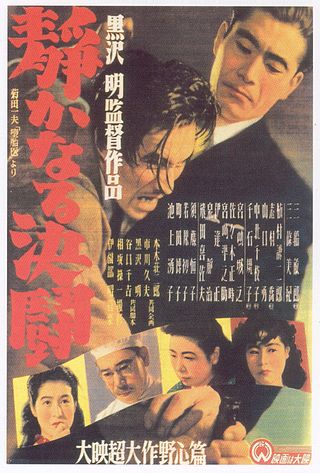 The Quiet Duel is a 1949 Japanese film directed by Akira Kurosawa. 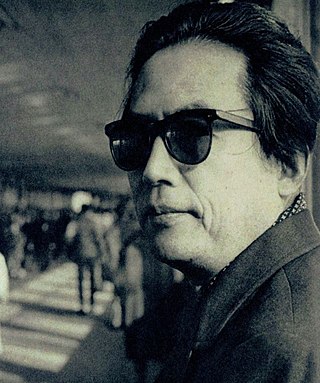 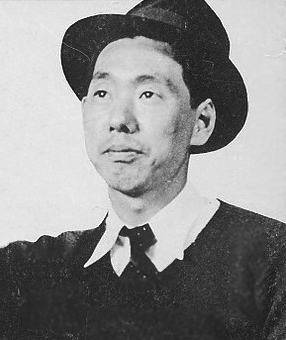 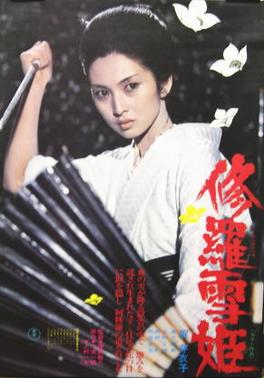 Lady Snowblood is a 1973 Japanese film directed by Toshiya Fujita and starring Meiko Kaji. Based on the manga series of the same name by Kazuo Koike and Kazuo Kamimura, the film recounts the tale of Yuki (Kaji), a woman who seeks vengeance upon three of the people who raped her mother and killed her father and brother. The film's narrative is told out of chronological order, jumping between present and past events. Alongside Kaji, the film's cast includes Toshio Kurosawa, Masaaki Daimonm, Miyoko Akaza, and Kō Nishimura. 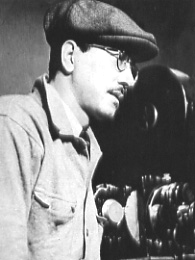