The Murderer is Afraid at Night

The Murderer is Afraid at Night (French: L'assassin a peur la nuit) is a 1942 French crime drama film directed by Jean Delannoy and starring Mireille Balin, Jean Chevrier and Louise Carletti. A film noir [1] it was shot at the Victorine Studios in Nice in Vichy-controlled France. The film's sets were designed by the art director Georges Wakhévitch. It may have also acted as an allegory for Occupied France to look forward to a future when it is free after its Liberation. [2]

In the South of France Olivier a professional burglar is on the run after a job goes wrong. He takes shelter in the countryside after befriending a quarry worker and has a romantic encounter with his sister Monique. However his former lover the vampish Monique, who he has robbed to support her materialistic demands, tracks him down and threatens to shoot him. He ultimately surrenders to the police in the knowledge that once he has served a spell in prison he can look forward to a future with Monique in which he is truly free.

Pépé le Moko is a 1937 French film directed by Julien Duvivier starring Jean Gabin, based on a novel of the same name by Henri La Barthe and with sets by Jacques Krauss. An example of the 1930s French movement known as poetic realism, it recounts the trapping of a gangster on the run in Algiers, who believes that he is safe from arrest in the Casbah. 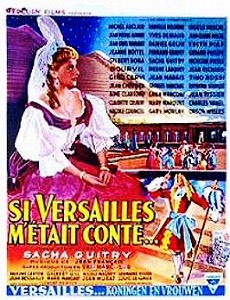 Jean-Claude Petit is a French composer and arranger, born in Vaires-sur-Marne. After accompanying jazzmen in his childhood, Petit went to the Conservatoire de Paris, where he studied harmony and counterpoint. He did the string arrangements for Mink DeVille's Le Chat Bleu album, as well as orchestrating the backing parts to some French pop singles in the mid-to-late 1960s, including those of Erick Saint-Laurent and yé-yé girls Christine Pilzer and Monique Thubert.

The Babes Make the Law is a 1955 French comedy film directed by Raoul André and starring Claudine Dupuis, Dominique Wilms, Louise Carletti and Michèle Philippe. It was shot at the Billancourt Studios in Paris. The film's sets were designed by the art director Louis Le Barbenchon. It was followed by sequel The Babes in the Secret Service in 1956.

Mireille Césarine Balin was a French-Italian actress. Considered one of the finest actresses of French cinema in the 1930s, she was discredited by her fraternization with the Nazis. During Nazi occupation of France, she became romantically involved with an officer of the Wehrmacht and at the end of war she was imprisoned in Fresnes until January 1945. She retired from film in 1947. 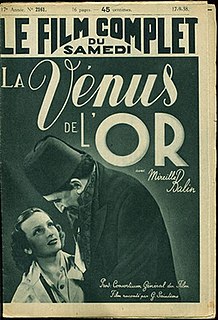 Girls of Paris is a 1936 French film directed by Claude Vermorel and starring Michel Simon, Mireille Balin and Paul Azaïs.

She Does Not Drink, Smoke or Flirt But... She Talks is a French comedy film directed by Michel Audiard released in 1970. 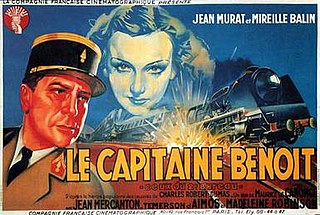 Denise Benoît was a French actress and singer, active across a wide range of genres on the stage, radio and television. Other members of her family were musicians.

Louise Carletti was a French film actress. She was married to the director Raoul André.

The Black Diamond is a 1941 French drama film directed by Jean Delannoy and starring Charles Vanel, Louise Carletti and Gaby Morlay. It is a remake of the 1922 silent film of the same title. 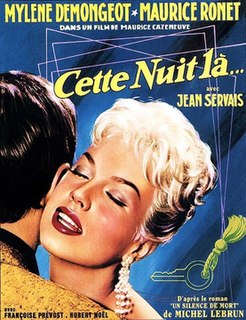 That Night is a 1958 French crime drama film directed by Maurice Cazeneuve and starring Mylène Demongeot, Maurice Ronet and Jean Servais. It is an adaptation of the 1957 novel Un silence de mort by Michel Lebrun. 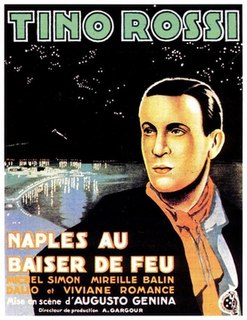 The Kiss of Fire is a 1937 French romantic comedy film directed by Augusto Genina and starring Tino Rossi, Michel Simon, Mireille Balin and Viviane Romance. The film is based on the 1924 novel Naples au baiser de feu by Auguste Bailly. It had previously been made as a 1925 silent film and was later adapted again for a remake Napoli terra d'amore in 1954. 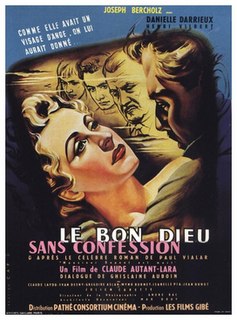 Good Lord Without Confession is a 1953 French drama film directed by Claude Autant-Lara and starring Danielle Darrieux, Henri Vilbert and Claude Laydu. It was shot at the Francoeur Studios in Paris. The film's sets were designed by the art director Max Douy. The film premiered at the Venice Film Festival in September 1953 and went on general release in France the following month. Henri Vilbert won the Volpi Cup for Best Actor for his performance.