Since 1993 The Musical Quarterly has been edited by Leon Botstein, president of Bard College and principal conductor of the American Symphony Orchestra. Originally published by G. Schirmer, Inc., it is published by Oxford University Press.

Modern Age is an American conservative academic quarterly journal, founded in 1957 by Russell Kirk in close collaboration with Henry Regnery. Originally published independently in Chicago, in 1976 ownership was transferred to the Intercollegiate Studies Institute.

The Musical Times is an academic journal of classical music edited and produced in the United Kingdom and currently the oldest such journal still being published in the country.

Tempo is a quarterly peer-reviewed academic journal that specialises in music of the 20th century and contemporary music. It was established in 1939 as the 'house magazine' of the music publisher Boosey & Hawkes. Tempo was the brain-child of Arnold Schoenberg's pupil Erwin Stein, who worked for Boosey & Hawkes as a music editor. 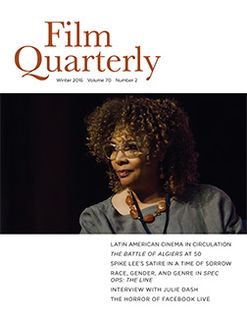 Film Quarterly, a journal devoted to the study of film, television, and visual media, is published by University of California Press. It publishes scholarly analyses of international and Hollywood cinema as well as independent film, including documentary and animation. The journal also revisits film classics; examines television and digital and online media; reports from international film festivals; reviews recent academic publications; and on occasion addresses installations, video games and emergent technologies. It welcomes established scholars as well as emergent voices that bring new perspectives to bear on visual representation as rooted in issues of diversity, race, lived experience, gender, sexuality, and transnational histories. Film Quarterly brings timely critical and intersectional approaches to criticism and analyses of visual culture.

Sing Out! was a quarterly journal of folk music and folk songs that was published from May 1950 through spring 2014. It was originally based in New York City, with a national circulation of approximately 10,000 by 1960. 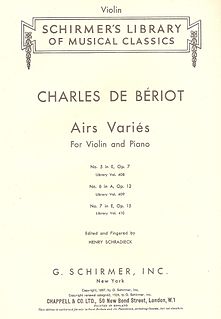 G. Schirmer, Inc. is an American classical music publishing company based in New York City, founded in 1861. The oldest active music publisher in the United States, Schirmer publishes sheet music for sale and rental, and represents some well-known European music publishers in North America, such as the Music Sales Affiliates ChesterNovello, Breitkopf & Härtel, Sikorski and many Russian and former Soviet composers' catalogs.

Musical Opinion, often abbreviated to MO, is a European classical music journal edited and produced in the UK. It is currently among the oldest such journals to be still publishing in the UK, having been continuously in publication since 1877.

Johann Christian Gottlieb Graupner was a musician, composer, conductor, educator and publisher. Born in Hanover, Germany, he played oboe in Joseph Haydn's orchestra in London. After moving to the United States in the 1790s, he co-founded the Philharmonic Society and the Handel and Haydn Society in Boston, Massachusetts.

The Music Trades is a 131-year-old American trade magazine that covers a broad spectrum of music and music commerce, domestically and abroad. Founded in New York City in 1890, it has been based in Englewood, New Jersey, since the mid-1970s. The Music Trades is one of the oldest continuously published trade publications in the world. The September 2022 issue — Vol. 170, No. 8 — is about the three thousand one hundred and thirteenth issue. A controlling ownership over the last 93 years — seventy-one percent of the publication's total age — has been held by three generations of the Majeski family, making it among the few current publications of any ilk that has been closely held by a single family for as long a period.

Hans Gram (1754-1804) was a Danish composer and musician who emigrated to the United States in the early 1780s. In Boston, Massachusetts, he served as organist of the Brattle Street Church, and as a music teacher. He lived in Charlestown; and in Boston on Belknap's Lane and Common Street. His music "was performed at the funeral of John Hancock." He died in Boston in 1804. In 1810 a "Hans Gram Musical Society" formed in Fryeburg, Maine.