The Pauper Millionaire is a 1922 British silent comedy film directed by Frank Hall Crane and starring C. M. Hallard, Katherine Blair, and John H. Roberts. [1] It was based on a novel by Austin Fryers.

As described in a film magazine, [2] American millionaire John Pye Smith (Hallard) secretly sails for England with the intention of investigating the young woman his son Harry (Roberts) insists on marrying, concerned she may be a gold digger. An accident deprives him of his valet, without whose trained aid he is singularly helpless. In London, while waiting for a train, his beard is shaved off. A porter refuses to give him his suitcase, not recognizing him as its bearded owner. He goes on without it and then discovers that it contained his passport, money, and bankbook. After his trunk is stolen, no one believes his story of misfortune, and he is stranded in London. After undergoing several hardships, he tries to get work and accepts charity from drunken old Sally (Emery) and gets a job washing windows. He falls from a ladder and, injured, is taken to a hospital. There matters mend when his nurse turns out to be Hilda Martin (Blair), the young woman his son intends to wed. She has a cable from his Harry to the effect that he and his mother (Whalley) are sailing to England. His troubles at an end, John Pye Smith accepts Hilda as his future daughter-in-law.

Dr. Jekyll and Mr. Hyde is a 1941 American horror film starring Spencer Tracy, Ingrid Bergman, and Lana Turner. The production also features Donald Crisp, Ian Hunter, Barton MacLane, C. Aubrey Smith, and Sara Allgood. Its storyline is based on the 1886 Gothic novella Strange Case of Dr Jekyll and Mr Hyde written by Scottish author Robert Louis Stevenson. There have been many filmed adaptations of the novella. This movie was a remake of the Oscar-winning 1931 version starring Fredric March. 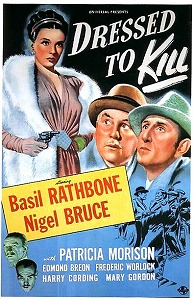 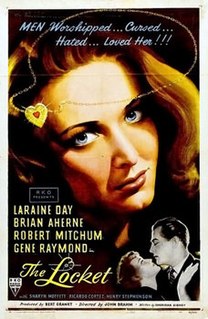 The Locket is a 1946 American psychological thriller with noirish undertones directed by John Brahm, starring Laraine Day, Brian Aherne, Robert Mitchum, and Gene Raymond, and released by RKO Pictures. The film is based on a screenplay by Sheridan Gibney, adapted from "What Nancy Wanted" by Norma Barzman, wife of later-blacklisted writer Ben Barzman. It is noted for its complex and confusing use of layered flashbacks within flashbacks) to give psychological depth to the narrative.

Silver Wings is a 1922 American drama film directed by Edwin Carewe and John Ford. Ford directed only the prologue of the film. Silver Wings is now considered to be a lost film.

The Millionaire Paupers is a 1915 American silent drama film directed by Joe De Grasse, written by Ida May Park and featuring Lon Chaney and Grace Thompson. The film's working title was Fate's a Fiddler. Actress Olive Carey was advertised in an early promo piece, but apparently did not appear in the finished film. Only a fragment of the film survives in a private collection, having been discovered in the early 1990s.

This Freedom is a 1923 British silent drama film directed by Denison Clift and starring Fay Compton, Clive Brook, and John Stuart. It was based on the novel This Freedom by A.S.M. Hutchinson.

Making a Man is a 1922 American silent drama film produced by Adolph Zukor and Jesse L. Lasky, distributed by Paramount Pictures, and directed by Joseph Henabery. Starring Jack Holt, the film is based on the Peter B. Kyne story "Humanizing Mr. Winsby".

The Woman in His House is a 1920 American silent drama film produced by Louis B. Mayer, directed by John M. Stahl, and starring Mildred Harris. 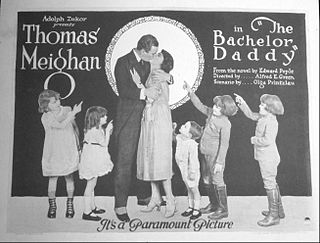 After His Own Heart is a 1919 American silent comedy-drama film based on a 1919 short story of the same name by Ben Ames Williams. It was adapted for the screen by Albert Shelby Le Vino and directed by Harry L. Franklin. The film stars Hale Hamilton and Naomi Childers and was distributed by Metro Pictures Corp., a forerunner of Metro-Goldwyn-Mayer. A copy of the film is archived at the Cinémathèque Française under the title Une Cure Merveilleuse. 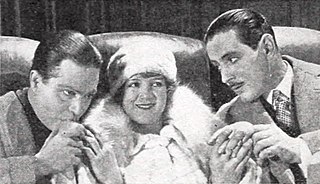 The Average Woman is a 1924 American silent melodrama film directed by Christy Cabanne and starring Pauline Garon, David Powell, and Harrison Ford. It was released on March 1, 1924. 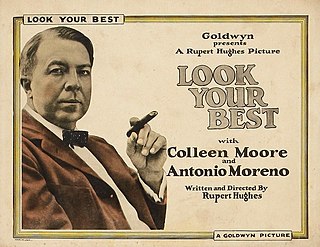 Look Your Best or The Bitterness of Sweets is a 1923 American comedy silent black and white film directed and written by Rupert Hughes. It stars Antonio Moreno and Colleen Moore. 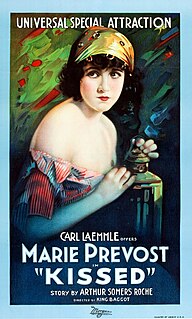