The Allmusic review by Marc Gilman awarded the album 4 stars, stating, "The mastery and vision of the enduring Marc Ribot shine through on this release... it is an excellent album". [1]

The Miami New Times' Michael Roberts noted "Postizos doesn't so much reproduce Rodriguez's music as it reimagines it from a decidedly avant-garde perspective". [3]

On The A.V. Club Joshua Klein wrote "The record is about as authentic as any of Ribot's other stylistic excursions, but it's far more straight-faced and therefore decidedly respectable". [4]

Variety's Phil Gallo said "Atlantic stands to do well with the disc as Cuban styles, particularly the son, are being embraced on these shores. “Cubanos Postizos,” which translates to "Prosthetic Cubans", is more homage than reproduction, embraceable for listeners regardless of which side of the Latin-American fence they’re coming from. More so than his other albums, the disc is accessible from start to finish". [5]

Son montuno is a subgenre of son cubano developed by Arsenio Rodríguez in the 1940s. Although son montuno had previously referred to the sones played in the mountains of eastern Cuba, Arsenio repurposed the term to denote a highly sophisticated approach to the genre in which the montuno section contained complex horn arrangements. He also incorporated piano solos and often subverted the structure of songs by starting with the montuno in a cyclic fashion. For his approach, Arsenio had to expand the existing septeto ensemble into the conjunto format which became the norm in the 1940s alongside big bands. Arsenio's developments eventually served as the template for the development of genres such as salsa, songo and timba. 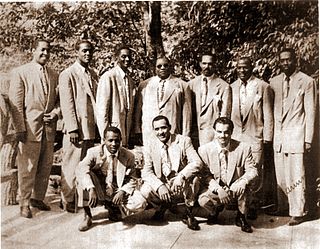 Arsenio Rodríguez was a Cuban musician, composer and bandleader. He played the tres, as well as the tumbadora, and he specialized in son, rumba and other Afro-Cuban music styles. In the 1940s and 1950s Rodríguez established the conjunto format and contributed to the development the son montuno, the basic template of modern-day salsa. He claimed to be the true creator of the mambo and was an important as well as a prolific composer who wrote nearly two hundred songs.

Rubén González Fontanills was a Cuban pianist. Together with Lilí Martínez and Peruchín he is said to have "forged the style of modern Cuban piano playing in the 1940s".

Eszter Balint is a Hungarian singer, songwriter, violinist, and actress.

Alfredo Rodríguez was a Cuban pianist who played Afro-Cuban music as well as Latin jazz. Born in Havana, his musical career began in New York, where he struggled to establish himself, playing with dozens of Latin music groups over two decades. In 1983, he moved to Paris, where he enjoyed greater success, recording several albums as a leader to critical acclaim. In his later years, he founded a new group, los Acerekó, featuring Tata Güines, Changuito and Joel Hierrezuelo among others.

Filmworks XIV: Hiding and Seeking features a score for film by John Zorn. The album was released on Zorn's own label, Tzadik Records, in 2003 and contains music that Zorn wrote and recorded for, Hiding and Seeking (2003), a documentary directed by Menachem Daum and Oren Rudavsky.

Party Intellectuals is the debut album by jazz fusion trio Marc Ribot's Ceramic Dog. It was produced by Joel Hamilton and released June 24, 2008 on Pi Recordings. 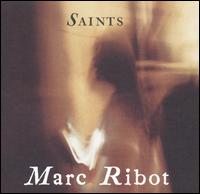 Saints is a 2001 album of solo guitar recorded by Marc Ribot. It features several interpretations of compositions by Albert Ayler, as well as traditional spirituals, jazz standards, showtunes, and a song by The Beatles.

Scelsi Morning is a 2003 album by Marc Ribot released on Tzadik Records. 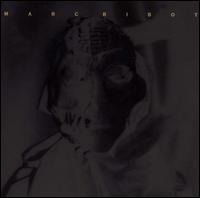 Soundtracks Volume 2 is a 2003 album of film music by Marc Ribot released on Tzadik Records. 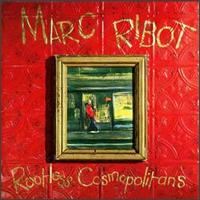 Requiem for What's His Name is the second album by Marc Ribot & The Rootless Cosmopolitans which was released by the Belgian label Les Disques du Crepuscule in 1992. 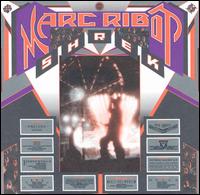 Shrek is a 1994 album by Marc Ribot recorded and released by the Japanese Avant label in 1994. 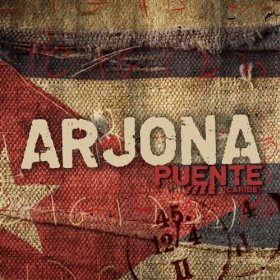 "Puente" is a latin pop song by Guatemalan recording artist Ricardo Arjona, released on August 9, 2010 as the lead single from his twelfth studio album, Poquita Ropa (2010). The song was written by Arjona, who produced it with longtime collaborators Dan Warner and Lee Levin under their stage name Los Gringos. Two versions of the song were made, one of them being a mixture of salsa, merengue along with Cuban music influences; and the other an acoustic version made with piano and percussion.

Roberto Juan Rodríguez (Havana) is a Cuban-American jazz musician who is known for fusion of Latin music and Jewish Klezmer elements. Although not Jewish his father's Latin band regularly played at Jewish theatre, weddings and bar mitzvahs in Miami, giving the young percussionist an interest in Jewish music. In the 1980s he moved to New York, recording with Marc Ribot, as the drummer for Ribot's Los Cubanos Postizos, and John Zorn. 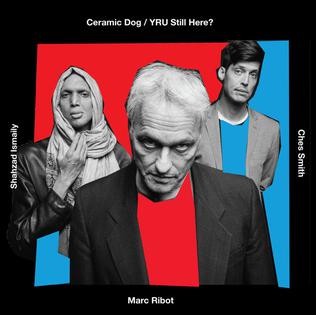 YRU Still Here? is a studio album by American guitarist Marc Ribot's Ceramic Dog which was released in April 2018 on Northern Spy Records. 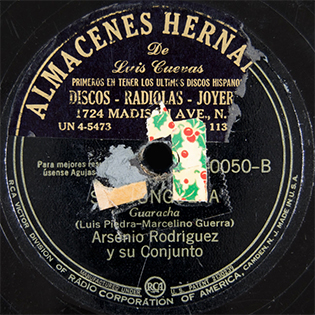 "Sandunguera" is a bolero written by Marcelino Guerra and Luis Piedra for Arsenio Rodríguez in 1943. Arsenio's version, however, was arranged as an uptempo guaracha and released as the B-side of Pablo Cairo's "Sin tu querer" by RCA Victor. The song has since been covered by multiple artists, including Marcelino Guerra himself, and has been called a "classic track" and an important recording in the development of Arsenio's career.