The Story of Civilization

The Story of Civilization (1935–1975), by husband and wife Will and Ariel Durant, is an 11-volume set of books covering Western history for the general reader.

The series was written over a span of four decades.

The first six volumes of The Story of Civilization are credited to Will Durant alone, with Ariel recognized only in the acknowledgements. Beginning with The Age of Reason Begins, Ariel is credited as a co-author. In the preface to the first volume, Durant states his intention to make the series in 5 volumes, although this would not turn out to be the case.

The series won a Pulitzer Prize for General Nonfiction in 1968 with the 10th volume in the series, Rousseau and Revolution.

The volumes sold well for many years, and sets of them were frequently offered by book clubs. An unabridged audiobook production of all eleven volumes was produced by the Books on Tape company and was read by Alexander Adams (aka Grover Gardner).

This volume covers Near Eastern history until the fall of the Achaemenid Empire in the 330s BC, and the history of India, China, and Japan up to the 1930s.

This volume covers Ancient Greece and the Hellenistic Near East down to the Roman conquest.

Michael Ginsberg was favorably disposed. [5] As was Edmund C. Richards. [6] Reviews over Time and Boston Evening Transcript were very positive. [7] [8]

The volume covers the history of Rome and of Christianity until the time of Constantine the Great.

J.W. Swain noted the book was written for a popular audience rather than scholars. And, it was successful at that. [9] John Day published a negative review. [10] As did Ralph Bates for The New Republic. [11] A review over the Time was positive. [12]

This volume covers the Middle Ages in both Europe and the Near East, from the time of Constantine I to that of Dante Alighieri.

Sidney R. Packard, professor emeritus of history at Smith College, found the work to be quite good. [13] Norman V. Hope had a similar impression. [14] L.H. Carlson, for the Chicago Tribune, compared it to Jacob Burckhardt's works. [15]

This volume covers the history of Italy from c.1300 to the mid 16th century, focusing on the Italian Renaissance.

This volume covers the history of Europe outside of Italy from around 1300 to 1564, focusing on the Protestant Reformation.

Geoffrey Bruun published a positive review for The New York Times. [17] Garrett Mattingly, for The Saturday Review, lambasted the volume but went on to say that Durant was widely-read and a capable storyteller. [18]

This volume covers the history of Europe and the Near East from 1559 to 1648.

D. W. Brogan had a highly favorable impression. [19] A review over the Time was positive. [20]

This volume covers the period of Louis XIV of France in Europe and the Near East.

This volume covers the period of the Age of Enlightenment, as exemplified by Voltaire, focusing on the period between 1715 and 1756 in France, Britain, and Germany.

This volume centers on Jean-Jacques Rousseau and his times. It received the Pulitzer Prize for General Nonfiction in 1968. [24]

This volume centers on Napoleon I of France and his times.

John H. Plumb was scathing. [28] Joseph I. Shulim took a similar view. [29] Alfred J. Bingham had a mixed yet favorable opinion. [30] A review over The Saturday Review was very positive. [31]

One volume, Rousseau and Revolution, won the Pulitzer Prize for General Non-Fiction in 1968. All eleven volumes were Book-of-the-Month Club selections and best-sellers with total sales of more than two million copies in nine languages. [33]

William James Durant was an American writer, historian, and philosopher. He became best known for his work The Story of Civilization, 11 volumes written in collaboration with his wife, Ariel Durant, and published between 1935 and 1975. He was earlier noted for The Story of Philosophy (1926), described as "a groundbreaking work that helped to popularize philosophy".

Ariel Durant was a Russian-born American researcher and writer. She was the coauthor of The Story of Civilization with her husband, Will Durant. They were awarded the Pulitzer Prize for General Non-Fiction.

Blanche Wiesen Cook is a historian and professor of history. She is a recipient of the Bill Whitehead Award. 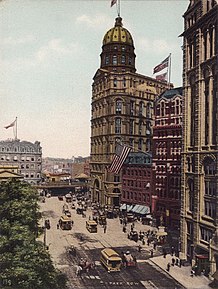 Ved Parkash Mehta was an Indian-born writer who lived and worked mainly in the United States. Blind from an early age, Mehta is best known for an autobiography published in instalments from 1972 to 2004. He wrote for The New Yorker for many years.

Adam Haslett is an American fiction writer and journalist. His debut short story collection, You Are Not a Stranger Here, and his second novel, Imagine Me Gone, were both finalists for both the Pulitzer Prize and the National Book Award. He has been awarded fellowships from the Guggenheim Foundation, the American Academy of Arts and Letters, and the American Academy in Berlin. In 2017, he won the Los Angeles Times Book Prize.

The following are the Pulitzer Prizes for 1968.

Elizabeth Strout is an American novelist and author. She is widely known for her works in literary fiction and her descriptive characterization. Born and raised in Portland, Maine, her experiences in her youth served as inspiration for her novels–the fictional "Shirley Falls, Maine" is the setting of four of her seven novels.

Margaret Antoinette Clapp was an American scholar, educator and Pulitzer Prize winner. She was the president of Wellesley College from 1949-1966.

The Making of the Atomic Bomb is a contemporary history book written by the American journalist and historian Richard Rhodes, first published by Simon & Schuster in 1987. It won the Pulitzer Prize for General Non-Fiction, the National Book Award for Nonfiction, and a National Book Critics Circle Award. The narrative covers people and events from early 20th century discoveries leading to the science of nuclear fission, through the Manhattan Project and the atomic bombings of Hiroshima and Nagasaki.

Joanna Scott is an American novelist, short story writer, and essayist. Her award-winning fiction is known for its wide-ranging subject matter and its incorporation of historical figures into imagined narratives.

The Jack H. Skirball Center for the Performing Arts, generally known as NYU Skirball, is an 850-seat theater at 566 LaGuardia Place in Manhattan, New York, owned by New York University. It was named after philanthropist Jack H. Skirball. The theatre was completed in October 2003 and cost approximately $40 million. The architect was Kevin Roche, John Dinkeloo and Associates. The institution typically presents two seasons of curated public performances, talks, and events per year. 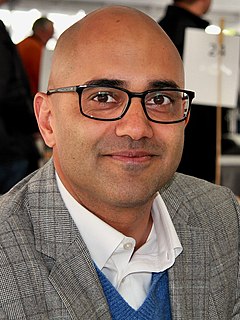 Ayad Akhtar is an American playwright, novelist, and screenwriter of Pakistani heritage who received the 2013 Pulitzer Prize for Drama. His work has received two Tony Award nominations for Best Play and an Award in Literature from the American Academy of Arts and Letters. Akhtar's writing covers various themes including the American-Muslim experience, religion and economics, immigration, and identity. In 2015, The Economist wrote that Akhtar's tales of assimilation "are as essential today as the work of Saul Bellow, James Farrell, and Vladimir Nabokov were in the 20th century in capturing the drama of the immigrant experience."

Matt Apuzzo is an American journalist. He is a two-time Pulitzer Prize winner for The New York Times. 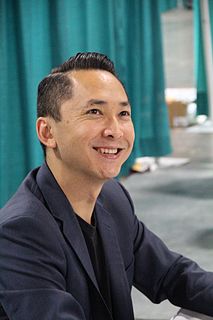 Viet Thanh Nguyen is a Vietnamese-American novelist. He is the Aerol Arnold Chair of English and Professor of English and American Studies and Ethnicity at the University of Southern California. Nguyen's debut novel, The Sympathizer, won the 2016 Pulitzer Prize for Fiction among other accolades, including the Dayton Literary Peace Prize, the Center for Fiction First Novel Prize, the Carnegie Medal for Excellence in Fiction from the American Library Association, the Edgar Award for Best First Novel from an American Author from the Mystery Writers of America, and the Asian/Pacific American Award for Literature in Fiction from the Asian/Pacific American Librarians Association. He was awarded a MacArthur Foundation Fellowship and a Guggenheim Fellowship in 2017. He is also a Fellow of the American Academy of Arts and Sciences. Nguyen is also a regular contributor, op-ed columnist for The New York Times, covering immigration, refugees, politics, culture and South East Asia.

Max Lincoln Schuster was an American book publisher and the co-founder of the publishing company Simon & Schuster. Schuster was instrumental in the creation of Pocket Books, and the mass paperback industry, along with Richard L. Simon, Robert F. DeGraff and Leon Shimkin. Schuster published many famous works of history and philosophy including the Story of Civilization series of books by Will Durant and Ariel Durant. 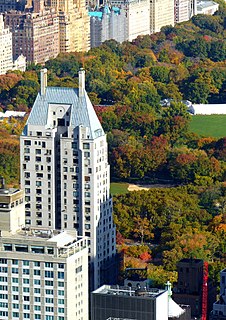 Hampshire House is an apartment building and hotel located at 150 Central Park South in Manhattan, New York City, on the southern edge of Central Park between Sixth and Seventh Avenues. It contains 155 apartments on 36 floors. 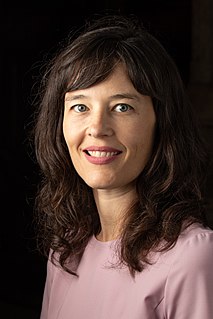 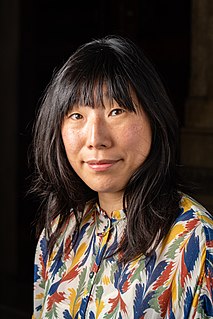 Katie Benner is an American reporter for the New York Times covering the Justice Department.

Richard M. Watt was an American historian and writer.