The Tour (Kiss and Mötley Crüe)

The Tour was a co-headlining summer tour between American hard rock and heavy metal bands Kiss and Mötley Crüe. The tour, described as "Elvis on steroids" by Paul Stanley, was announced on March 20 [1] and started on July 20, 2012 in Bristow, Virginia. [2] At first, 40 dates were announced while the August 5 concert at AT&T Center and the August 1 concert at KFC Yum! Center were subsequently added. "The Tour" was listed by the Rolling Stone as one of "The Ten Hottest Summer Package Tours of 2012". [3] The Treatment was the opening act for all shows.

In the tour program for Kiss' final tour, Singer reflected on the tour:

Chemistry is a unique thing. Bands are like soup: Sometimes when you change the ingredients, even though it's still chicken soup, you put a little more chicken stock or vegetable it changes the flavor. To me, I think the flavor of Kiss has a pretty good taste to it. We have the unique ingredients to it like some of the old tried-and-true original sound but we also have some zestiness and spice that Tommy and I provide with the ability to basically play any songs that are required. I think the fact that Tommy and I have a history of being weaned on Kiss is something we bring to the table that helps the band retain some of its vintage sound. We try to keep the essence and the vibe of the original songs in there but there's still a little bit of an extra twist that we give it. We give it a little bit more horsepower. [4] 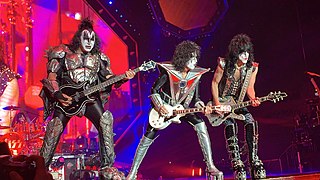 Kiss is an American rock band formed in New York City in January 1973 by Paul Stanley, Gene Simmons, Ace Frehley, and Peter Criss. Well known for its members' face paint and stage outfits, the group rose to prominence in the mid–late 1970s with its shocking live performances, which featured fire breathing, blood-spitting, smoking guitars, shooting rockets, levitating drum kits, and pyrotechnics. The band has gone through several lineup changes, with Stanley and Simmons being the only members to feature in every lineup. The original and best-known lineup consists of Stanley, Simmons, Frehley, and Criss. 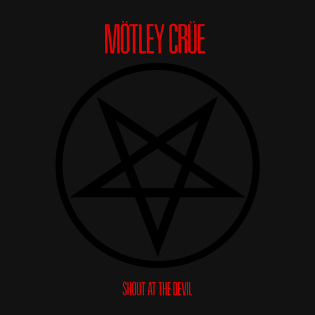 Bowling for Soup is an American rock band originally formed in Wichita Falls, Texas, in 1994. The band consists of Jaret Reddick, Chris Burney, Gary Wiseman, and Rob Felicetti. The band is best known for its singles "Girl All the Bad Guys Want", "1985", "Almost" and "High School Never Ends". The band is also known for performing the introduction to the Disney Channel TV show Phineas and Ferb and the vocal theme for Sonic Unleashed.

Skid Row is an American rock band, formed in 1986 in Toms River, New Jersey. Their current lineup comprises bassist Rachel Bolan, guitarists Dave Sabo and Scotti Hill, drummer Rob Hammersmith and vocalist ZP Theart. The group achieved commercial success in the late 1980s and early 1990s, with its first two albums Skid Row (1989) and Slave to the Grind (1991) certified multi-platinum, the latter of which reached number one on the Billboard 200. Those two albums also produced some of Skid Row's most popular hits, both in and outside of the United States, such as "Youth Gone Wild", "18 and Life", "I Remember You", "Monkey Business", "Slave to the Grind", "Wasted Time" and "In a Darkened Room". The band's third album Subhuman Race (1995) was also critically acclaimed, but failed to repeat the success of its predecessors. During this period, the band consisted of Bolan, Sabo, Hill, drummer Rob Affuso and frontman Sebastian Bach. The band had sold 20 million albums worldwide by the end of 1996. 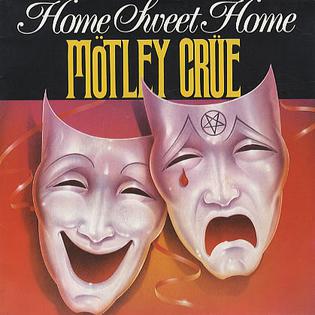 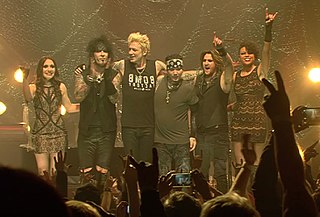 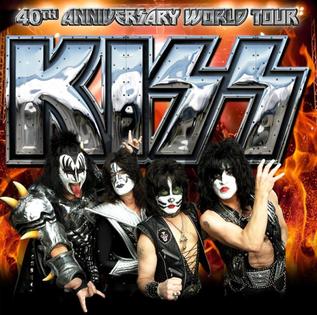 The Kiss 40th Anniversary World Tour was a concert tour by American rock band Kiss. Def Leppard joined Kiss for the first 42 shows of the tour. Kobra and the Lotus and The Dead Daisies were the opening acts.

The Stadium Tour is an upcoming co-headlining tour by English rock band Def Leppard and American rock band Mötley Crüe. Poison and Joan Jett & the Blackhearts are special guests on the tour. The tour was announced on December 4, 2019. This will be Mötley Crüe's first major tour since 2015. Tuk Smith and The Restless Hearts had been added as an additional opening act on January 10, 2020.