The Voice of Poland (season 9)

Michał Szpak remained as coach this season, but Tomson & Baron, Maria Sadowska and Andrzej Piaseczny resigned from the function of coaches, and their place was taken by: Patrycja Markowska who previously acted as a coach in the second edition.

Last season's winning coach Michał Szpak is the only returning coach this season. Tomson and Baron, Maria Sadowska and Andrzej Piaseczny resigned from the coaches' functions, and their places were taken over by: Patrycja Markowska, who previously acted as a trainer in the second season of the program. On the other hand, Grzegorz Hyży and Piotr Cugowski debuted in the role of jurors. The hosts remained unchanged: Tomasz Kammel, Maciej Musiał, Krzysztof "Jankes" Jankowski and Barabara Kurdej-Szatan. 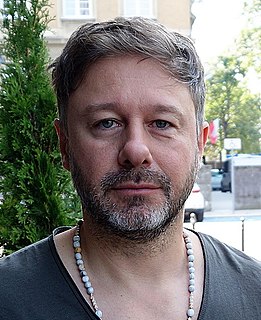 The Best Polish Songs... Ever! is a compilation released by EMI in late 2007. Generally, it has been released for Poles who live abroad and for Polish music fans.

The Best Polish Love Songs... Ever!- is a compilation released by EMI in early 2009. It hypothetically contains the best polish love songs of all the time. 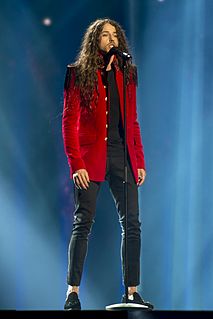 The Voice of Poland began airing 3 September 2011 on TVP 2. Based on the reality singing competition The Voice of Holland, the series was created by Dutch television producer John de Mol. It is part of an international series. The series was won by Damian Ukeje, he was coached by judge Nergal.

X Factor is a Polish television music competition to find new singing talent and part of a British franchise The X Factor. The third series began on 23 February 2013 and ended on 26 May 2013. All three judges known from the previous series including Czesław Mozil, Tatiana Okupnik and Kuba Wojewódzki returned. On 21 November 2012 it was announced that Jarosław Kuźniar would not be back to present the series due to personal reasons and his commitments to TVN24. On 13 December 2012, Patricia Kazadi was confirmed as the new presenter. It was reported that Marcin Prokop, Szymon Majewski and Agnieszka Szulim had also been in running for the role.

Universal Music Polska Sp. z o.o., is a Polish subsidiary of Universal Music Group, it was founded in 1998 in Warsaw. Labels CEO is Maciej Kutak after Jan Kubicki's departure. 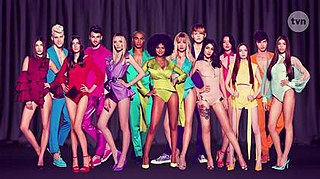 Top Model, cycle 7 is the seventh cycle of an ongoing reality television series based on Tyra Banks' America's Next Top Model that pits contestants from Poland against each other in a variety of competitions to determine who will win the title of the next Polish Top Model.