Laura Huguette Smet is a French actress. She is the daughter of rock musician Johnny Hallyday and actress Nathalie Baye. In 1986, Johnny Hallyday recorded in her honor the song "Laura", written by Jean-Jacques Goldman.

Les Visiteurs du Soir is a 1942 film by French film director Marcel Carné. The film was released on 5 December 1942 in Paris during the Nazi occupation.

Once Upon a Time in the East is a 1974 Canadian drama film directed by André Brassard. It was entered into the 1974 Cannes Film Festival. 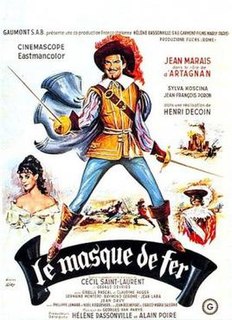 The Late Blossom is a 1977 Canadian drama film directed by André Brassard and written by his long-time collaborator, playwright Michel Tremblay. It was entered into the 10th Moscow International Film Festival.

The Dismantling, also released in the United States under the title The Auction, is a 2013 Canadian drama film written and directed by Sébastien Pilote. It was screened in the Contemporary World Cinema section at the 2013 Toronto International Film Festival.

Marie-Cessette Dumas (1714–1786) was an enslaved woman in the French colony of Saint Domingue. She was the mother of General Thomas-Alexandre Dumas, the grandmother of novelist Alexandre Dumas, and the great-grandmother of playwright Alexandre Dumas, fils, and has been called a "great matriarch to a saga of distinguished men". She was an enslaved woman of African descent enslaved by the Marquis Alexandre Antoine Davy de La Pailleterie. They lived at a plantation called La Guinaudée near Jérémie of the French colony of Saint-Domingue, until Antoine's departure in 1775. 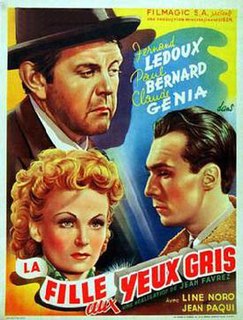 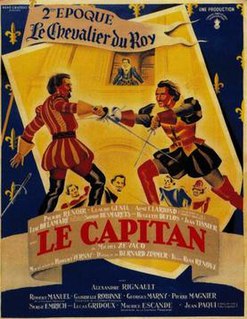 The Captain is a 1946 French historical adventure film directed by Robert Vernay and starring Pierre Renoir, Claude Génia, and Jean Pâqui. It was based on a novel by Michel Zévaco. The film's sets were designed by René Renoux. It is a swashbuckler set in the reign of Louis XIII.

Le Songe d'une nuit d'été is a French TV film from 1969. It is based on A Midsummer Night's Dream by William Shakespeare, and was directed by Jean-Christophe Averty.

Fric-Frac is a 1939 French comedy film directed by Maurice Lehmann and Claude Autant-Lara, starring Fernandel, Arletty and Michel Simon. It tells the story of Marcel, an assistant to a jeweller, who befriends a couple of criminals who want to use him as an accomplice to rob his boss. The film is based on a 1936 play by Édouard Bourdet. Filming took place in March and April 1939 at the Laboratoires et Studios Eclair in Épinay-sur-Seine. The film was released in France on 15 June 1939. 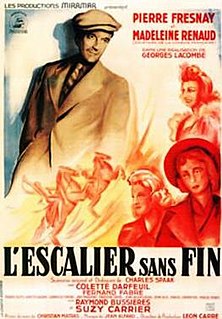 Father Goriot is a 1945 French historical drama film directed by Robert Vernay and starring Pierre Renoir, Claude Génia and Lise Delamare. It is an adaptation of the 1835 novel of the same title by Honoré de Balzac. It was shot in 1944 but not released until the following year. The film was shot at the Cité Elgé in Paris. The film's sets were designed by the art director René Renoux.