Theo Jörgensmann belongs to the second generation of European free jazz musicians. He was part of the clarinet renaissance in the jazz and improvising music scene. Jörgensmann is one of a few clarinet players for whom unaccompanied solo recordings are a significant part of his work. [1]

He started to play clarinet when he was 18 years old. From 1969 until 1972 Jörgensmann took private lessons from a music teacher at the Folkwang Hochschule in Essen. At the same time he started working with fellow musicians from the Ruhr industrial area. During this time he was also a chemical laboratory assistant. After a one and half year hitch in the German Army Jörgensmann worked with handicapped children and studied social pedagogics, but he never brought it to a conclusion. Since 1975 he has been a professional musician.

From 1975 to 1977 he led the group Clarinet Contrast, consisting only of clarinets, with Perry Robinson, Hans Kumpf, Bernd Konrad and Michel Pilz. At the end of the 1970s he was leader of one of West Germany's best-known jazz groups. At the beginning of the 1980s he took part in a Clarinet Summit (which was created by Joachim E. Berendt and himself) with John Carter, Perry Robinson, Gianluigi Trovesi and others. Since those days Jörgensmann has been involved in numerous international projects. In 1985 Jörgensmann toured Europe with bassist Barre Phillips and reed player Paul McCandless. He was a member of Willem van Manen's Contraband (1985–1998), Andrea Centazzo's Mitteleuropa Orchestra (1983–1985), John Fischer's Interface (1981–1996) and Franz Koglmann's Pipetet (1983–1985). At the same time he was also leader of Klarinettenquartett Cl-4 and co-founder of large ensemble Grubenklangorchester. In 1987 Jörgensmann was the subject of a documentary film, Theo Jörgensmann, Bottrop, Klarinette, directed by Christoph Hübner. [2]

Between 1983 and 1993 he held a lectureship for clarinet and ensemble at University of Duisburg, and from 1993 until 1997 he was a lecturer for free improvising at Music Therapeutics Institute of Witten/Herdecke University. In company with the music-scientist Rolf-Dieter Weyer, Jörgensmann wrote a philosophical book about improvising in music.

In 1997 he started the Theo Jörgensmann Quartet, which toured in North America in 1999, 2001, and 2003, including playing twice at Montreal International Jazz Festival (1999 and 2003). In addition he has played with the Polish twins Marcin Oles and Bartlomiej Oles since 2003. The album Oleś Jörgensmann Oleś, Directions, was chosen by [Polish internet jazz magazine Diapazon as Record of the Year in 2005.

Since 2008 he is a member of Trio Hot with Albrecht Maurer, violin and Peter Jacquemyn, bass, and in 2009 he started the Deep Down Clarinet Duo with the contrabass clarinet player Ernst Ulrich Deuker. They also work together in the Tribal Trio, a clarinet trio with the French-American clarinetist Etienne Rolin. In 2009 Jörgensmann performed a few concerts with younger musicians from UK (Seb Rochford, Dominic Lash, Shabaka Hutchings and Noel Taylor) in London. In 2011 he formed the Freedom Trio with bassist Christian Sydney Ramond and acoustic guitar player Hagen Stüdemann. After a twelve-year break, he also works together again with pianist Bernd Köppen. Currently Jorgensmann is also working again with Clarinet Summit. The members of the group are Perry Robinson, Gianluigi Trovesi, Bernd Konrad, Albrecht Maurer, Sebastian Gramss and Günther "Baby" Sommer. In 2018, Jörgensmann was artist in residence at Singers Festival Warsaw, the biggest festival of Jewish culture in Poland.

Jörgensmann wrote in his book Kleine Ethik der Improvisation: "To find the right balance between communication of motion and non-communication is the major part of improvised music; that communication of motion as a part of interaction in music is an opportunity to create a new structure of time, which the listener could perceive as a new kind of musical space; that the idea of jazz does not depend on a specific material and special form; that the essential aspect of jazz is the fact that jazz musicians discovered the fourth dimension of time in music (they call it swing)." [3]

Karl Hans Berger is a jazz pianist, composer, and educator. 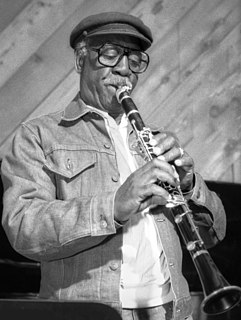 Ellery Eskelin is an American tenor saxophonist, born in Wichita, Kansas, and raised in Baltimore, Maryland, from the age of two. His parents, Rodd Keith and Bobbie Lee, were both professional musicians. Rodd Keith died in 1974 in Los Angeles, California, and became a cult figure after his death in the little-known field of "song-poem" music. Organist Bobbie Lee performed in local nightclubs in Baltimore in the early 1960s and provided Eskelin an introduction to standards from the Great American Songbook as well as inspiring an early interest in jazz music. 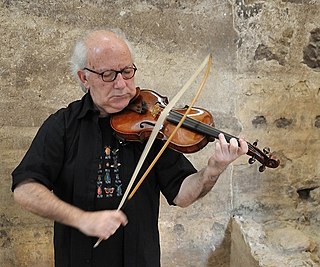 Carlos Zíngaro is a Portuguese violinist and electronic musician active in free improvisation. 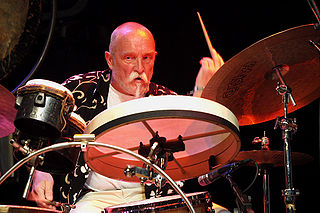 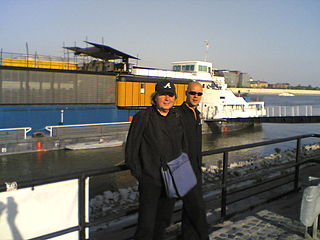 Marcin Oles is a jazz and free improvisation bass player, composer and record producer. He is the twin brother of Bartlomiej Oles. 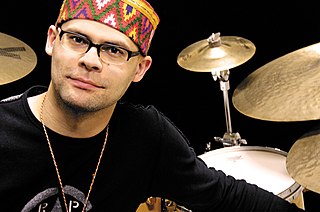 Bartlomiej Brat Oles is a jazz and free improvisation drummer, composer and record producer. He is the twin brother of Marcin Oles and Art-director of the Polish independent Jazz Label Fenommedia.

German Clarinet Duo was a German jazz clarinet duo with Theo Jörgensmann, clarinet and Eckard Koltermann, bass clarinet. The duo formed in 1984 and existed until 1998. The duo explores the synthesis of composition and improvisation. 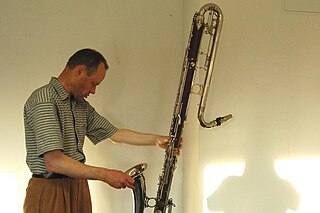 Ernst Ulrich Deuker is a bass player and contrabass clarinet player. He became known with the band Ideal. 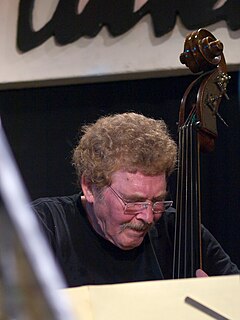 The Klarinettenquartett Cl-4 was one of a few clarinet chamber jazz ensembles in the 1980s. This international ensemble based in Germany existed from 1985 to 1988. The group integrated elements of jazz, folk and European concert music in their music without wanting to belong to the Third Stream. 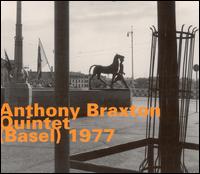 Quintet (Basel) 1977 is an album by the American composer and saxophonist Anthony Braxton, recorded in Switzerland in 1977 but not released on the hatOLOGY label until 2000. 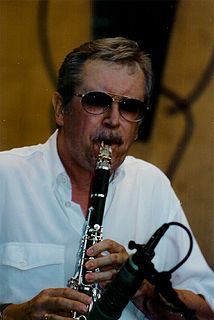 Lajos Dudas is a German-Hungarian jazz clarinetist and composer. 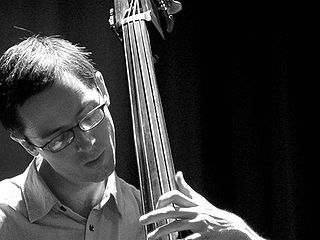 Thomas Morgan is an American jazz musician in contemporary jazz.

Sebastian Gramss plays bass and cello and is a composer of jazz and contemporary music. He received the ECHO award for double bass in 2013 and 2018.

Petras Vyšniauskas is a Lithuania multi-instrumentalist of Modern Creative Jazz and a university teacher as a music teacher at the Lithuanian Academy of Music and Theatre in Vilnius. 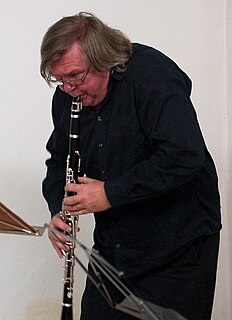 Contact Trio was a jazz group from the Ruhr area, which experimented with new forms of expression in the border area of jazz, rock and free jazz. The Trio formed in 1970 and existed until 1984. The band was one of the first progressive, professional jazz groups in the Ruhr area and released 4 Lps.