Thierry Amiel (born 18 October 1982) is a French singer and songwriter from Marseille, France. He rose to fame after coming in second place to Jonatan Cerrada on the first edition of the French 'Pop Idol', À la Recherche de la Nouvelle Star. [1]

Thierry grew up in Auriol, a town in Bouches-du-Rhône. Keen on music from a young age, in 2001 he quit his studies in Psychology and tried unsuccessfully for both Rêve d'un soir and Popstars 2 . His break came in 2003 when he competed in A La Recherche De La Nouvelle Star, losing narrowly in the final round. Shortly afterwards, his first album Paradoxes, along with his first single, Les Mots Bleus, were released, Paradoxes coming 3rd in the top 50 albums of its opening week. After three years, Thierry released his second album on the 20 November 2006, titled eponymously Thierry Amiel. The album gained 16th place in the top selling albums of France, with the single Cœur Sacré peaking at 6th place in top singles.

On 1 September 2007, Thierry competed in the Sopot Festival 2007 in Poland, representing France; his rivals were other music stars like: Sophie Ellis-Bextor, September, The Cloud Room and Monrose. He placed third.

In 2010, Thierry was chosen to play the lead role of Adam, in the musical comedy, Adam et Eve, La Seconde Chance (Adam and Eve, the Second Chance), by Pascal Obispo. The comedy is scheduled for performances beginning Jan. 31, 2012 through Mar. 25, 2012 at the Palais des Sports in Paris. The show will then tour at various venues in France beginning in Sept., 2012, before finally completing its run in Brussels, Belgium in Jan., 2013.

On Jan. 12, 2012, LaProvence.com published an article stating that Thierry Amiel had won a popularity contest over rugby player, Alexis Palisson, during "Le Match Sportifs contre People 2011" (2011 Match against Sportsmen). Voting took place over the internet from Dec. 14, 2011, until the final showdown ending at midnight on Jan. 11, 2012. Thierry won with 80% of the vote.

The tour of the musical Adam et Eve, La Seconde Chance, was abruptly canceled in August, 2012, with the following explanation given: “The company Adam & Eve Production has decided to cancel the tour of the musical of the same name. The deterioration of the economic climate unfortunately does not produce the show to date, with the same level of artistic quality and requirement has been proposed with success at the Palais des Sports in Paris from January 31 to March 25, 2012”.

Recently, in May, 2013, Thierry revealed that he has been quietly working on titles for his 4th album with help from composer-producer, Axelle Renoir.

After an absence of 7 years, Thierry released "Artéfact", his 4th album, to great acclaim in September 27, 2019. Thus far, the album has been very well received. Thierry continues to give interviews to promote his new, self-produced album.

Patrick Juvet is a former model turned singer-songwriter, who had a string of hit records in France. While his early career was focused on making pop records, he found international success as a disco music performer in the latter half of the 1970s.

Pierrick Lilliu, is a French rock-singer living in Brittany and was born in Mulhouse, Alsace from a Sardinian father. He appeared in the French reality show Nouvelle Star and placed 2nd against Myriam Abel on 12 May 2005.

Jacques de Lacretelle was a French novelist. He was elected to the Académie française on 12 November 1936.

Catherine Clément is a French philosopher, novelist, feminist, and literary critic, born in Boulogne-Billancourt. She received a degree in philosophy from the prestigious École Normale Supérieure, and studied under such luminaries as Claude Lévi-Strauss and Jacques Lacan, working in the fields of anthropology and psychoanalysis. A member of the school of French feminism and écriture féminine, she has published books with Hélène Cixous and Julia Kristeva.

Où s'en vont les avions? is a studio album recorded by French singer Julien Clerc. It was released on 12 September 2008. A pop record, it went straight to number-one in France and Belgium (Wallonia). Maxime Le Forestier, Benjamin Biolay, Carla Bruni are among the artists who wrote some tracks for this album. The first single, "La Jupe en laine", was only available digitally. 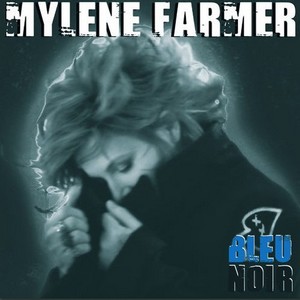 "Bleu noir" is a 2010 song by French pop musician Mylène Farmer. It is the second single to her eighth studio album Bleu Noir, released in December 2010. The song was written and produced by Moby with lyrics by Farmer, and the music video produced by French film director Olivier Dahan. It was released on 18 April 2011. In France, the song became Farmer's eleventh number-one hit on the singles chart, but quickly dropped.

Zahia Dehar is a French-Algerian fashion and lingerie designer, model and actress who was once known for her role in an underage prostitution scandal. 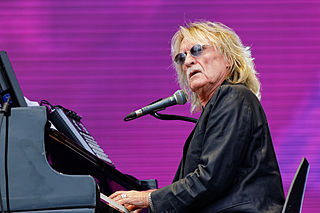 Daniel Bevilacqua, better known by the stage name Christophe, is a French singer and songwriter. He was born on 13 October 1945 in the Paris suburb of Juvisy-sur-Orge, to an Italian father.

Julia Billet is a French writer, novelist, author of short stories and poetry

Éric Holder was a French novelist.