Thietmar (also Dietmar or Dithmar; 25 July 975 –1 December 1018), Prince-Bishop of Merseburg from 1009 until his death, was an important chronicler recording the reigns of German kings and Holy Roman Emperors of the Ottonian (Saxon) dynasty. Two of Thietmar's great-grandfathers, both referred to as Liuthar, were the Saxon nobles Lothar II, Count of Stade, and Lothar I, Count of Walbeck. They were both killed fighting the Slavs at the Battle of Lenzen.

Thietmar was a son of the Saxon count Siegfried I the Older of Walbeck (died 990) and his wife Kunigunde (died 997), daughter of Henry I the Bald, Count of Stade (House of Udonids). His father fought with Margrave Odo against Duke Mieszko I of Poland at the 972 Battle of Cedynia. At the time of Thietmar's birth, his family sided with the Ottonian duke Henry II of Bavaria ("the Wrangler") in his uprising against his cousin Emperor Otto II. Later, a balance was achieved; Siegfried became burgrave at Möckern and his brother Count Lothair of Walbeck served as margrave of the Northern March from 983 until his death in 1003.

Baptized in Halberstadt, Thietmar prepared for an ecclesiastical career. He was educated at the St. Servatius chapter of Quedlinburg Abbey and from 987 onwards at the Benedictine abbey of Berge in Buckau near Magdeburg. From 1 November 990, he attended the Magedeburg cathedral school, together with his relative Bruno of Querfurt. He was familiar with the works of Augustine of Hippo, but even more with classical authors like Virgil, Horace, Lucan, and Macrobius.

Thietmar witnessed the struggles of the young Ottonian king Otto III and his mother Theophanu to secure their reign. He took some part in some political events of the time; in 994 he was a hostage in the hands of the Norsemen, and he was not unfamiliar with the actualities of war. [1] Upon the death of his parents, he inherited large parts of the Walbeck estates and in 1002 became provost of the family monastery, established by his grandfather Count Lothair II. On 21 December 1004, he was ordained as a priest by Archbishop Tagino of Magdeburg.

In 1009, through the intercession of Archbishop Tagino, he became Bishop of the Merseburg diocese, which had been re-established by King Henry II in 1004. Thietmar was concerned with the full restitution of his bishopric. A loyal supporter of the German kingship, he rarely interfered in political affairs. He died on 1 December 1018 and was buried in Merseburg cathedral. [1]

Between 1012 and 1018 Thietmar, while Bishop of Merseburg, composed his chronicle Chronicon Thietmari, which comprises eight books, [2] that cover the period between 908 and 1018, the Saxon Emperors Henry the Fowler, the three Ottos, and Henry II the Saint. As counsellor of the Emperor and participant in many important political transactions he was well equipped for writing a history of his times.

The first three books, covering the reigns of Henry I and the first two Ottos (Otto I and Otto II) are largely based on previous chronicles most of which are still extant (e.g. Widukind of Corvey's Res gestae Saxonicae , the Annales Quedlinburgenses and others); the fourth book, comprising the reign of Otto III contains much original matter; while the remaining four books, which describe the reign of Henry II to the year 1018, are the independent narrative of Thietmar and, besides being the principal source for Saxon history during the reign of Henry II, contain valuable information, not to be found elsewhere regarding the contemporary history and civilization of the Slavic tribes east of the river Elbe, as well as Poles, Hungarians and Bulgarians. [2]

The Latin style and the composition are not of a high standard, largely because, as the original manuscript reveals, Thietmar continued to make amendments and insertions to the text after it was completed. Nor does he always discriminate between important and unimportant events.[ citation needed ]

The chronicle is nevertheless an excellent source for the history of Saxony during the reigns of the emperors Otto III and Henry II. No information is excluded by Thietmar, but the fullest details refer to the Bishopric of Merseburg, and to the wars against the Wends (Polabian Slavs) and the Poles.[ citation needed ]

The original manuscript was moved in 1570 to Dresden. When the city was destroyed by bombing during World War II the manuscript was severely damaged, and only a few folios remain intact. Fortunately a complete facsimile edition had been published by L. Schmidt (Dresden, 1905).[ citation needed ]

Thietmar's statement that the Gero Cross in Cologne cathedral was commissioned by Archbishop Gero, who died in 976, was dismissed by art historians, who thought he meant another cross, until the 1920s, and finally confirmed as correct in 1976 by dendrochronology. [3]

Editions and translations of Thietmar's Chronicle 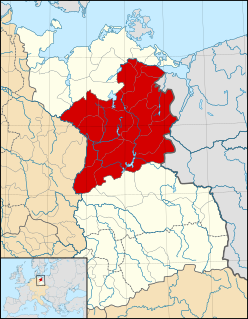 Herman I was the first Conradine Duke of Swabia, the son of Gebhard, Duke of Lorraine, and a cousin of King Conrad I of Germany.

Count Lambert "the Bearded" was the first person to be described as a count of Leuven in a surviving contemporary record, being described this way relatively late in life, in 1003. He is also the patrilineal ancestor of all the future counts of Leuven and dukes of Brabant until his descendant John III, Duke of Brabant, who died in 1355.

Lothair I was Margrave of the Nordmark from about 983 until his death. He was also a member of Saxon nobility as Count of Derlingau and of Nordthüringgau.

Oda of Meissen, also named Ode, Old High German form for Uta or Ute, was a Saxon countess member of the Ekkehardiner dynasty. She married Piast Duke Bolesław I the Brave as his fourth and last wife.

Henry I the Bald was Count of Stade. He was son of Lothar II, Count of Stade, and Swanhild of Saxony. Henry is recorded as a cousin of Otto I, Holy Roman Emperor, but their exact relationship remains a mystery. Henry was also appointed Count of Heilangau, the ancient capital of Stade, in 959.

The Counts of Walbeck ruled a medieval territory with its capital Walbeck northeast of Helmstedt in the present town Oebisfelde-Weferlingen in Saxony-Anhalt. The foundation of the Archbishopric of Magdeburg established the region as firmly in the oversight of Otto the Great, Holy Roman Emperor. The first Count of Walbeck, Lothar I, was great-grandfather of Thietmar, Prince-Bishop of Merseburg, chronicler of the Ottonian dynasty of Germany and the Holy Roman Empire. Two of Thietmar’s great-grandfathers, both named Lothar, were killed in the Battle of Lenzen, pitting the forces of Henry the Fowler against the Slavs. The early Margraves of the Nordmark were descended from the House of Walbeck.

Henry, Count of Walbeck, son of Siegfried I the Older, Count of Walbeck, and Kunigunde von Stade, daughter of Henry I the Bald, Count of Stade. Virtually all that is known about Henry was provided in the chronicle of his brother Thietmar of Merseburg.

Friedrick, Count of Walbeck and Viscount (Burggraf) of Magdeburg, son of Siegfried I the Older, Count of Walbeck, and Kunigunde von Stade daughter of Henry I the Bald, Count of Stade. He was brother to Thietmar of Merseburg, whose Chronicon was the main source of information on him, and his predecessor Henry, Count of Walbeck.

Gero, Count of Alsleben, conjectured to be the son of Siegfried and therefore grandson of Gero the Great. If so, his mother was Hedwig, daughter of Wichmann the Elder. Gero was the brother of Tetta, who established a monastery at Alsleben in his name. Thietmar of Merseburg, whose Chronicon is the major source of information here, refers to Gero as a Count in Northern Thuringia and Morzani. Gero was married to Adela of an unknown family. Gero and Adela had one daughter, Adela of Alsleben, who married Siegfried II, Count of Stade. No other counts of Alsleben are recorded until the 12th century.

Adela of Hamaland, was countess of Hamaland in the Netherlands in about 973–1021. She was also the regent of Renkum in circa 983–?, likely as regent for her son Dirk of Renkum. Her claim on the inheritance of her father caused a conflict with her sister Liutgard of Elten, which lasted from 973 until 996. She first married Count Immed of Renkum, the father of her son, and later Count Balderik of Hamaland, whom she made her co-regent by marriage.

Gerhard of the Moselle, Count of Metz and possibly of Alsace, was a Lotharingian noble active in the early 11th century. He was a key figure within an alliance of Lotharingian nobles who were seen as opponents of Henry II, Holy Roman Emperor. This also put him in constant conflict with the king's loyal representatives in Lotharingia, his relatives in the family known to historians as the House of Ardenne–Verdun. Henry II was Gerhard's brother-in-law, as they had both married daughters of Sigfried, Count of the Ardennes, ancestor of the counts of Luxembourg, whose family were also part of the Ardenne dynasty, though opposed to their Verdun cousins.

Count Balderic of Upladium was a Rhineland count in the Holy Roman Empire, who held various estates stretching from the forest region of Drenthe in the north, to the area near Cologne, on both sides of the river Rhine.

Wikimedia Commons has media related to Thietmar von Merseburg .
This page is based on this Wikipedia article
Text is available under the CC BY-SA 4.0 license; additional terms may apply.
Images, videos and audio are available under their respective licenses.