The command plans, commands and controls, delivers, and assesses air, space, and information operations in the Asia-Pacific region—excluding the Korea theater of operations—across the security spectrum from peacetime engagement to major combat operations.

During the Cold War, 13 AF remained in the Philippines, providing air defense of the nation and becoming one of the Numbered Air Forces of Pacific Air Forces (PACAF). During the Korean War, its units provided staging areas for people and equipment destined for the war zone. As the Vietnam War escalated during the late 1960s and early 1970s, 13th AF provided command and control for USAF units stationed in Thailand, its units conducting combat missions throughout Indochina until August 1973. 13 AF units last engaged in combat during the SS Mayaguez Incident in May 1975.

Returning to the Philippines after the Vietnam War ended in 1975, the command remained there until the 1991 evacuation of Clark Air Base after the Mount Pinatubo eruption and the United States withdrawal of military forces afterward.

It was inactivated on 28 September 2012 and its functions merged with PACAF. [5]

Headquarters, 13 AF is made up of an A-staff (the Air Force Forces staff), personal staff, 613th Air and Space Operations Center (AOC), known as the Maj Richard Bong AOC, and the 613th Support Group. The 613th AOC is one of the U.S. Air Force's five full-capability AN/USQ-163 FALCONER weapon systems with the ability to plan, task, execute, monitor, and assess full-spectrum air, space, and information operations for the COMAFFOR and/or C/JFACC. The AOC serves as the nerve center of air operations during any campaign.

In June 1991, Mount Pinatubo buried Clark Air Base, Philippines, in volcanic ash, leading to the evacuation of military personnel and their families in Operation Fiery Vigil, eventually forcing the base to close 26 November 1991. Thirteenth AF relocated and officially established its headquarters at Andersen AFB, Guam, on 2 December 1991.

Prior to its inactivation, two wings were permanently assigned to 13 AF:

On 5 January 2007, Detachment 1, 13 AF was activated at Yokota AB, Japan. Det 1 is responsible for planning, coordinating, and executing air operations around Japan in coordination with the Japan Air Self Defense Force, through the Fifth Air Force staff at Yokota, and the 613th Air and Space Operations Center at Hickam.

Thirteenth Air Force has never been stationed in the continental United States; it is also one of the oldest, continuously active, numbered air forces. It engaged in combat in the Pacific Theater during World War II. Since World War II, it has provided air defense in the Far East, primarily the Philippines, until the 1991 eruption of Mt. Pinatubo forced the closure of Clark AB. Numerous Thirteenth Air Force organizations participated in Southeast Asia combat operations in the 1960s and 1970s.

Activated on 13 January 1943. Served in combat with Thirteenth AF until the end of the war. Inactivated in the Philippines on 15 March 1946. Disbanded on 8 October 1948.

Activated on 13 January 1943. Served in combat with Thirteenth AF until the end of the war. Inactivated in the Philippines on 15 March 1946. Disbanded on 8 October 1948.

Thirteenth Air Force began operations in November 1942 as an organization composed of many widely separated Seventh Air Force and independent units scattered in the South Central Pacific during the Solomon Islands campaign.

It was Thirteenth Air Force P-38Gs of the 339th Fighter Squadron of the 347th Fighter Group which, on 18 April 1943, flew the mission which resulted in the death of Japanese Admiral Isoroku Yamamoto.

From 1942 to 1945, Thirteenth Air Force staged out of tropical jungles on more than 40 remote islands including the Gilbert and Marshall Islands campaign; Mariana and Palau Islands campaign and the Philippines campaign (1944–45), thus earning the nickname, "The Jungle Air Force." The command's units participated in a total of five different operation areas and 13 campaigns.

Thirteenth Air Force along with Fifth Air Force in Australia and Seventh Air Force in Hawaii were assigned to the newly created Far East Air Forces (FEAF) on 3 August 1944. FEAF was subordinate to the U.S. Army Forces Far East and served as the headquarters of Allied Air Forces Southwest Pacific Area. By 1945, three numbered air forces—5th, 7th and 13th—were supporting operations in the Pacific. FEAF was the functional equivalent in the Pacific of the United States Strategic Air Forces (USSTAF) in the European Theater of Operations.

After hostilities ended in 1945, Thirteenth Air Force established its headquarters at Clark Field, Philippines, in January 1946. In May of that year, it moved to Fort William McKinley, Luzon. By August 1947, 13AF returned to Clark Field. In December 1948, the unit moved to Kadena, Okinawa, where it remained for only a few months before returning to Clark in May 1949.

The 6204th Photo Mapping Flight, located at Clark AB, Philippines, deployed the Flight's two RB-17 aircraft complete with combat crews and maintenance personnel to Johnson AB, Japan in mid-June 1950. The FEAF deployment order specified that the two RB-17 aircraft be equipped with normal armament insofar as practicable, not to interfere with the photographic capability of the aircraft. This posed a problem for the Flight, since the RB-17s had been flying peacetime missions and were not equipped for combat. However, the 6204th found the necessary gunners and equipment, made the modifications to the aircraft, and by late August 1950 the detachment began flying photo-mapping missions over Korea. By the end of November 1950, it had photographed the entire North Korean area at least once and re-photographed some areas as far north as weather conditions permitted. By early December the detachment returned to Clark AB and resumed the flight's mapping program in the Philippine area.

During the Korean War, 13AF units provided staging areas for people and equipment destined for the war zone. During the decade of peace that followed the war, the command concentrated on training and surveillance activities to maintain a high state of readiness for contingencies.

From the time of signing of U.S./Taiwan defense arrangements, the 327th Air Division of 13th Air Force maintained units in Taiwan, up until 1979. 327th Air Division reported in this capacity to United States Taiwan Defense Command.

As the Vietnam War escalated during the late 1960s and early 1970s, 13AF again served as a staging base and logistics manager for units fighting in Southeast Asia. As more American aircraft and people were poured into the war effort, combat units and facilities under 13AF in Thailand increased. At its peak, 13AF was composed of seven combat wings, nine major bases, 11 smaller installations and more than 31,000 military members.

With the buildup and execution of Operations Desert Shield and Storm, 13AF provided aircraft and support staff vital to the Gulf war coalition victory in Southwest Asia.

In June 1991, Mount Pinatubo buried Clark in volcanic ash, forcing the base to close on 26 November and leading to the evacuation of assigned military members and their families in Operation Fiery Vigil. The Thirteenth Air Force relocated and officially established its headquarters at Andersen Air Force Base on 2 December 1991.

In 2005, the Jungle Air Force stood down as a traditional Numbered Air Force and moved to Hickam Air Force Base to assume the role of the new Kenney Warfighting Headquarters for PACAF, which was activated in provisional status in June 2005.

On 6 October 2006, after a one-year transformation of command and control of air, space and information operations in the Pacific, Thirteenth Air Force officially began operations as a component numbered air force headquarters and welcomed a new commander. Former Pacific Air Forces Deputy Commander, Lt. Gen. Loyd S. "Chip" Utterback, assumed command of the unit 6 October, replacing Maj. Gen. Edward A. Rice Jr., who had commanded Thirteenth Air Force from Andersen Air Force Base, Guam, and Hickam since January 2005. Previously designated as a management headquarters, Thirteenth Air Force became one of 10 organizations designed to enhance the operational level support, planning, command, control and execution of air, space and information operations capabilities across the full range of military operations throughout the U.S. Pacific Command's area of responsibility (minus the Korea theater of operations). In September 2012, 13 AF was inactivated and its functions merged into PACAF. 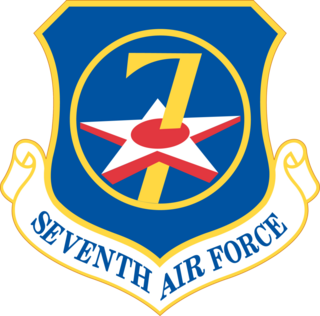 The Seventh Air Force is a Numbered Air Force of the United States Pacific Air Forces (PACAF). It is headquartered at Osan Air Base, South Korea. 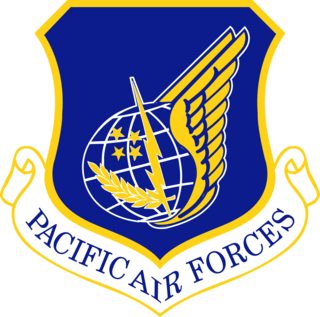 The V Bomber Command is an inactive United States Army Air Forces unit. It was last assigned to Fifth Air Force, based at Irumagawa AB, Japan. It was inactivated on 31 May 1946. 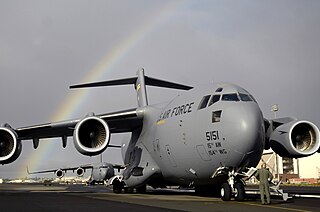 The 15th Wing is a wing of the United States Air Force at Joint Base Pearl Harbor-Hickam, Hawaii. The wing reports to 11th Air Force, Headquartered at Joint Base Elmendorf-Richardson, Alaska.

The 405th Air Expeditionary Wing is a provisional United States Air Force unit assigned to Air Combat Command. It may be activated or inactivated at any time. 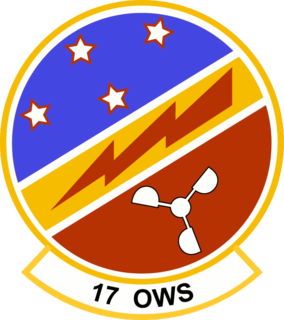 The 17th Operational Weather Squadron is a unit of the military of the United States. Based at Hickam Air Force Base in Hawaii, it covers weather for the largest geographical area in the world. 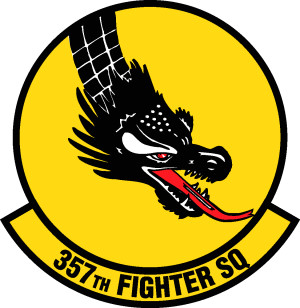 The 54th Tactical Fighter Wing is an inactive United States Air Force unit. Its last assignment was with the Pacific Air Forces Fifth Air Force, being stationed at Kunsan Air Base, South Korea. It was inactivated on 31 October 1970.

The 419th Night Fighter Squadron is an inactive United States Air Force unit. Its last assignment was with Thirteenth Air Force, being inactivated at Floridablanca, Luzon on 20 February 1947.

The VII Fighter Command was a command and control organization of the United States Army Air Forces. Its last assignment was with Far East Air Forces. The Headquarters were based at several locations with forward command moving with the campaigns. It was redesignated the 20th Fighter Wing and later, the 46th Fighter Wing before inactivating on 24 August 1948. 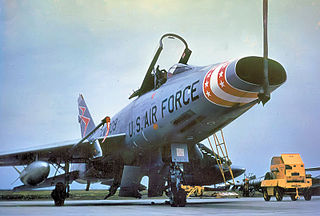 The V Fighter Command is an inactive United States Army formation. It was last assigned to Fifth Air Force, based at Fukuoka AB, Japan. It was inactivated on 31 May 1946.

The XIII Bomber Command was an inactive United States Army Air Forces formation. It was last assigned to Thirteenth Air Force, based at Clark Field, Luzon, Philippines. It was inactivated on 15 March 1946.

The XIII Fighter Command was a United States Army Air Forces formation. It was last assigned to Thirteenth Air Force, based at Manila, Luzon, Philippines. It was inactivated on 15 March 1946.

The VII Bomber Command is an inactive United States Air Force unit. Its last assignment was with Seventh Air Force, based on Okinawa. It was inactivated on 31 March 1946.

The 15th Operations Group is the flying component of the 15th Wing, assigned to the United States Air Force Thirteenth Air Force. The group is stationed at Hickam Air Force Base, Hawaii. It is also responsible for managing operational matters at Bellows Air Force Station, Hawaii and Wake Island Airfield. 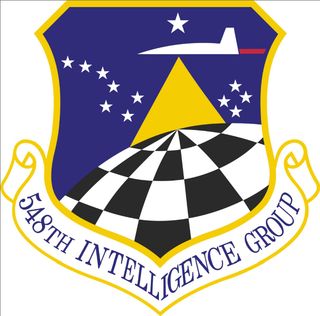 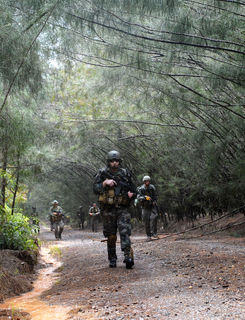 This is a list of United States Army Air Forces B-24 Liberator combat units during World War II including variants and other historical information. Heavy bomber training organizations primarily under II Bomber Command in the United States and non-combat units are not included.