Thomas Öberg may refer to:

Nina Elisabet Perssonaudio (help·info) is a Swedish lead singer and lyricist of the Swedish rock band The Cardigans. She has also worked as a solo artist, releasing two albums as A Camp and one under her own name. She has also appeared as a guest artist with many other acts.

Rolf Thomas Öberg is a Swedish musical personality best known as the singer in the acclaimed group bob hund. He was named, in 2000, as the country's best singer. He has gained renown for his musical depth and unique lyrics as well as extremely energetic stage presence.

Viktoria Helgesson is a retired Swedish figure skater. She is the 2011 Skate America bronze medalist, a five-time Nordic champion, and an eight-time Swedish national champion. She placed fifth at three European Championships. Her bronze medal at 2011 Skate America is the first Grand Prix medal by a Swedish skater.

Mats is a given name, a Scandinavian form of Matthew or Matthias, and may refer to:

Peter Johansson may refer to:

Eliza Roszkowska Öberg is a Polish-Swedish political figure who, in 2008, was elected to Sweden's Parliament, the Riksdag.

Lars Thomas Öberg is a Swedish former competitive figure skater. He is a four-time Nordic champion and a nine-time Swedish national champion (1972–80). He represented his country at the 1980 Winter Olympics in Lake Placid, New York, and placed 14th. A competitor at multiple World and European Championships, he finished in the top ten at the 1980 Europeans in Gothenburg. 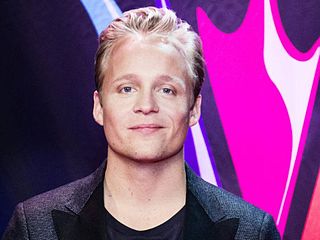 Öberg is a Swedish surname. Notable people with the surname include:

Nils Håkon Thomas Callerud is a Swedish former competitive figure skater. A three-time Nordic champion, he represented Sweden at the 1968 Winter Olympics in Grenoble and at four European Championships.

Events from the year 1976 in Sweden

Events from the year 1934 in Sweden

Events from the year 1933 in Sweden

Angelica Olsson is a Swedish former competitive figure skater. She is the 2010 Nordic silver medalist and a two-time Swedish national bronze medalist. She was sent to the 2009 World Junior Championships in Sofia, Bulgaria but did not qualify for the free skate. At the 2010 World Junior Championships in The Hague, Netherlands, she placed 12th in the short program, 19th in the free skate, and 17th overall. She is the daughter of a figure skating coach, Susanne Olsson, and the elder sister of figure skater Isabelle Olsson. 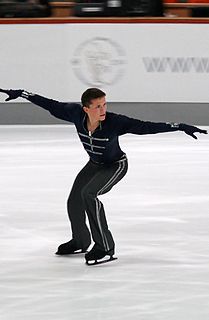 Ondrej Spiegl is a Swedish figure skater. He is a two-time Nordic medalist and a two-time Swedish national champion. 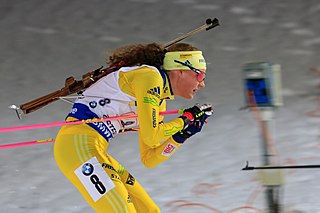 Hanna Öberg is a Swedish female biathlete. In 2017 she won the IBU Female Rookie of the Year Award for her World Cup debut season, with the male counterpart being awarded to her fellow Swede Sebastian Samuelsson. At the Pyeongchang 2018 Winter Olympics she won a surprising gold in the Individual, after four clean shootings. It was both the first victory and podium of her career, with her previous best being a fifth place in the world cup. She also claimed silver in the Relay, finished seventh in sprint, and fifth in both the mass start and the pursuit. Öberg repeated her Olympic success at the 2019 Biathlon World Championships on home snow in Östersund, where she again won the individual with a perfect shoot, having previously finished fourth in the sprint and fifth in the pursuit. She became the first female biathlete to win the individual World Championship title the year after taking the Olympic individual gold.