Thomas Alfred Wardle (October 31, 1913 – June 20, 2005) was a Canadian politician, who represented Beaches-Woodbine in the Legislative Assembly of Ontario from 1971 to 1975 as a Progressive Conservative member in the majority government headed by Bill Davis. [1]

Beaches—Woodbine was a provincial electoral district in Ontario, Canada. It was created in 1967 by merging the former ridings of Woodbine and Beaches.

Wardle married Inez Evelyn (1913–1997) and they had one son, Tom Wardle Jr. Wardle Snr served in the RCAF during World War II.

Wardle was active in a wide variety of public and private sector roles. He served as a trustee and then as chairman of the Toronto Board of Education. He was also an alderman for The Beaches (ward 8/9) in City of Toronto from 1960 to 1972. His son Tom Jr. was an alderman for the same ward from 1976 to 1980. [2] He served as chairman of the Riverdale Hospital and Foundation.

Wardle is buried with his wife in St. Johns Norway Cemetery, in Toronto.

The Toronto City Council is the governing body of the City of Toronto in Ontario, Canada. Members represent wards throughout the city, and are known as councillors. The passage of provincial legislation in the summer of 2018 established that the number of wards be reduced from 44 to 25 and that they be based upon the city's federal electoral districts as of the year 2000. While the federal districts have been redistributed since then, the ward boundaries remain the same. The city council had at its peak 45 members: 44 ward councillors plus the mayor. On September 19, 2018 an Ontario Court of appeals granted a stay order of a previous court decision that would have prevented this reduction, thus re-establishing the move to 25 wards. The actual court appeal of Bill 5 has yet to be scheduled, but was heard subsequent to the municipal election on October 22, 2018.

William James Stewart was a Canadian politician. He was also a member of the Orange Order in Canada. Stewart also owned and operated the Bates and Dodds Funeral Home on Queen Street West in Toronto.

Arthur Ellis was a Canadian lawyer and politician. He was mayor of Ottawa from 1928 until 1929.

Alan Tonks is a former Canadian politician. He was the Liberal MP for the federal riding of York South—Weston in Toronto from 2000 to 2011, and was the final Metro Toronto Chairman before the amalgamation of Metro Toronto into the new City of Toronto.

Allan Grossman was a member of the Legislative Assembly of Ontario, Canada, for 20 years, a provincial cabinet minister and the father of the late former leader of the Ontario Progressive Conservative Party, Larry Grossman. Together, the father and son represented the downtown Toronto, Ontario, riding of St. Andrew, and its successor St. Andrew—St. Patrick, for 32 consecutive years. Allan was also the second Jewish Canadian Cabinet minister in Ontario, after David Croll, and the first to be a Tory. He was also the first elected Canadian official to visit China.

Thomas Baker McQuesten was a politician in Ontario, Canada. He was a Liberal member of the Legislative Assembly of Ontario from 1934 to 1943 who represented the riding of Hamilton—Wentworth. He served as a cabinet minister in the governments of Mitchell Hepburn and Gordon Conant.

Derwyn Spencer Shea was an Anglican Church of Canada clergyman and politician in Ontario, Canada. He was a municipal politician in the city of Toronto for 12 years, and sat as a Progressive Conservative member of the Legislative Assembly of Ontario from 1995 to 1999, representing the riding of High Park—Swansea.

Paul Christie is a municipal politician, administrator and corporate director in Ontario, Canada. He served as a member of Toronto City Council and Metropolitan Toronto Council for the Metro ward of East Toronto from 1985 to 1997, as Commissioner and Chair of the TTC from 1991 until 1998 and as supervisor of the Toronto District School Board for the 2002–03 and 2003–04 school years. 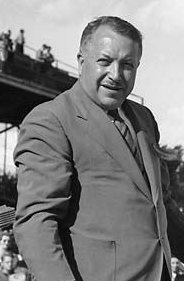 Hiram Emerson McCallum was a mayor of Toronto, Ontario from 1948-1951. He was also a member of the Orange Order in Canada.

The Toronto municipal election of 1976 was held on December 6, 1976 in Metropolitan Toronto, Ontario, Canada. Mayors, city councillors and school board trustees were elected in the municipalities of Toronto, York, East York, North York, Etobicoke and Scarborough. 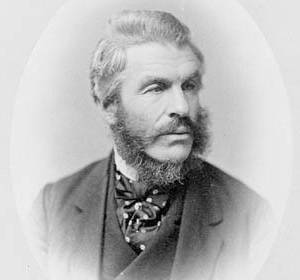 William Robinson was an Ontario businessman and political figure. He represented Kingston in the Legislative Assembly of Ontario as a Conservative member from 1871 to 1879.

George Ben was an Ontario lawyer and political figure. He represented Bracondale and then Humber in the Legislative Assembly of Ontario from 1965 as a Liberal member until his defeat in the 1971 provincial election. Ben was a member of Toronto City Council in the early 1960s, representing Ward 5, and returned to council in the 1972 municipal election. He was re-elected for the final time in 1978, and died in office on December 17, 1978.

Gordon James Millen was a politician from Toronto, Ontario, Canada. He served several years on city council before being elected as a Member of Provincial Parliament.

Leonard Mackenzie Reilly was a Canadian politician and businessman.

John Judah Glass was a politician in Ontario, Canada. He represented St. Andrew in the Legislative Assembly of Ontario from 1934 to 1943 as a Liberal member.

William Henry Collings was a Canadian politician, who represented Beaches in the Legislative Assembly of Ontario from 1951 to 1961 as a Progressive Conservative member.

Everett Lane Weaver was a Canadian politician, who served on Toronto City Council and in the Legislative Assembly of Ontario.