Colonel Thomas Be(e)cher JP (1640 – 10 October 1709) [1] was an Irish politician and soldier. The family's surname varies in its spelling, caused by its pronunciation.

Born in Baltimore, County Cork, he was the son of Major Henry Becher and his wife Elizabeth, daughter of Thomas Notte. [2] His paternal grandfather Henry was Lord President of Munster. The elder Henry married Mary Lyon, daughter of William Lyon, Bishop of Cork, Cloyne and Ross. [3] Becher was educated at Trinity College, Dublin [4] and graduated in 1658. [5]

Becher was nominated a Justice of the Peace in 1665, assigned to County Cork. [6] He fought in the Battle of the Boyne in 1690, serving as aide-de-camp to William of Orange, for which he was awarded a watch by the later King. [7] In 1692, he was appointed Governor of Sherkin Island. [6] Later in that year he entered the Irish House of Commons, having stood for Baltimore. [1] He was returned for the constituency until his death in 1709. [1] In Parliament he supported Henry Capell, 1st Baron Capell of Tewkesbury, at that time the Lord Deputy of Ireland. [8]

In 1665, he married Elizabeth Turner, daughter of Henry Turner; they had fifteen children, nine sons and six daughters. [9] Becher died in 1709 and was buried at St Matthew's Church in Aughadown. [9] Elizabeth died about 1720, her will being dated 26 September was proved in the prerogative court in Cork in the following year. His son Michael sat also in the Parliament of Ireland, representing the same constituency as his father. [1]

Surviving letters are held by the Bristol Archives. [10] Notable descendants were the social reformer John Thomas Becher (1769–1848), a friend of the poet Lord Byron as well as Anne Becher (1792–1864), the mother of William Makepeace Thackeray. [9] 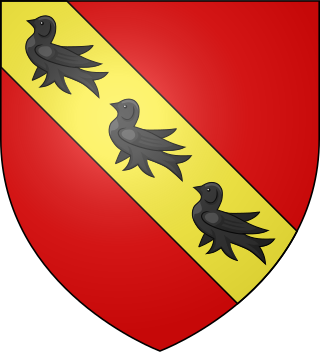 Michael Beecher was an Irish politician.

Garrett Standish Barry was a Liberal Member of Parliament for Cork County in the Parliament of the United Kingdom from 1832 to 1841. An extremely popular figure, Standish Barry retired to give his seat to "The Emancipator" Daniel O'Connell, who had failed to retain his seat in Dublin.

Benjamin Phipps, D.D. was a 17th-century Anglican Dean in Ireland.

Henry Leslie, D.D. (1651-1733) was an Anglican priest in Ireland in the late seventeenth and early 18th centuries.

Nathaniel Boyse was an Irish politician.

Robert Bray was an Irish politician.

Francis Burton was an Irish politician.

Jephson Busteed was an Irish politician. 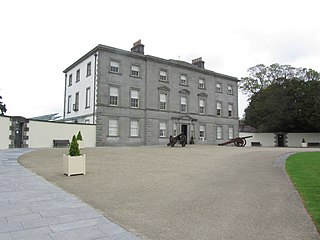 Dixie Coddington was an Irish MP and army officer.

Barry Denny was an Irish politician.