He founded what was to become the National Children's Home in 1869. [1] He later founded the Wesleyan Deaconesses in 1890. [2] In 1891 he was elected President of the Methodist Conference. [3] He was a member of the London School Board. From 1902 to 1907 he was warden of the Methodist Deaconess Training College at Ilkley, West Yorkshire. [4]

In the Methodist Church of Great Britain, deacons are members of a permanent order called the Methodist Diaconal Order (MDO). The MDO is therefore both a religious order and an Order of Ministry, or in other words, an order of Clerks Regular. 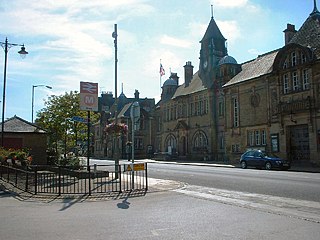 Ilkley is a spa town and civil parish in West Yorkshire, in Northern England. Historically part of the West Riding of Yorkshire, Ilkley civil parish includes the adjacent village of Ben Rhydding and is a ward within the City of Bradford Metropolitan District Council. Approximately 12 miles (19 km) north of Bradford and 17 miles (27 km) northwest of Leeds, the town lies mainly on the south bank of the River Wharfe in Wharfedale, one of the Yorkshire Dales.

The City of London Cemetery and Crematorium is a cemetery and crematorium in the east of London. It is the second largest such municipal facility in the UK; Roselawn Cemetery in Northern Ireland, run by Belfast City Council, is approximately 280 acres in size, with its own crematorium.

Kathleen Margaret Richardson, Baroness Richardson of Calow, is a British Methodist Minister. Created a life peer in 1998, she was a crossbench member of the House of Lords until her retirement in 2018.

Sir William Bowman, 1st Baronet was an English surgeon, histologist and anatomist. He is best known for his research using microscopes to study various human organs, though during his lifetime he pursued a successful career as an ophthalmologist. 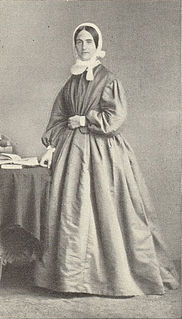 The ministry of a deaconess is, in modern times, a non-ordained ministry for women in some Protestant churches to provide pastoral care, especially for other women. The term is also applied to some women deacons in the early church. The word comes from a Greek word, diakonos (διάκονος), for "deacon", which means a servant or helper and occurs frequently in the Christian New Testament of the Bible. Deaconesses trace their roots from the time of Jesus Christ through to the 13th century in the West. They existed from the early through the middle Byzantine periods in Constantinople and Jerusalem; the office may also have existed in Western European churches. There is evidence to support the idea that the diaconate including women in the Byzantine Church of the early and middle Byzantine periods was recognized as one of the major orders of clergy.

Action for Children is a UK children’s charity committed to helping vulnerable children and young people, and their families, throughout the UK. 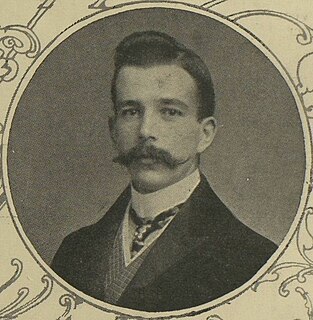 Ernest Henry Lamb, 1st Baron Rochester, CMG was a British Liberal and National Labour politician who served as Paymaster-General from 1931 to 1935 in the National Government of Ramsay MacDonald.

The Spires Shopping Centre is a shopping centre in Chipping Barnet, north London, England. It is located in the centre of the town, on the High Street, and incorporates the twin spires of the former High Barnet Methodist Church which stood on the site until the late 1980s. 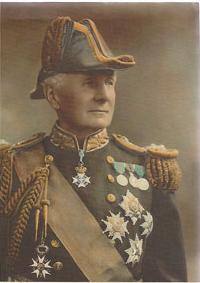 Admiral Sir Francis Charles Bridgeman Bridgeman was a Royal Navy officer. As a captain he commanded a battleship and then an armoured cruiser and then, after serving as second-in-command of three different fleets, he twice undertook tours as Commander-in-Chief of the Home Fleet with a stint as Second Sea Lord in between those tours. He became First Sea Lord in November 1911 but clashed with First Lord of the Admiralty Winston Churchill on technical issues as well as matters relating to a perceived overriding of naval traditions by Churchill: this led to Bridgeman's resignation just a year later.

The Barbadoes Street Cemetery is the oldest cemetery in Christchurch, New Zealand. It was set up with three discrete areas for different denominations.

The Bowman brothers were pioneer pastoralists of Tasmania and South Australia. They were the sons of John Bowman : Edmund Bowman, John Bowman, William Charles Bowman and Thomas Richard Bowman.

The Presbyterian Burying Ground, also known as the Old Presbyterian Burying Ground, was a historic cemetery which existed between 1802 and 1909 in the Georgetown neighborhood of Washington, D.C., in the United States. It was one of the most prominent cemeteries in the city until the 1860s. Burials there tapered significantly after Oak Hill Cemetery was founded nearby in 1848. The Presbyterian Burying Ground closed to new burials in 1887, and about 500 to 700 bodies were disinterred after 1891 when an attempt was made to demolish the cemetery and use the land for housing. The remaining graves fell into extensive disrepair. After a decade of effort, the District of Columbia purchased the cemetery in 1909 and built Volta Park there, leaving nearly 2,000 bodies buried at the site. Occasional human remains and tombstones have been discovered at the park since its construction. A number of figures important in the early history of Georgetown and Washington, D.C., military figures, politicians, merchants, and others were buried at Presbyterian Burying Ground.

The Centre for Christian Studies is a Canadian ecumenical theological school in Winnipeg, Manitoba, and is affiliated with the Anglican and United churches of Canada. It is a training centre for those becoming deacons and diaconal ministers; it provides continuing education for ministers and offers a variety of programs and workshops for others seeking to deepen their faith or explore theology. The centre's primary areas of study include pastoral care, social justice, collaborative learning, transformative education, and social ministry.

Lucy Jane Rider Meyer was an American social worker, educator, physician, and author who cofounded the Chicago Training School for City, Home, and Foreign Missions in Illinois. She is credited with reviving the office of the female deacon in the U.S. Methodist Episcopal Church.

The Methodist Deaconess Institute—Esther Hall, also known as Hawthorn Hill Apartments, is a historic building located in Des Moines, Iowa, United States. This building has been known by a variety of titles. They include the Bible Training School, Women's Foreign Missionary Society; Women's Home Missionary Society-Bible Training School; Iowa National Bible Training School; Iowa National Esther Hall & Bidwell Deaconess Home; Hawthorn Hill; and Chestnut Hill. The Women's Home Missionary Society of the Methodist Episcopal Church established a Des Moines affiliate in 1896. Part of their responsibilities was to oversee the work of deaconesses of the church. At about the same time a Bible training school was established at Iowa Methodist Hospital's School of Nursing.

Alice Graham Baker was an American civic leader, social worker, and philanthropist. She was the founding president of the Houston Settlement Association. She was married to Captain James A. Baker, who collaborated with her in civic ventures. She was the grandmother of James Addison Baker, III, former United States Secretary of State and former Secretary of Treasury.