Thomas Clark Street (1814 – September 6, 1872) was a lawyer, businessman and political figure in Ontario, Canada. He was a Conservative member of the House of Commons of Canada who represented Welland from 1867 to 1872.

He was born at Chippawa in 1814, the son of Samuel Street Jr.. He studied law with Christopher Hagerman and William Henry Draper and was called to the bar in 1838. When his father died in 1844, Street took over his business interests. In 1851, he was elected to the Legislative Assembly of the Province of Canada representing Welland; he was defeated in 1854 and 1857, then reelected in 1861 and 1863. He served as a lieutenant-colonel in the local militia.

He served as president of the Niagara Falls Suspension Bridge Company and the Gore Bank. He also was a director of the Canadian Bank of Commerce and the Bank of Upper Canada.

He died at Chippawa in 1872, after being re-elected for a second term by acclamation. 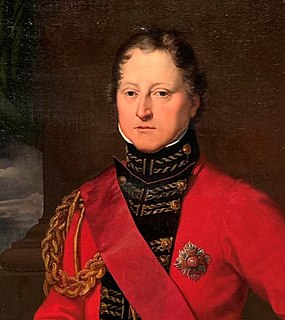 General Sir Gordon Drummond, GCB was a Canadian-born British Army officer and the first official to command the military and the civil government of Canada. As Lieutenant Governor of Upper Canada, Drummond distinguished himself on the Niagara front in the War of 1812 and later became Governor-General and Administrator of Canada.

Chippawa is a community located within the city of Niagara Falls, Ontario. 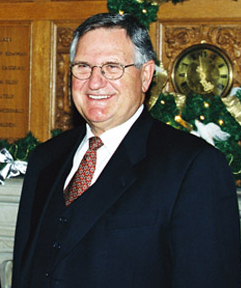 Gilbert "Gib" Parent, was a Canadian Member of Parliament. He is best known in his role of Speaker of the House of Commons of Canada between 1994 and 2001.

The Welland River is a river in the Golden Horseshoe that passes through the Southern Ontario cities of Welland and Niagara Falls. It flows from its source just south of Hamilton, Ontario to meet the Niagara River. 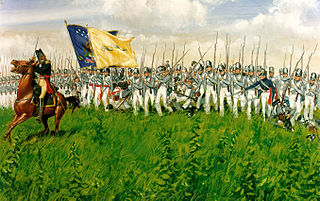 The Battle of Chippawa was a victory for the United States Army in the War of 1812, during its invasion on July 5, 1814 of the British Empire's colony of Upper Canada along the Niagara River. This battle and the subsequent Battle of Lundy's Lane demonstrated that trained American troops could hold their own against British regulars. The battlefield is preserved as a National Historic Site of Canada.

William Hamilton Merritt was a businessman and politician in the Niagara Peninsula of Upper Canada in the early 19th century. Although he was born in the United States, his family was Loyalist and eventually settled in Upper Canada. Merritt fought in the War of 1812, was captured by the invading American forces, and held as a prisoner of war. After the war, he returned to the Niagara region and began a career in business. He was one of the founders of the Welland Canal.

Samuel Street, also known as Samuel Street Jr, was a Canadian businessman and government official in Upper Canada who became one of the richest men in Upper Canada. Born in Farmington, Connecticut, he moved to Chippawa, Upper Canada, after his father was murdered. In Chippawa he lived with his uncle, Samuel Street, who introduced him to the local business community. In the early 1800s, he entered into various partnerships with other businessmen and purchased mills in the Niagara region. His most prominent partnership was with Thomas Clark, and together they used the profits from the mills to lend money to various people in Upper Canada, further increasing their wealth. They also purchased property throughout Upper Canada, employing agents to help with the purchases, and lending money to local officials in exchange for notification of property that was to be cheaply sold. He bought shares in banks and transportation companies and held debentures with the Upper Canadian government and regional governments. He was a prominent member of the Niagara business elite and was hired to be an executor for other prominent members. He was also a military commander of the 3rd Lincoln Militia, become a colonel of the militia in 1839. He died in Port Robinson, Upper Canada, and his estate was given to his son, Thomas Clark Street, and four daughters.

James Durand was a businessman and political figure in Upper Canada.

Sir Edward Kenny, was a Canadian politician and businessman. He co-founded the Union and Merchants' banks and served as Mayor of Halifax. He was a Conservative senator from 1867 to 1876.

Thomas Clark was a businessman and political figure in Upper Canada.

Thomas Dickson was a businessman and political figure in Upper Canada.

Thomas Rodman Merritt was a businessman and political figure in Upper Canada, later Ontario, Canada. He represented Lincoln in the House of Commons of Canada as a Liberal member from 1868 to 1874.

James Rea Benson was an Ontario businessman and political figure. He represented Lincoln in the 1st Canadian Parliament as a Liberal-Conservative member until March 14, 1868, when he was named to the Senate of Canada for St. Catharines. 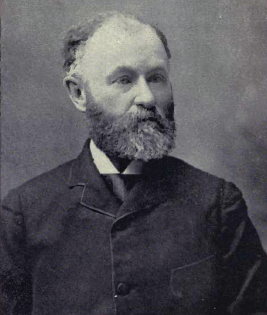 James Thompson Garrow, was an Ontario lawyer and political figure. He represented Huron West in the Legislative Assembly of Ontario as a Liberal member from 1890 to 1902.

George Bukator was an Ontario political figure. He represented Niagara Falls in the Legislative Assembly of Ontario from 1958 to 1971 as a Liberal member.

William Alexander Thomson was a Canadian author, railway promoter and political figure. He represented Welland in the House of Commons of Canada from 1872 to 1878 as a Liberal member.

Captain Edgeworth Usher was a British Loyalist. He served in the 3rd Regiment of the Lincoln Militia during the 1837 Upper Canada Rebellion. He was reportedly murdered by Benjamin Lett on the front step of his home, Milford Lodge, for his participation in the destruction of the American vessel steamer Caroline.